We have a print hanging on our sitting room wall called River Dart by Terence Millington. 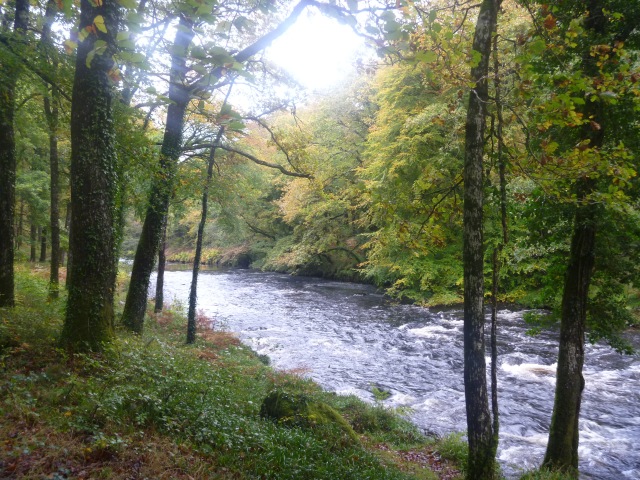 The River Dart at Holne

Devon is one of our favourite holiday destinations and this week we’re staying near the lovely Stannary town of Ashburton. Our cottage is on an estate that borders the beautiful River Dart. There’s a path from our cottage that takes you right down to the swift-flowing river which borders the Holne Chase estate.

The River Dart near New Bridge

This 42 mile long river rises as 2 branches – East and West Dart – in the Okehampton area of Dartmoor.  The two branches join on Dartmoor at Dartmeet and from then on the single river slips past our cottage ‘home’, flows swiftly down under Holne Bridge and then runs parallel with the road and the railway line towards Totnes, from where for the final 8 miles the river is navigable.

It was  at Totnes, on a beautiful November morning, that I boarded the Dart Venturer for a gentle cruise down the river to Dartmouth.

Not far from Totnes is the Sharpham Estate, an award-winning vineyard that hugs the right-hand bank of the river for about two and a half miles. 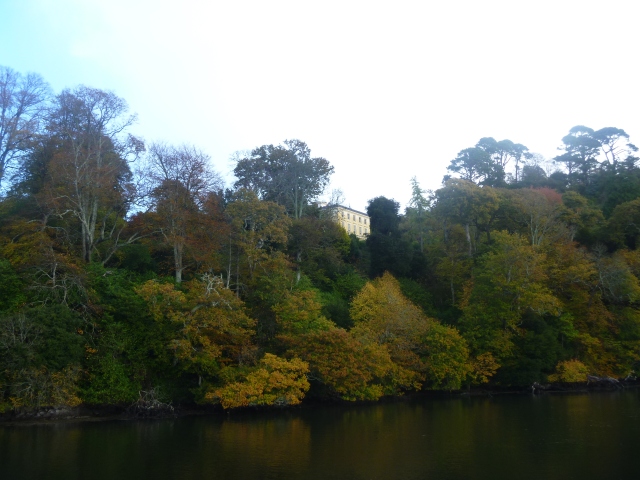 We passed three villages: Duncannon, Stoke Gabriel and Dittisham, Agatha Christie’s former home Greenway (above) and Sir Walter Raleigh’s boat-house. As the boat glided through the still waters it was fascinating to look out for wildlife along the banks – we even spotted a seal bobbing in the water. Bird life included egrets, herons, swans, a cormorant, a buzzard and masses of Canada geese.

As we neared Dartmouth (and its opposite neighbour, Kingswear) the river broadens and we watched naval cadets (above) from the nearby Britannia Royal Naval College for Officer Training (below), 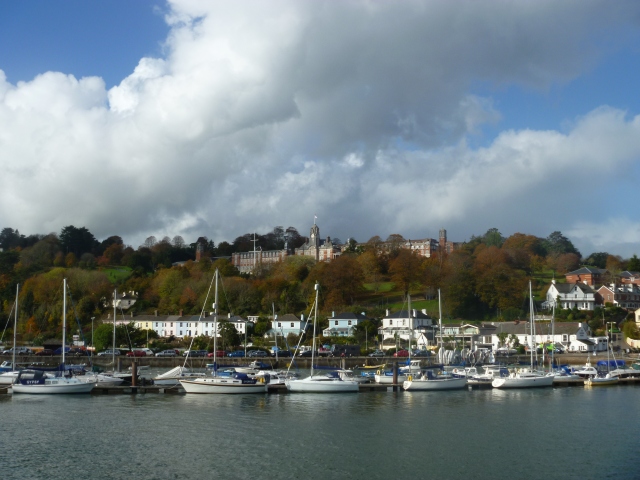 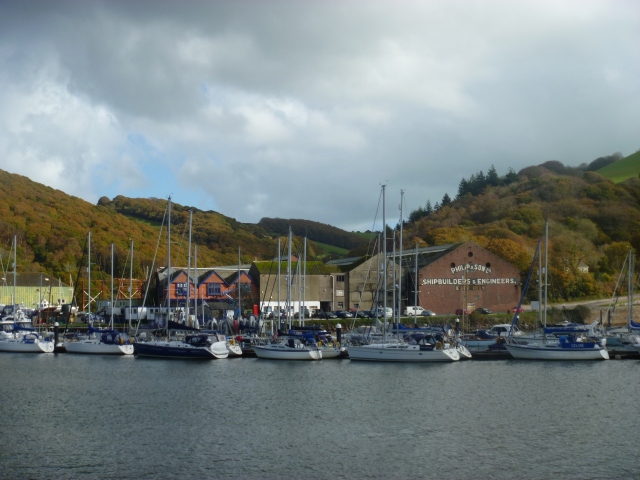 and saw empty and forlorn looking boat building yards that had supplied the nation with over 400 craft during the Second World War. Have a hanky ready if you want to watch the following video about the demise of Philip’s.

At Dartmouth we disembarked from the cruise an hour and a quarter later at the only railway station in Britain that has never been served by a railway line. It was built in anticipation of the railway reaching the town but local efforts to prevent it crossing the Dart were successful and in the end the line had to terminate at Kingswear.

The Dart Estuary at Dartmouth

7 comments on “A River Runs Through It”