On a recent visit to London I had time enough before catching my train home to visit Somerset House. I’d earmarked three exhibitions – none of them big blockbusters – all in the same venue.

END_OF_DOCUMENT_TOKEN_TO_BE_REPLACED

On our last day we had make the difficult decision as to what we would do and where we would go. We still had several “must-sees” on our list. In the end we settled on heading to the very northern tip of Rügen to visit two famous lighthouses and walk to the picturesque fishing village of Vitt. We would then drive and walk to a Neolithic burial ground (Nobbin). Travelling via the village of Altenkirchen we would then take the car Wittower car ferry over the Breetzer Bodden and finally visit the village of Gingst with its handicrafts museum, cafe and bookshop.

We caught the little road train from Putgarten to Cap Arkona

END_OF_DOCUMENT_TOKEN_TO_BE_REPLACED

The evening of Wednesday 21st June 2017 found us in Rügen’s tree tops eating and drinking our way up, up up and along to view the midsummer sunset at the “Natur erbe Zentrum” [natural heritage centre of Rügen]. It was an evening to remember although sadly the sunset was overshadowed by cloud. 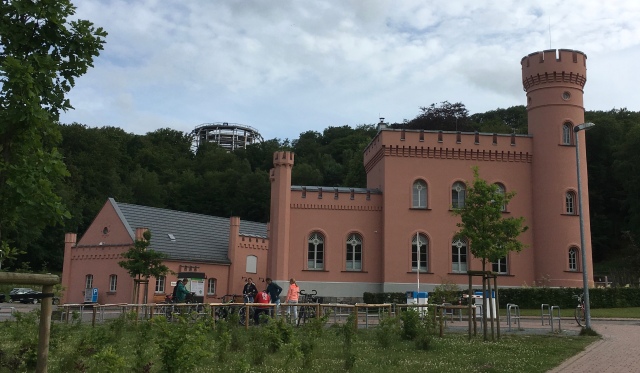 The offices and start point for walking in the tree tops

END_OF_DOCUMENT_TOKEN_TO_BE_REPLACED

When we arrived on Rügen the first place we stopped at was Bergen. It’s about as central as you can get and one of the bigger towns. We were lucky to decide on the first cafe we came to and found it to be old-fashioned and characterful. Cafe Meyer 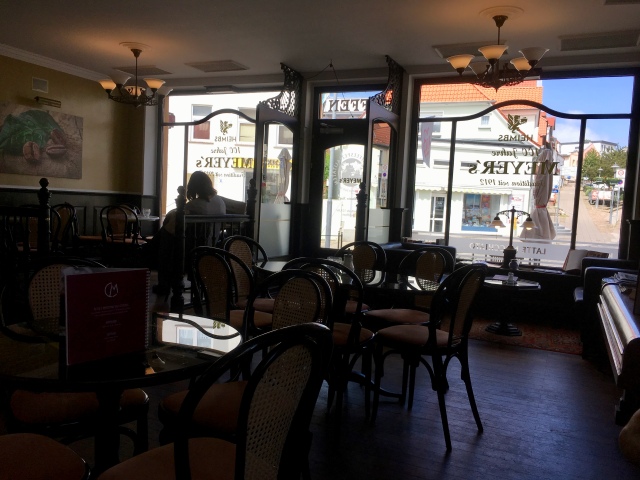 END_OF_DOCUMENT_TOKEN_TO_BE_REPLACED

Day three’s walk included a boat trip to the island of Hiddensee. The ferry from Schaprode sails out to Neuendorf around midday and we were able to catch a return ferry from Kloster in the late afternoon.

Hiddensee is the long, thin strip of land to the west of the coast of Rügen

END_OF_DOCUMENT_TOKEN_TO_BE_REPLACED

It’s interesting that just as I was about to write this post I read an article in the Weekend Financial Times entitled “Golden Sylva“. Basically, it’s about an architect in Germany using his own woodland to build his own low-energy house. The woodland has been owned by his family for centuries … “Frey is not alone in Germany with his love of woods. The citizens of Europe’s leading industrial economy are deeply attached to their trees. About 2 million people in a population of 80 million possess at least a patch of woodland, often no larger than a copse but nonetheless a personal treasure … in German culture, the tree is uniquely significant. As Hans-Peter Friedrich, a former agriculture minister, says : “You find woods in every German story”.”

The article goes on to explain what Mr Frey is doing and how he is going about the construction etc. but later it reverts back to the tree-related roots of Germany’s founding myth and the importance of woods in German art, music and literature.

END_OF_DOCUMENT_TOKEN_TO_BE_REPLACED 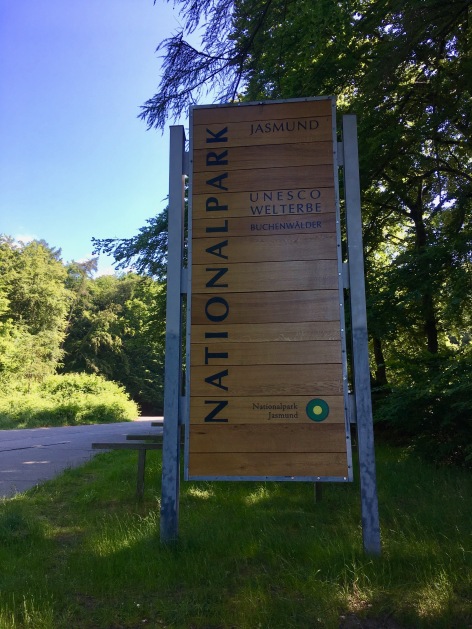 The Chalk Cliffs Walk in the Jasmund National Park is not to be missed. Our first day on Rügen was a Sunday and we thought the Park would be busy so we opted for it to be our second walk on the Monday.

END_OF_DOCUMENT_TOKEN_TO_BE_REPLACED

Towards the end of our hike on the Zicker Alps and through Gross Zicker we came across the delightful little village church. We’d decided  not to stop and look at the Pfarrwitwenhaus Museum but the little church tempted us in and we were glad to have a look round.

END_OF_DOCUMENT_TOKEN_TO_BE_REPLACED

The Zicker Alps in the furthest southeast corner of Rügen