This week I’ve been staying at lovely Lynch Lodge in the sleepy village of Alwalton, right on the edge of the city of Peterborough.

“Lynch Lodge was re-erected around 1807 as a rather grand entrance to the three mile long drive to Milton Park, which was then owned by the Fitzwilliam family. It had been moved from the Drydens’ house at Chesterton when their house was demolished. So, the taller part of the Lodge predates the rest of the building by some 200 years when it stood as a Jacobean porch further away. Families who inhabited the Lodge would have done so to primarily serve the owners of the estate by opening and closing the gates.”

END_OF_DOCUMENT_TOKEN_TO_BE_REPLACED

The week before last, en route to Clare in Suffolk, where I stayed for a few days, I broke my journey at Woolsthorpe Manor in Lincolnshire.

Woolsthorpe was the birthplace of polymath and ‘Renaissance man’ Sir Isaac Newton (1643–1727).

END_OF_DOCUMENT_TOKEN_TO_BE_REPLACED 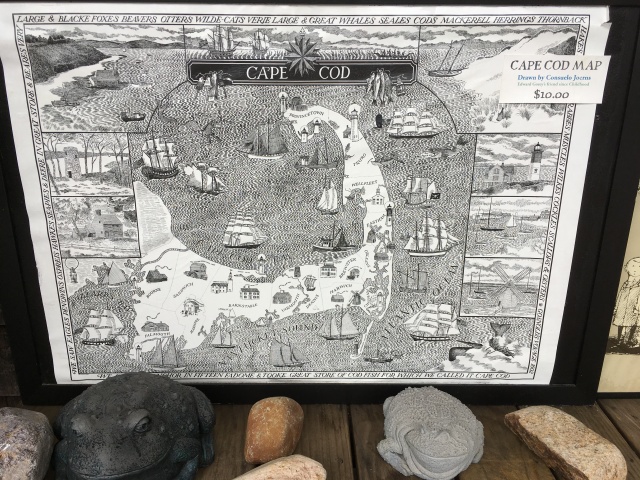 Map of Cape Cod by Consuelo Joerns, a friend of Edward Gorey, on sale in the shop

On our first return to Cape Cod in 2008, after an interval of  29 years, I discovered The Edward Gorey House and made a visit and posted my photos here. On our last Saturday of this year’s trip, after checking out of our Airbnb in Barnstable, I made a second visit to the house.

END_OF_DOCUMENT_TOKEN_TO_BE_REPLACED

Day three’s walk included a boat trip to the island of Hiddensee. The ferry from Schaprode sails out to Neuendorf around midday and we were able to catch a return ferry from Kloster in the late afternoon. 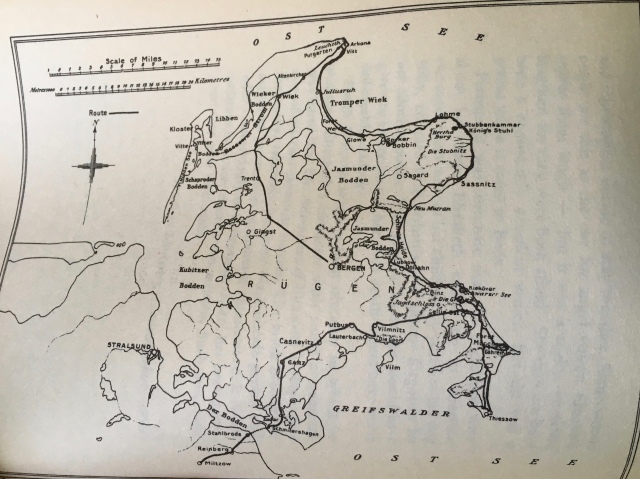 Hiddensee is the long, thin strip of land to the west of the coast of Rügen

END_OF_DOCUMENT_TOKEN_TO_BE_REPLACED

There’s a walk that I’ve been looking forward to doing for several years. I found it when searching for more information about The Manor House, Hemingford Grey the location of Lucy Boston’s book “The Children of Green Knowe”. More recently, I read about Lynne’s visit to The Manor House on her blog The Dovegreyreader Scribbles. The walk appeared to have all the ingredients of a pleasant morning out in the Huntingdonshire countryside. So, as I happened to find myself here in Huntingdon this morning, I decided to try it out.

The 5 mile walk starts from the National Trust car park at Houghton Mill where there’s a Tea Shop and it’s possible to borrow a copy of the walk.

END_OF_DOCUMENT_TOKEN_TO_BE_REPLACED

Lübeck is proud to claim three Nobel Prize winners among its residents: Thomas Mann (1875-1955) Nobel Prize for Literature in 1929);  Willy Brandt (1913-1992) Nobel Peace Prize in 1971; and Günter Grass (born in Danzig in 1927 died Lübeck 2015) Nobel Prize for Literature in 1999. All three claim this Hanseatic city as their home. The writer Thomas Mann was born here and for the first 18 years of his life called this city on the river Trave his home. The politician Willy Brandt was also born in Lübeck and, similarly, spent his formative years in the Hanseatic city. The author Günter Grass moved to Lübeck at the age of 68 – to be, as he once stated, “closer” to Thomas Mann and Willy Brandt.