Today I received a fund-raising email from the Landmark Trust to encourage support for donations to help save Belmont House in Lyme Regis.

Follow this link to read more about the house and its present desperate state :

Belmont was the former home of two interesting people. During the 18th century it was the home of Mrs Eleanor Coade the lady who devised a formula to mass produce architectural embellishments and statuary of the highest quality which she named ‘Coade stone’. And between 1968 and 2005 it was the home of novelist John Fowles and it was here that he finished his most famous work “The French Lieutenant’s Woman”. Lyme Regis is the setting for the book. It was through his generosity that Belmont was left to the Landmark Trust. The Trust’s website explains why further funds are needed to restore the house and make it habitable for future holiday lets through this unique organisation:

“Belmont stands empty, decaying and at risk and urgently needs funds to enable its restoration. The Grade II* house is a fine, early example of a maritime villa, a new building type that sprang up in the second half of the 18th century with the rising popularity of seaside holidays. Today the fabric of the building is deteriorating, the parapet is sagging, there are rotten wall plates and lintels, the stone skin is coming away and water is trapped behind impermeable cement render.”

Lyme Regis is a delightful and interesting little seaside town on the Dorset coast. Each year for the past five years I have spent a week at nearby Branscombe in Devon and on each occasion I have visited Lyme at least twice. On three occasions I’ve been fossil hunting (without any luck!) for Lyme lies within the World Heritage Site Jurassic Coast.

Lyme has a promenade and sandy and pebbly beaches. You can tell which is the sandy one by the numbers of people crammed into the small area where huge amounts of sand were imported from Normandy. A lot of effort; but it has made a huge difference. I’ve never actually managed to get onto the beach as there is always so much more of interest to me. There’s a High Street crammed with shops – many of them small and individual and very many of them selling or in some other way connected with the fossils that are Lyme’s trademark. 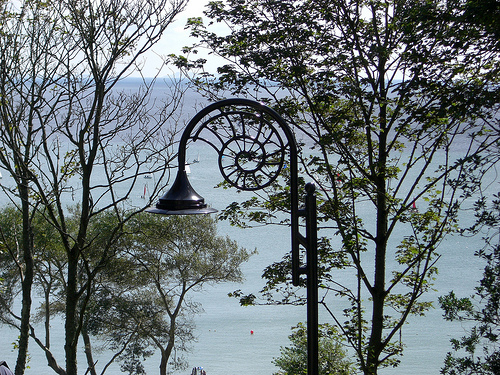 The Philpot Museum is well worth a visit, or several. Fossil Hunts are organised from the Museum. Lyme Regis has a colourful little harbour/marina protected from the sea by the famous Cobb – mentioned in Jane Austen’s ‘Persuasion‘ and featured in the film of Fowles’ ‘French Lieutenant’s Woman’. By the Cobb is the fascinating Marine Aquarium. There is good food to be had from the small cafes along the promenade, to the Town Bakery, to Hix Oyster and Fish House. 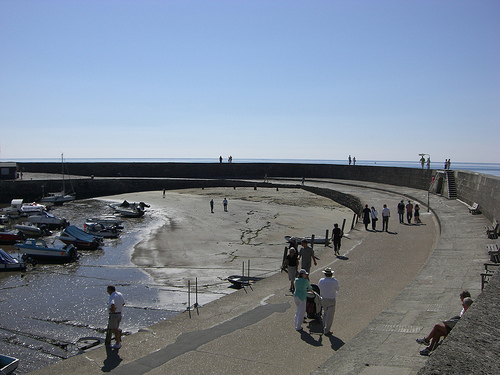 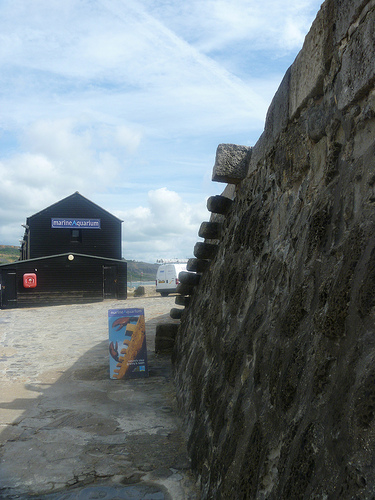 Belmont, Lyme Regis : “Mrs Coade made it; John Fowles loved it. Now it must be saved.”

8 comments on “Help save Belmont – a literary landmark in lovely Lyme Regis!”