In one of the sitting rooms of the main building at The Moulin de la Tuilerie, or The Mill, as it is sometimes called, is a mural painted above the fireplace. It was put there by the Duchess of the Windsor and it says “I’m not the miller’s daughter but I’ve been through the mill.”

Over the years since 1734, the best date that can be given for the main building at Le Moulin de la Tuilerie, The Mill at Gif Sur Yvette has had many incarnations. The most glamourous being during the 1950s when it was the weekend home of the Duke and Duchess of Windsor. They bought the house in 1952 from the artist Drian and set about making renovations and improvements to both the house and the garden. During the 1950s and 1960s they were entertaining celebrities and the glitterati at weekend parties here just a 30 minute drive from their home in the Bois de Boulogne in Paris.

Here is an interesting introduction  to Le Moulin and some comments by the daughter of one of the gardeners who worked with the Duke of Windsor.

Looking at old pictures of the Mill I really do think that the Duke loved pottering in the garden. Russell Page, in his book, The Education of a Gardener makes several comments about the Duke’s choice of plants and about his keen interest in the garden in general.

Photo from The Windsor Style by Suzy Menkes.

The Garden at The Mill Today

“It was a lucky day for the Duke of Windsor, who loves stones as well as streams, when in his garden near Paris, he found the remains of an old quarry with enough stone to pave all the garden paths. We used them with fairly wide mortared joints in the enclosed garden, and spaced more widely and with grass between, in the wilder parts outside the garden walls.” (Russell Page – The Education of a Gardener)

Both of my visits have been in May so very few flowers have been in bloom and the garden is generally tidier and less fussy than in the Windsor’s day. 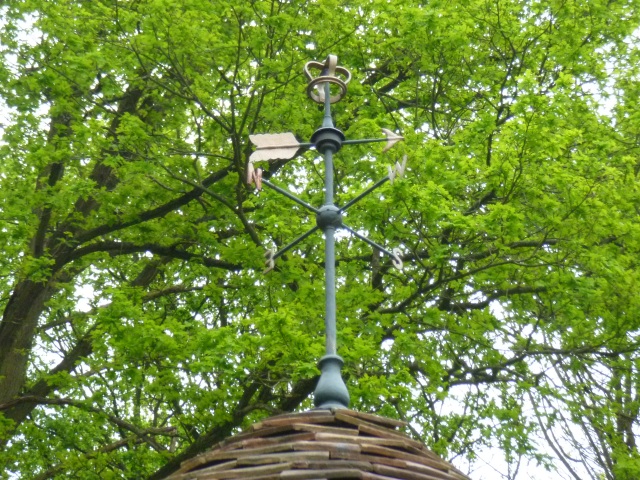 When the Duke and Duchess of Windsor lived here at the weekends and entertained their guests the grounds contained a swimming pool and a tennis court. Today these are overgrown and have all but disappeared. The pool was filled in but standing by it and still topped by a weather vane complete with coronet is a little round changing hut.

Photo from The Windsor Style by Suzy Menkes.

The garden at The Mill today 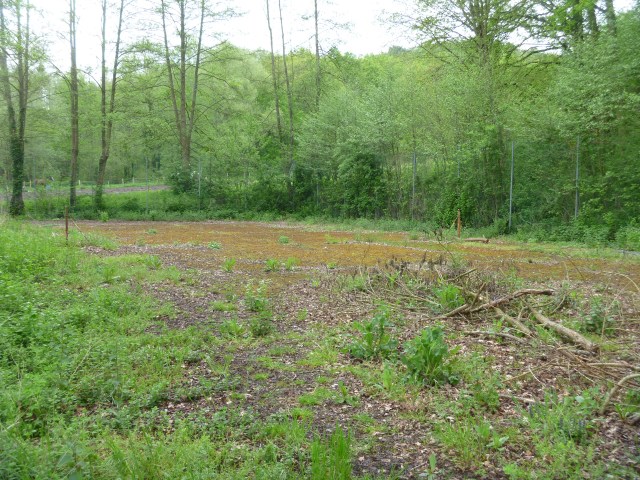 Evidence of the Duke and Duchess’s love for their pet pugs can be seen everywhere at The Mill. In the pictures hanging in each property, in the books in each library, on the cushions and by the fact that little individual tombstones were made for each pug that passed away and was buried in the Mill grounds. 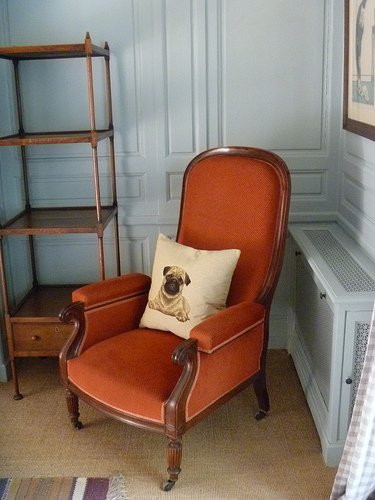 The stones have been moved and now lie or stand near one of the garden gates. 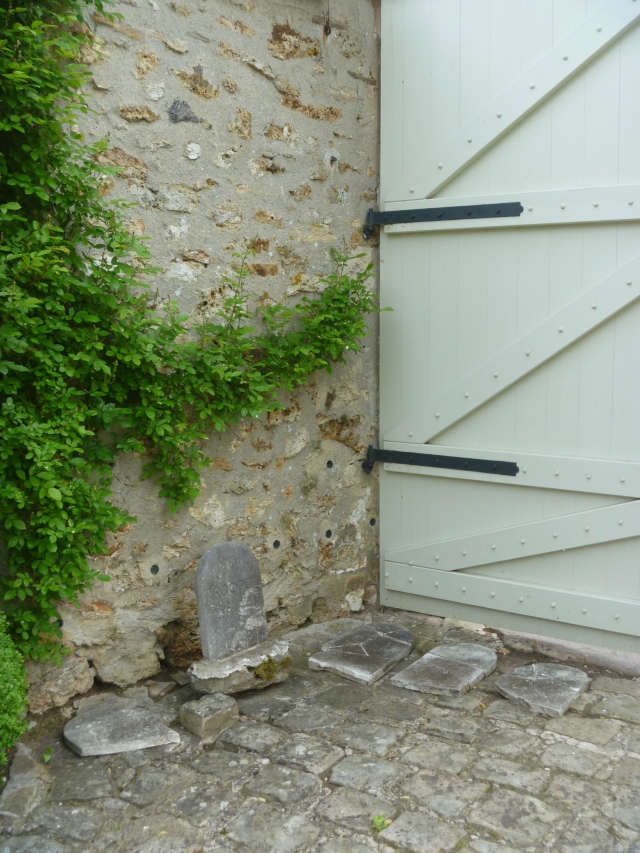 Of course, as our own contribution to try to bring Le Moulin back to its former glory we brought our very own pug Alfie to stay. He found that he had a taste for the Royal life and did not want to get back in the car to come home! 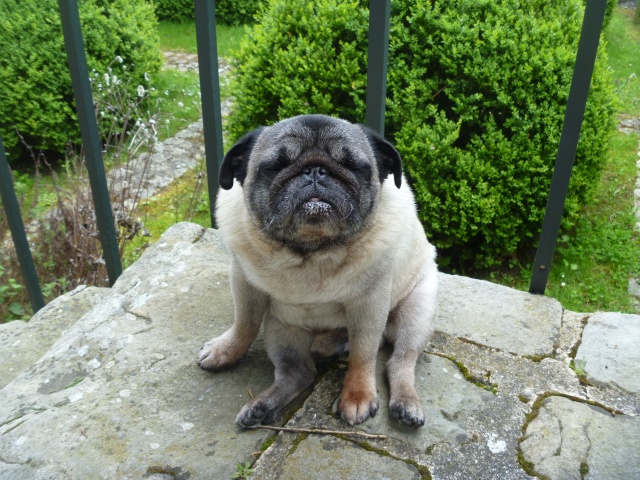 6 comments on “The Lost World of the Windsors”

Leave a Reply to A Step from the House is a Step into Nature : the Grounds and Gardens at The Mount « miladysboudoir Cancel reply