Well, we only touched the tip of the iceberg on our visit to Belfast. Our day was divided into three – time to look around the centre unaccompanied, a bus tour with a Blue Guide and the Titanic Experience – Belfast’s all new, all singing, all dancing visitor attraction!

Our coach dropped us off bright and early in the centre of Belfast on Great Victoria Street. We crossed the road and went to peer in the windows of the beautifully preserved Crown Liquor Saloon. This pub, right opposite the most bombed hotel in the world – The Europa Hotel – is now owned by the National Trust. In fact it was the first pub that the NT ever took over in 1978.

Of course, the pub wasn’t due to open until 11.30 by which time we would be well into our city tour but we were lucky enough to catch an employee who very kindly showed us into the side door for a quick look round and gave us each a leaflet on the history of the bar. Dating back to 1826 it was originally called The Railway Tavern but in 1885 the son of the then owner, being a student of architecture, decided to brighten up the old family bar. It was mainly due to skilled Italian craftsmen employed elsewhere in the city who supplemented their incomes by moonlighting at The Crown and who made it the prize gem of Victoriana that it still is today. 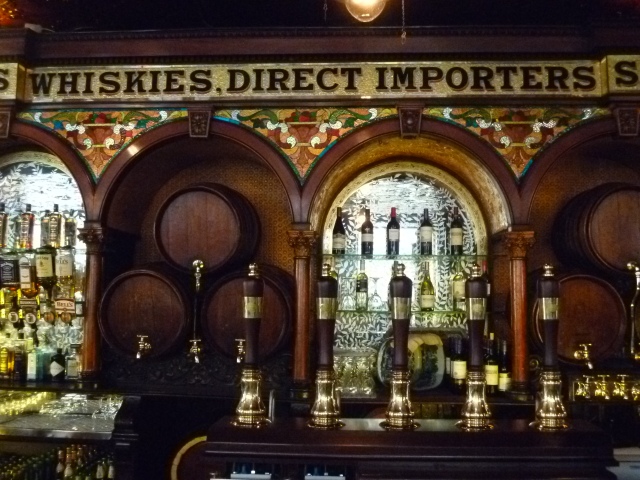 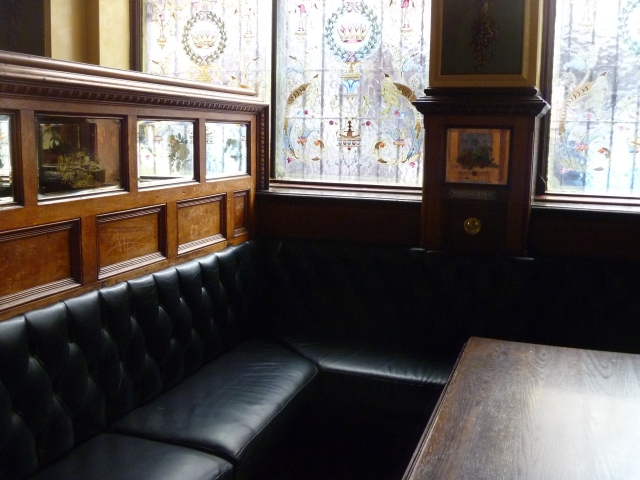 We decided to stay around the centre of Belfast in the area around Donegall Square in the middle of which is the City Hall. We discovered on the guided tour that it is possible to book a tour of the building, that it houses a decent cafe called Bobbin and that there is a  Titanic Memorial Garden  in its grounds.

Then we came across a real treasure. 17 Donegall Square North is the address of the soon to be 225 years old Linen Hall Library. Founded in 1788 it’s a subscription library like The Leeds Library but it’s doors are open to the public.

You have to subscribe as a member if you wish to borrow books. It houses a very nice cafe and has exhibition space. The current exhibition is called ‘Troubled Images’ :

“All 70 political posters from our ‘Troubled Images’ exhibition, documenting the years of the Northern Ireland conflict, have been hung five storeys high in our Vertical Gallery.
The exhibition has travelled throughout the world to inform and educate the general public about the turbulent years of Northern Ireland’s ‘Troubles’. It’s now ‘home’ again and available for all to see.” 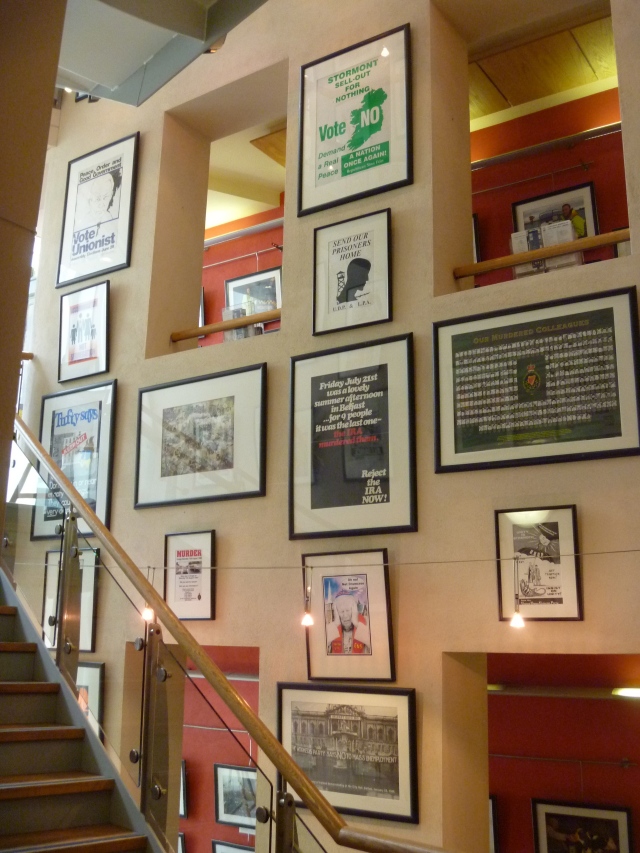 An Oasis of Calm in the busy City Centre

We re-joined our coach at 11 and enjoyed a 90 minute guided tour of Belfast learning many facts about the city and seeing The Queen’s University, the Grand Opera House, the (leaning!) Albert Memorial Clock, the River Lagan which forms the boundary between County Down and County Antrim, St Anne’s Cathedral, the Botanic Gardens, the Falls Road and, most significantly, Stormont, the seat of the Northern Ireland Assembly, and its surrounding parkland. 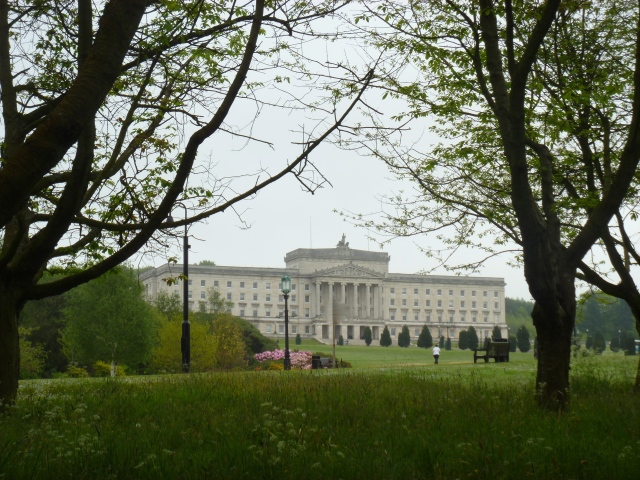 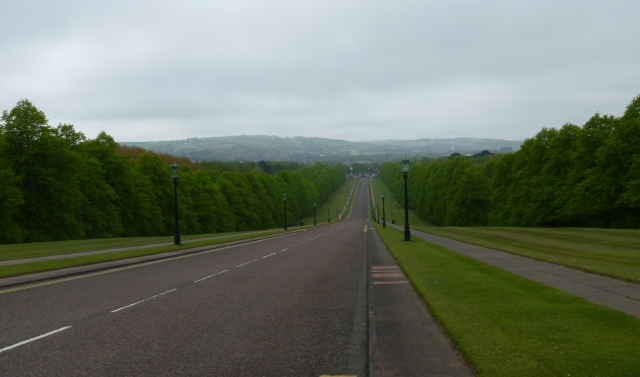 “And as the smart ship grew

In stature, grace, and hue,

In shadowy silent distance grew the Iceberg too.”
Thomas Hardy ‘Convergence of the Twain’
Our destination for the afternoon was the brand new, recently opened Titanic Experience. This fine visitor attraction was extremely well done with lots of variety and as much or as little information as you require but quite frankly I felt that I was suffering from Titanic overload after all the hoo-ha and media coverage that it has received over the last few months. It will be give a huge boost to the city which can only be good news and I wish Belfast well and all who sail her!