One thing I really hoped to see on my walking tour in Alsace was a stork on its nest. And my wish came true as we arrived at Dambach-La-Ville at the end of our first day’s walking. I used to read a book called ‘The Wheel on the School’ by Meindert Dejong to my sons when they were young. 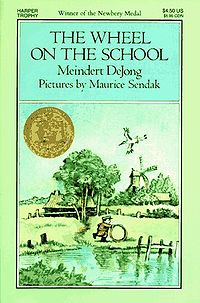 It’s the story of a village in Holland that the storks have forsaken and the efforts made by the villagers and especially the school children to encourage those birds to come back. Although this story is set in Holland I knew that storks could also be seen – if one was lucky – in Alsace. I was reminded of the Alsace-stork connection as we came across countless images of storks in every conceivable place during our journey. 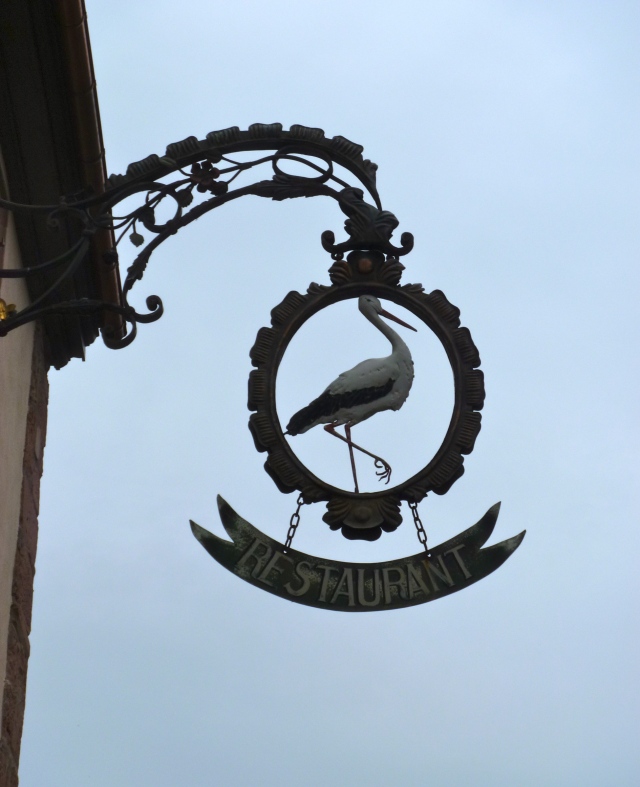 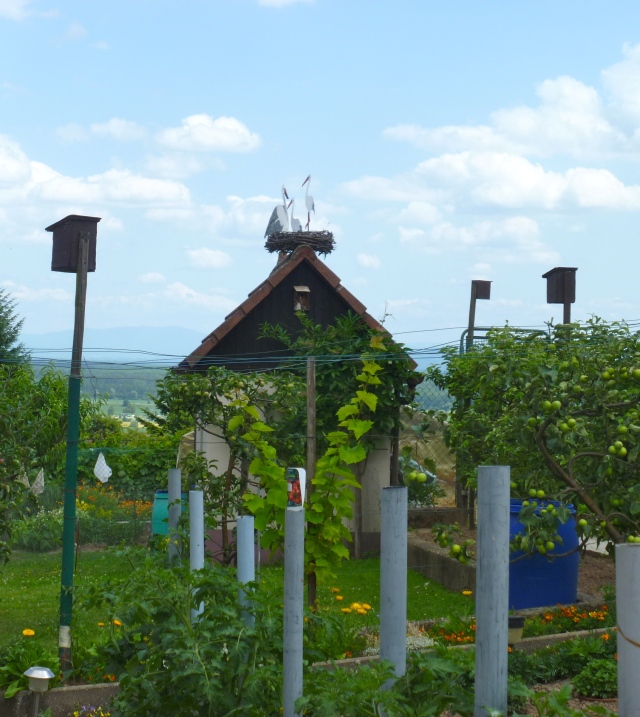 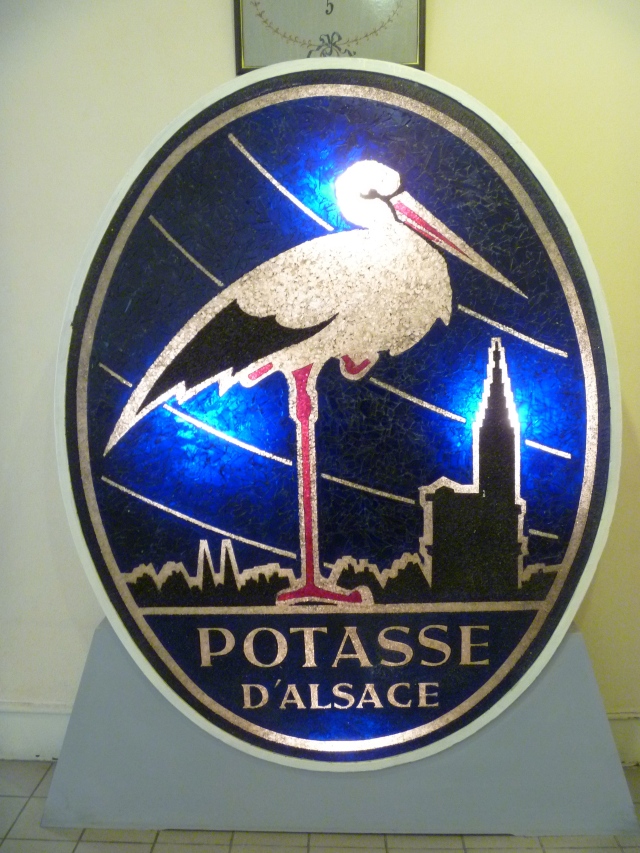 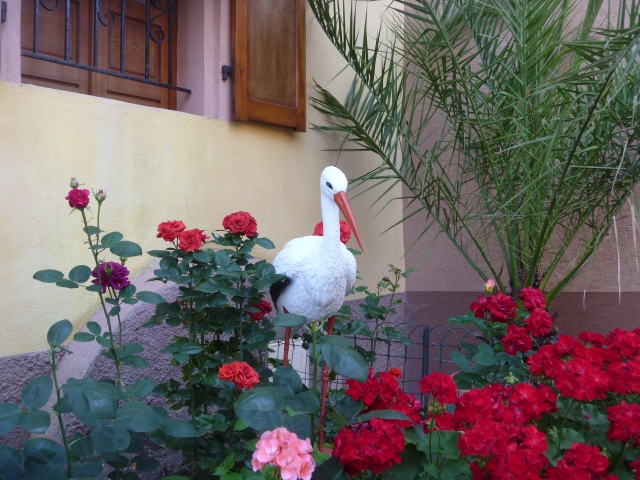 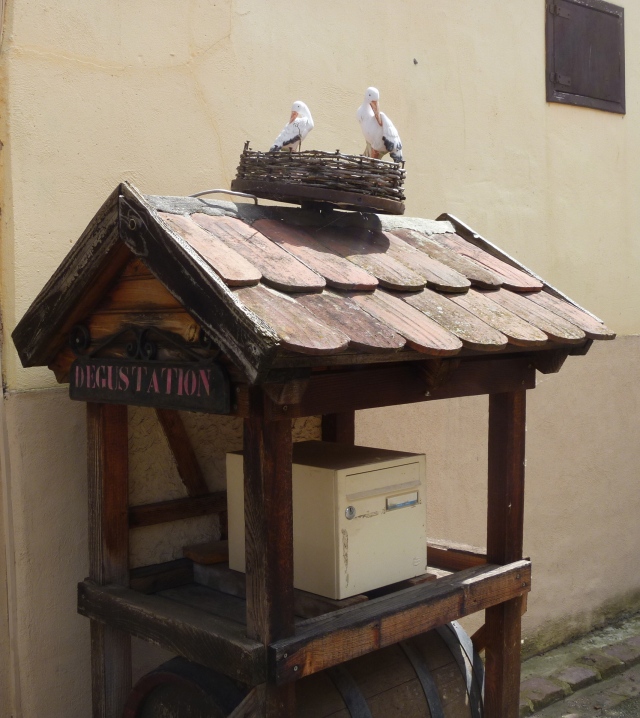 We saw storks again on the next day in the small town of Chatenois and had one further spotting of a stork in flight from its nest at Ribeauville on the third day. 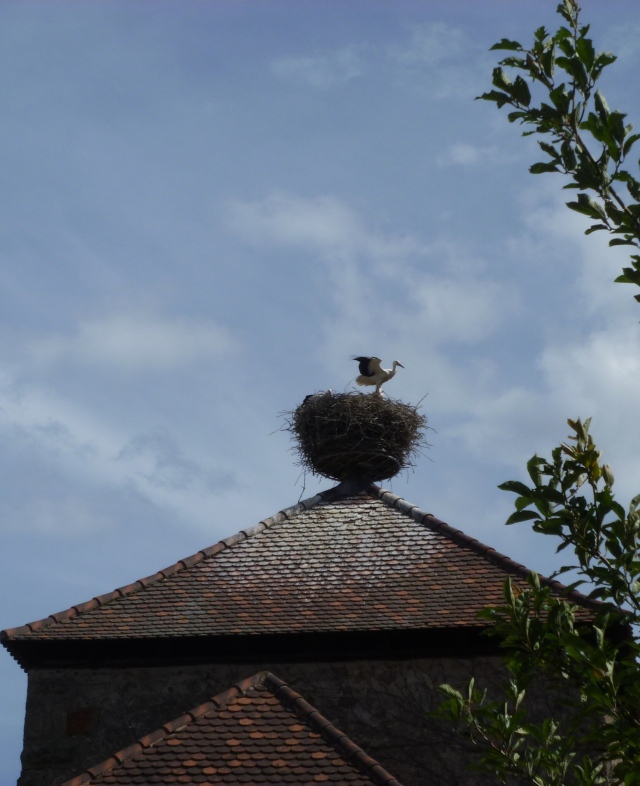 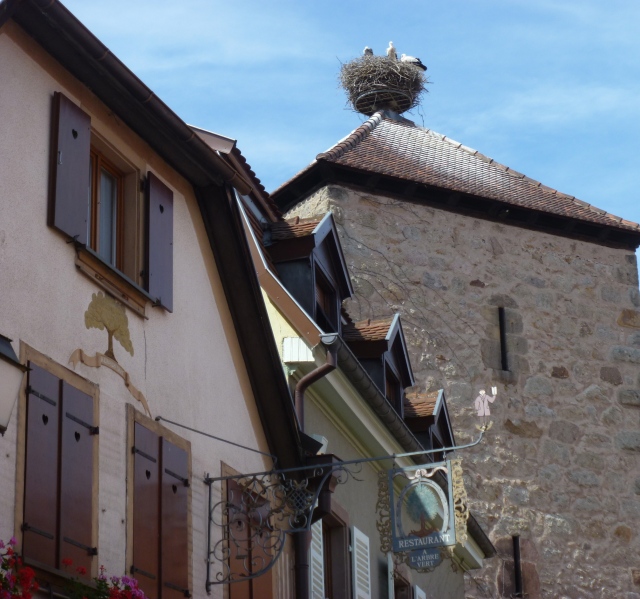 The storks we saw were White Storks – the best known of the 17 species of the stork family. With their long broad wings these long legged birds can apparently fly to great heights on upward convection currents.

Storks are a symbol of good luck and the traditional bearers of babies. 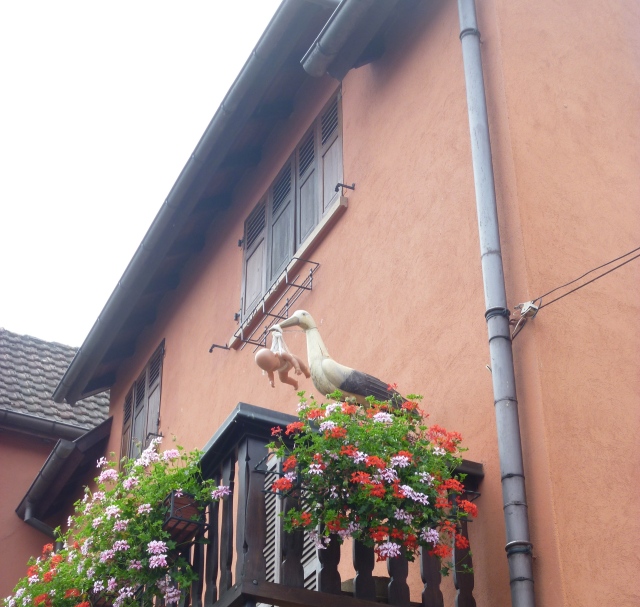 To encourage the storks to nest in the neighbourhood and therefore increase their chances of having good luck the villagers put up baskets or cartwheels. We saw many empty examples of these. Storks spend the winter in South Africa and think about heading north in March and April. They often return to their old nests adding to them and repairing them and in so doing increasing the weight and height of the nest substantially. The young birds tend to stay in the nests for about two months and I think we were lucky indeed to catch sight of occupied nests on our brief trip. 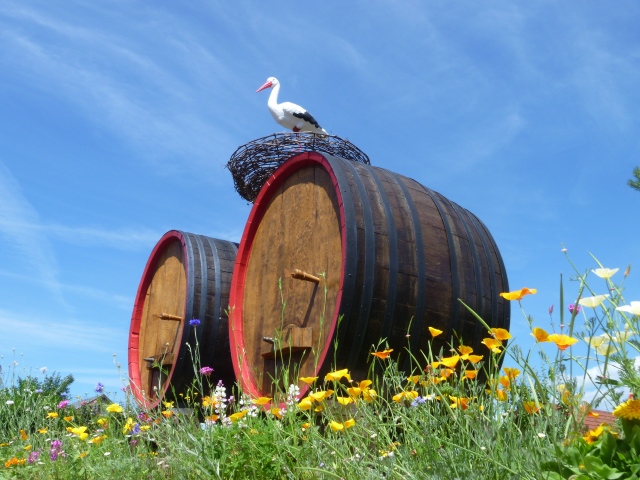 2 comments on “Ciconia ciconia – lucky to see you!”