Sunday 14th October was the 946th anniversary of The Battle of Hastings. Our guide Sally Lawless deemed it therefore a fitting date on which to embark on one of a series of new initiatives at the Harewood Estate: The Harewood Castle Tour.

Earlier in the year I’d picked up the leaflet ‘Medieval Harewood 2012 : step back in time … ‘  This outlined a series of events, workshops, tours, tours and walks. Of course, it was the walk that appealed to me. I’d seen some of the archaeological dig results at Gawthorpe Hall last October on my ‘Capability Brown’ walk and I decided earlier in the week to sign up to visit Harewood Castle today. 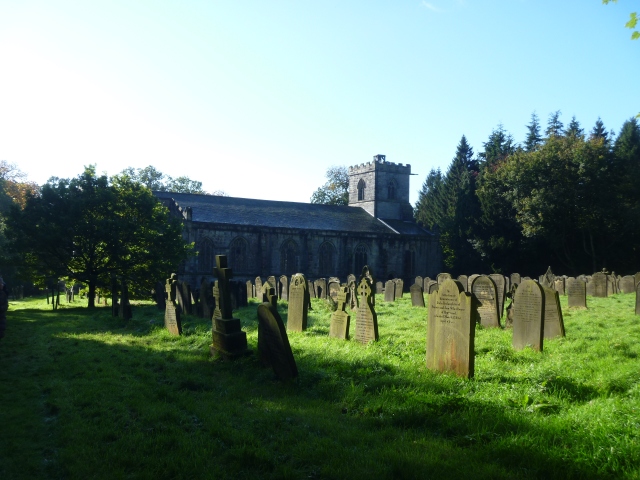 We all assembled in All Saints Church the Harewood Estate church which is now under the protection of the Churches Conservation Trust. Sally gave us a brief introduction to the church and the Harewood Estate in general. We were shown the important Alabaster Tombs – 6 pairs comprising some of the best surviving examples in England. All the figures represented had played a part in the history of the Castle. 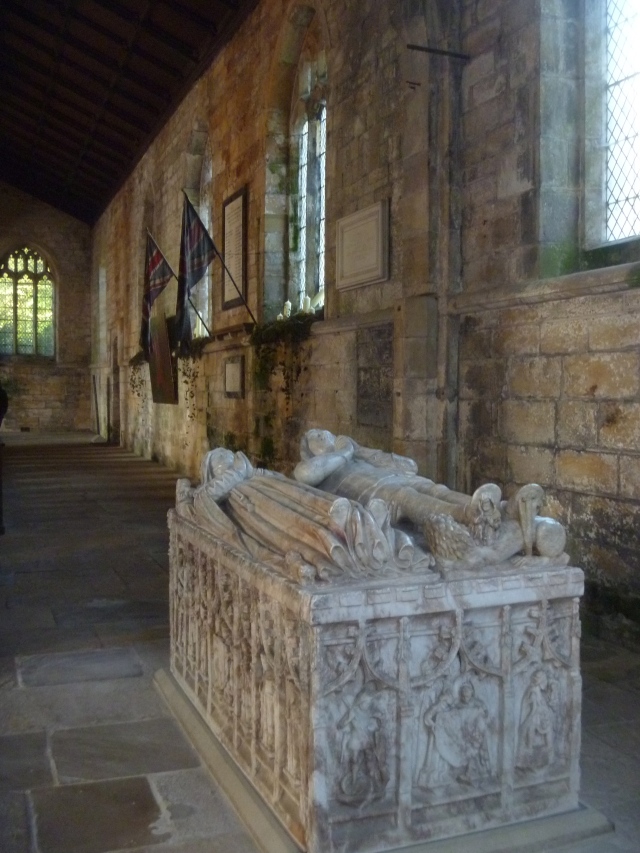 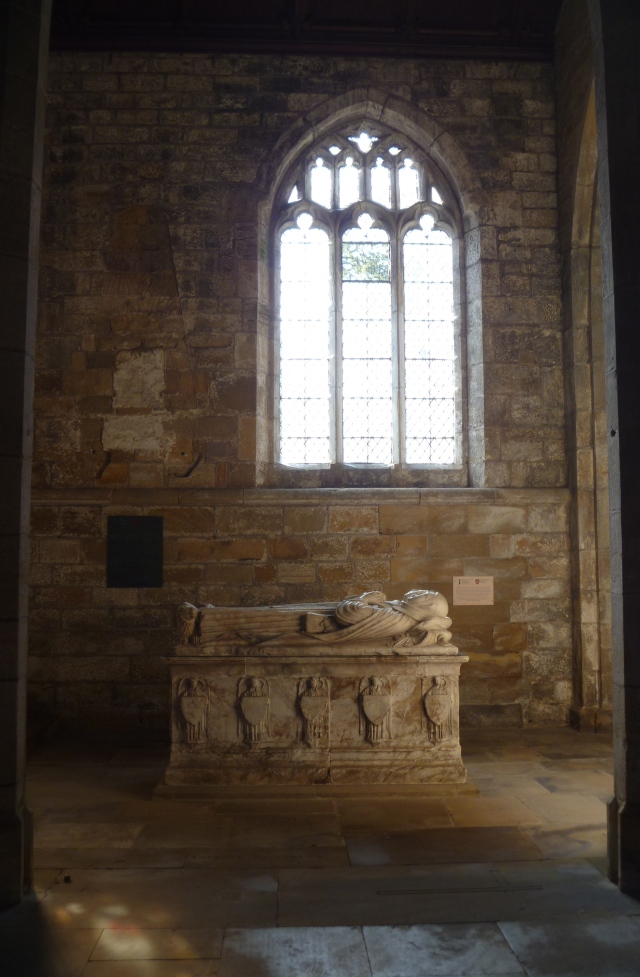 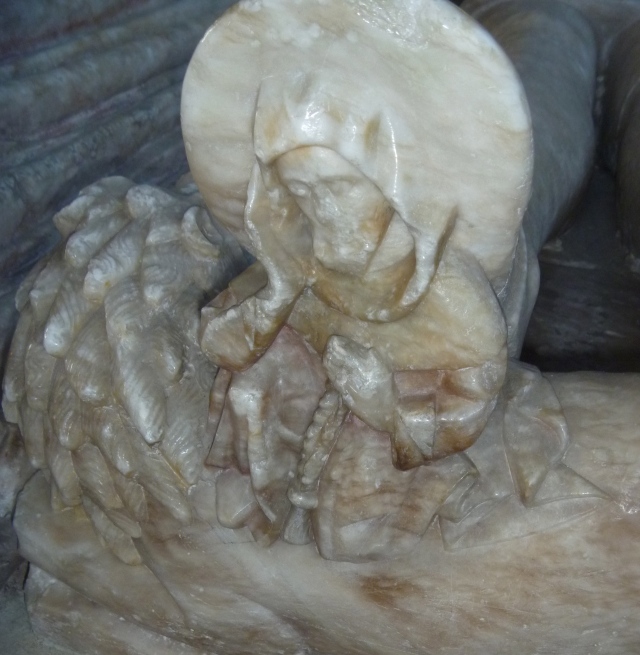 Close up of an alabaster beadsman or professional mourner

Then our walk began, through the churchyard where many of the estate and household workers are now buried, and out down a track to the public footpath Church Lane. This is was the former turnpike road between Tadcaster and Otley. It cuts through what was formerly the northern pleasure grounds of the Estate. 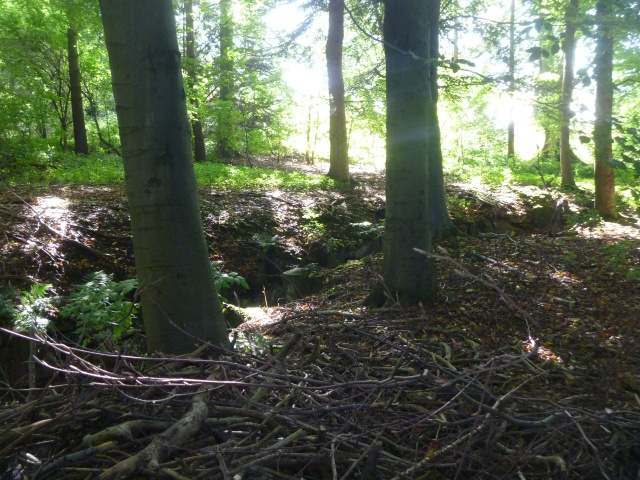 Sunken  tracks like this criss-cross the Harewood Pleasure Grounds

Peering over the wall we were fascinated to see the various tunnels and trenches which passed under the road so that  the vicar could reach his church and the local inhabitants cross the Estate without being seen by the Lord and Lady and their family and guests. 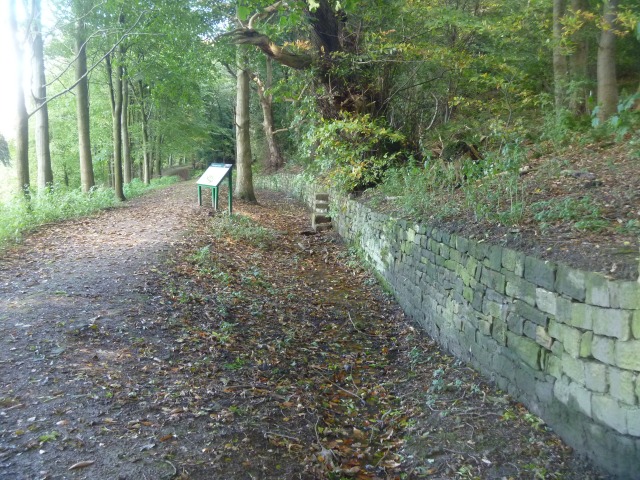 The Ha-ha approach to the Castle 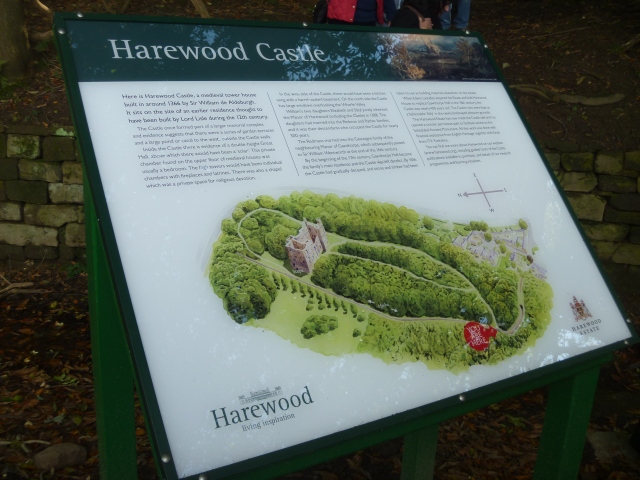 From Church Lane we entered the original Harewood village and proceeded down a deep walled public footpath to the Ha-ha which separated the Pleasure Grounds from the Deer Park –  where we could still see deer today. 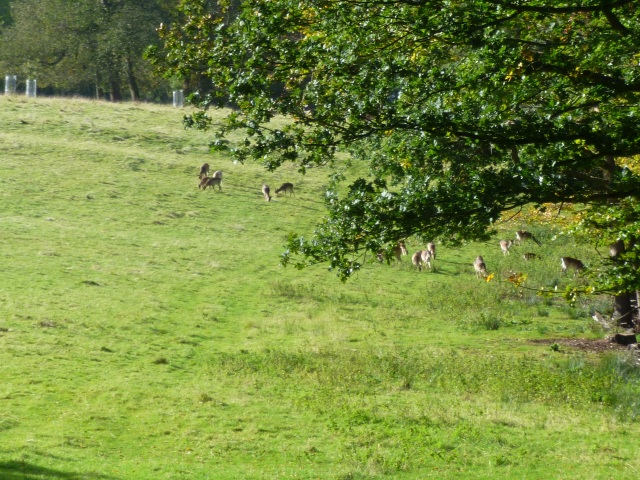 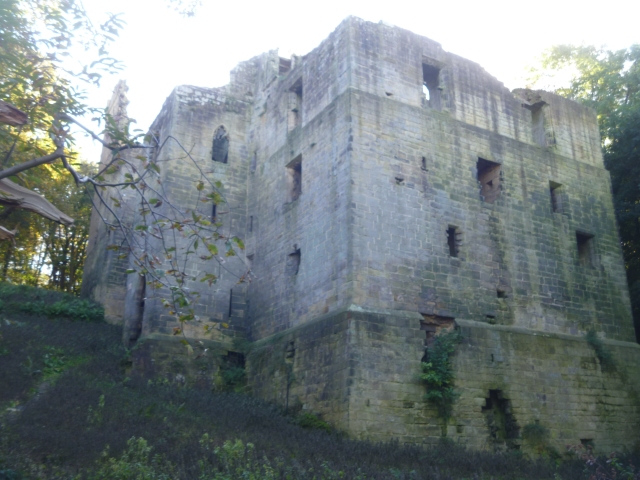 Harewood Castle built into the hillside looks out over Wharfedale

The Castle itself now stands very near to the A61 main road between Leeds and Harrogate but despite its size and proximity it’s almost impossible to see it from the road. There has been some tree clearance in the area lately and the view across Wharfedale can be seen more clearly. 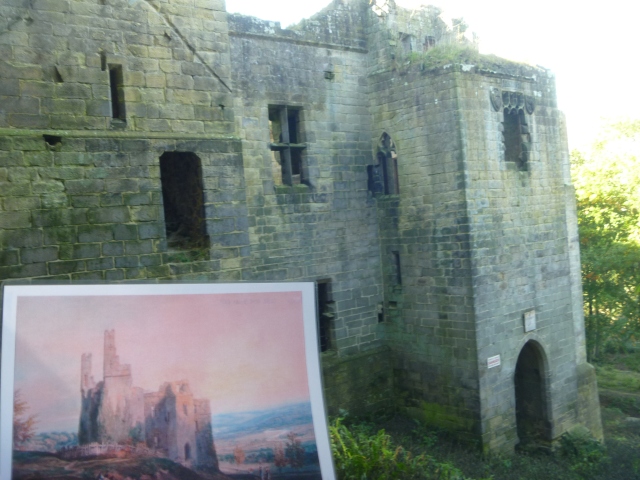 After hearing more about the history of the castle, comparing Turner’s watercolour views with today’s view we were admitted into the ruin and able to inspect more closely the layout and remains of the Harewood Tower House.

Following the path in a loop around the castle (it’s not open to the general public) we retraced our steps to the church where the tour finished. 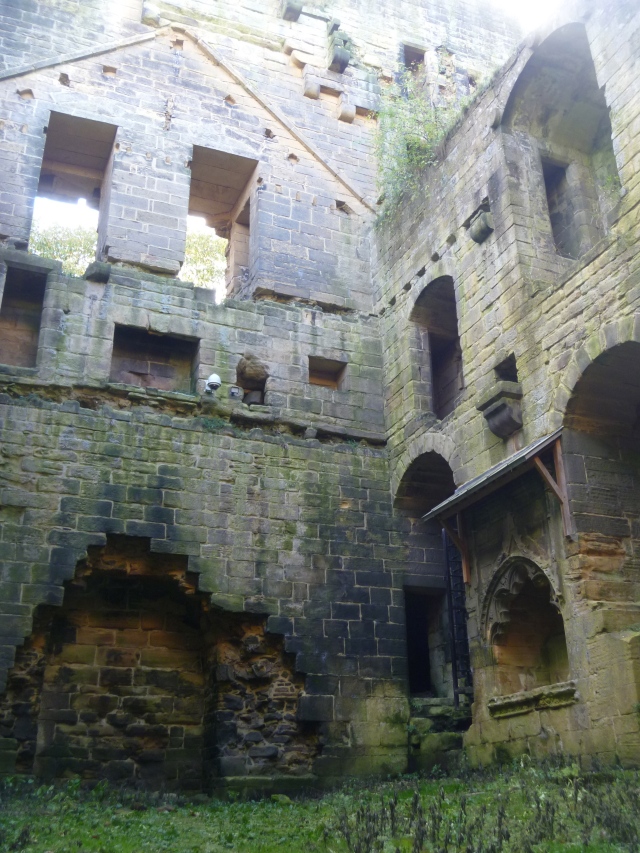 “Harewood Castle is technically not a castle but a fortified manse, a converted manor house. A ‘licence to crenellate’ (to fortify) was granted to William De Aldeburgh in the mid-14th century. Two families, the Redmaynes and the Rythers, whose tombs are in Harewood church, shared occupation during the 15th and 16th centuries. It was abandoned in the early 17th century and its stone and ornamental masonry plundered for use in other buildings nearby. By the late 18th century it was a picturesque ruin, painted by Turner, Varley, De Wint, Cotman and Buckler. It remained in that condition until 2004 when stabilisation work was carried out with financial support from English Heritage and matched funding from the Harewood Estate.” 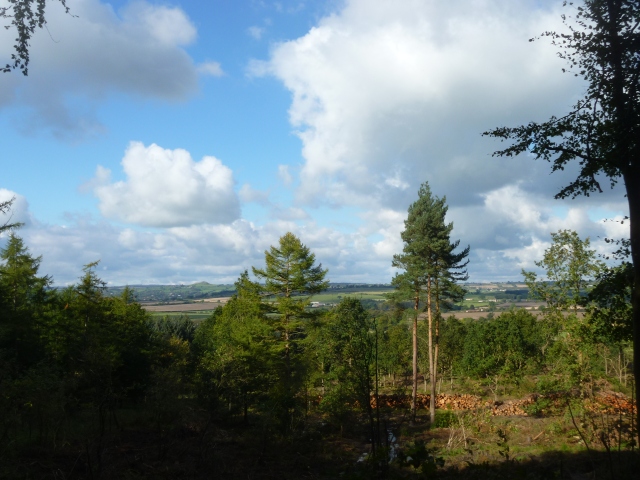 The View over Wharfedale

6 comments on “Built for Comfort not for Defence : Harewood Castle”