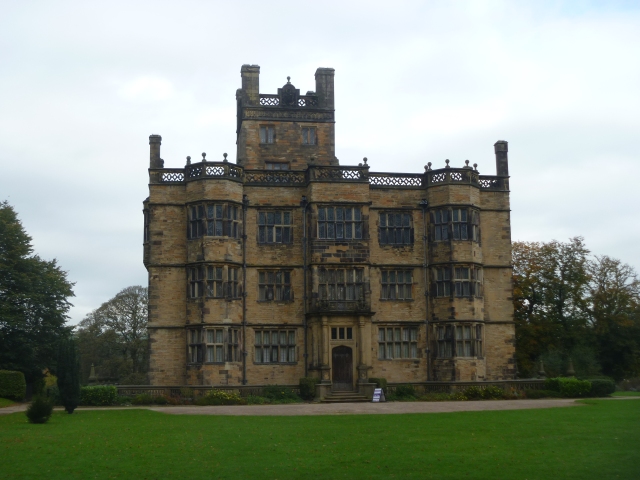 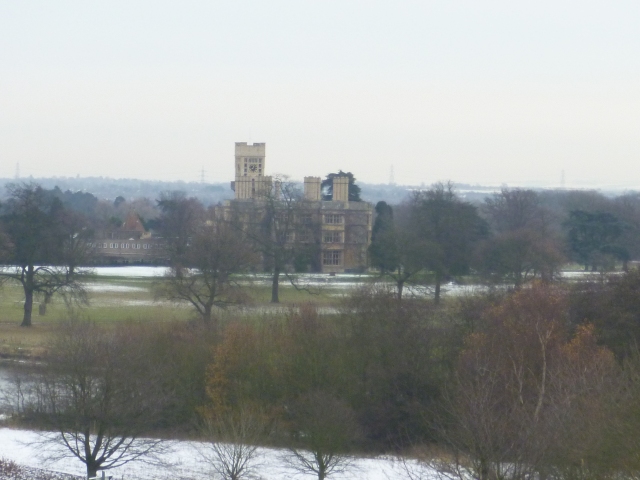 See how similar the two buildings above are – they are connected only by the name “Shuttleworth”. In October I met a former work colleague, who lives in Lancashire, at Gawthorpe Hall. I knew the owners were the Kay-Shuttleworths but I never at all linked their name with the Collection with the same name down in Bedfordshire.

I was fascinated to read in the Keeper’s Cottage History Album :

“What is intriguing is that there seems to have been no connection whatsoever between Joseph Shuttleworth and the Gawthorpe (by then Kay) Shuttleworths. In seeking to establish his own pedigree in Bedfordshire, Joseph seems to have wished to imply a connection with these ancient, Lancastrian namesakes that was apparently without foundation. He adopted a crest that was similar to their own and the family arms also feature the Gawthorpe Shuttleworth’s ‘three shuttles sable tipped and fringed with quills of yarn and threads bend or; a cubit arm in armour proper grasping in the gauntlet a shuttle of arms.’

… the estate at Old Warden represented a perfect fit for the new dynasty, with a model village half begun by an expiring family (the Ongleys) offering the opportunity for benevolent philanthropy as well as revivication of an ancient estate.” 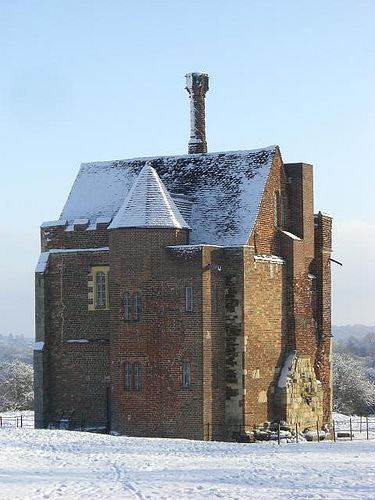 I was able to buy a copy from the housekeeper at Keeper’s and it tells the history, briefly, of the area from the foundation of the Cistercian Warden Abbey in 1135 to the present day  co-operation between the Shuttleworth Trust and The Landmark Trust.

The Shuttleworth Trust was set up by Dorothy Shuttleworth following the early death in 1940 during an RAF flying accident of her only  son and the squire of Old Warden, Richard Ormonde Shuttleworth. The hall became a hospital during the War and afterwards the devastated mother turned the entire estate into a charitable trust in his memory. The hall is now a College  specialising in running outdoor and country-based courses. Richard’s collection of old aeroplanes formed the original Shuttleworth Collection.

I took a walk one day to visit St Leonard’s church, in Old Warden (2 stars in Jenkins’s book). Unfortunately it’s only open at the weekend so I wasn’t able to inspect the various Ongley and Shuttleworth memorials and the 14th century window depicting an abbot in a white habit from the Cistercian Warden Abbey. But in the porch Richard is commemorated and the Ongley Mausoleum and the Shuttleworth graves lie in the churchyard. 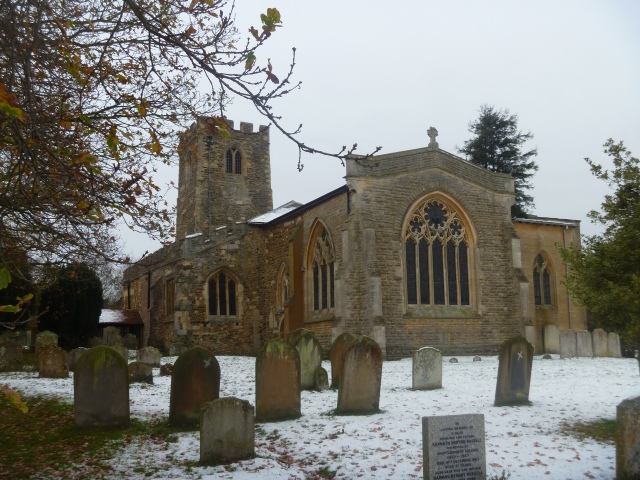 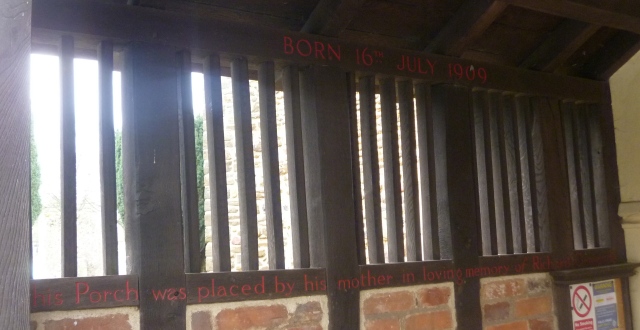 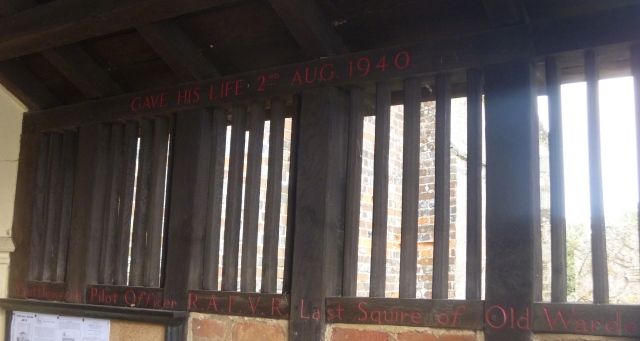 The porch is a memorial to Richard Shuttleworth 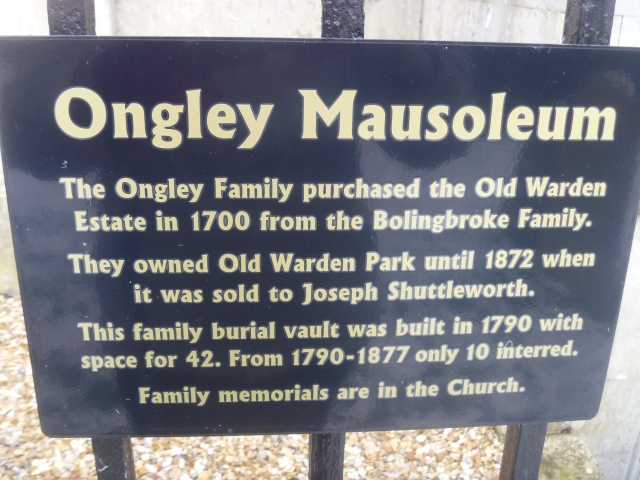 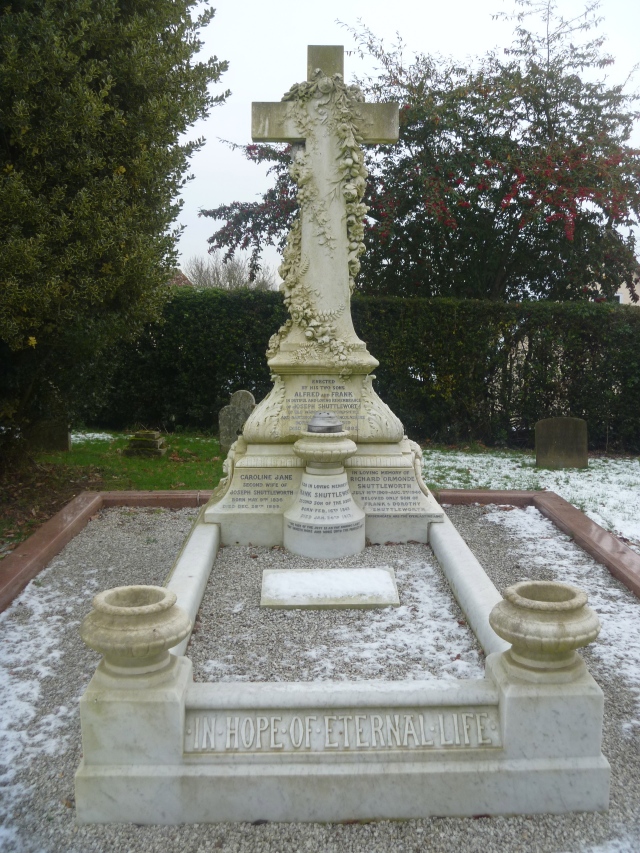 I’m not sure that I don’t prefer the older, more distinctive one.