On my first visit to The Dickens House Museum a few years ago I came away thinking what a very disappointing experience it had been. As a Dickens fan I had had high hopes of the visit. 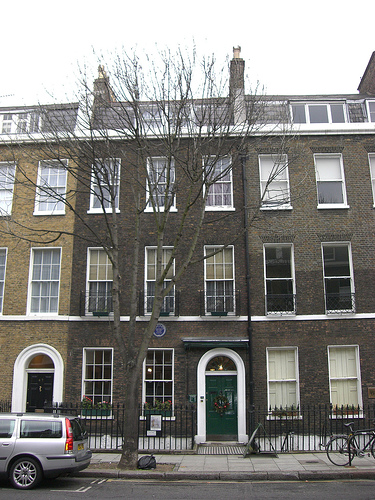 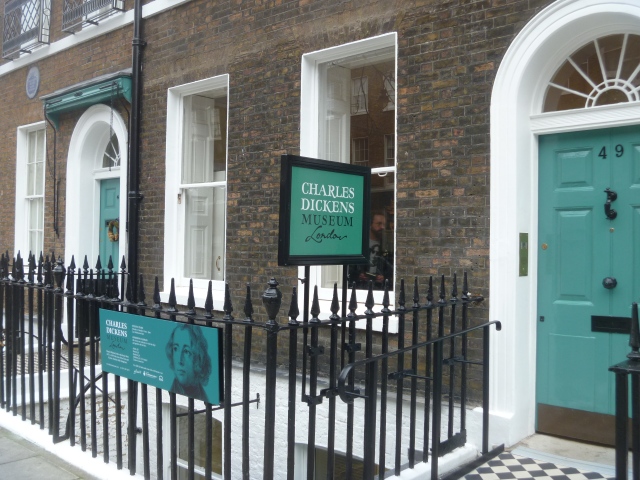 On Friday 4th January after our stay at Hampton Court Palace we decided to visit the newly re-opened Museum to see whether matters had improved.

The Dickens House Museum is the only remaining London home that Dickens occupied and that was for only about two years. It was at a time when he was not long married, was making a name for himself and it was here that he wrote Oliver Twist and Nicholas Nickleby. The address is 48 Doughty Street in Bloomsbury, WC1.

“Number 48 Doughty Street was an important place in Charles Dickens’s life where he resided from 1837 until 1839. Dickens described the terraced Georgian dwelling as ‘my house in town’.

Two of his daughters were born here, his sister-in-law Mary died aged 17 in an upstairs bedroom and some of Dickens’s best-loved novels were written here, including Oliver Twist and Nicholas Nickleby. However Dickens required more space for his growing family and moved to 1 Devonshire Terrace in 1839. The house remained a residential property, but was threatened with demolition in 1923, when the Dickens Fellowship acquired it. The Museum was opened in 1925 and has become the home of the world’s finest Dickens-related collection.” From the Dickens House Museum website.

I have to concur with what fellow WordPress blogger “Visiting Houses and Gardens” said about it here. However, the house has been closed for renovations [The Great Expectations Project] for a good part of 2012 – the Dickens Bicentenary Year.

It reopened in December last year and a great amount of work must have been done during that time. With the help of National Heritage Lottery Funding the adjacent house was purchased and that now houses all the offices, the shop, cafe and other requirements for this modern age of “Heritage Visiting”. Number 48 is now purely Dickens’ Home as it might have looked at the time that he lived there – 1837-1839.

We are invited by the Museum to : “Step this way”

“Visitors to 48 Doughty Street can see the house as it might have been when Dickens lived here.  Rooms are decorated in the early Victorian style that Dickens would have favoured and personal posessions of Dickens from his lifetime as well as manuscripts, letters and portraits are on display.”

So, on entering number 49 we were directed into the front room of this house where there was a shop and the cash desk. We were handed a guidebook each with instructions to return it on leaving the Museum. From there we stepped into number 48 and toured the house that Dickens knew and we enjoyed (and learned from) the experience. 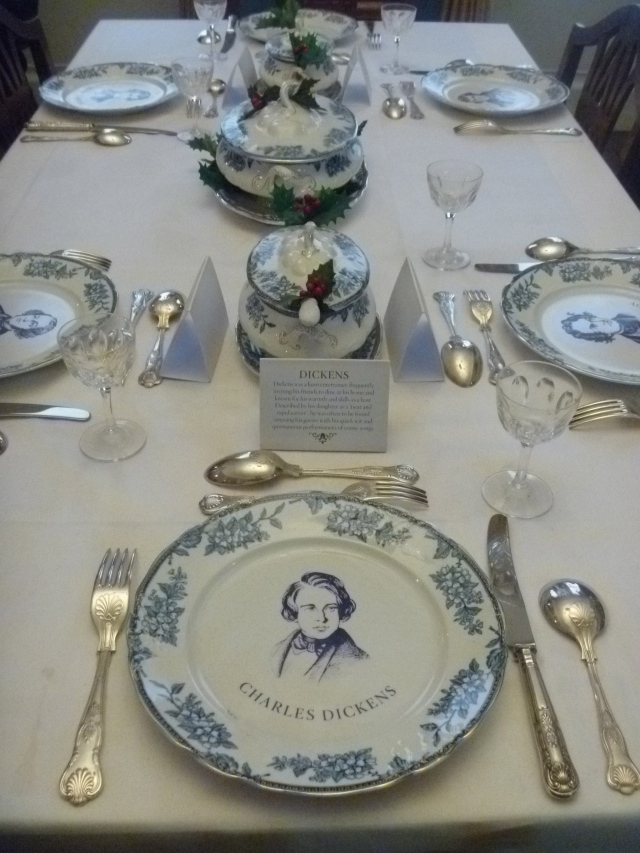 This way to the Sitting Room, Everyone! 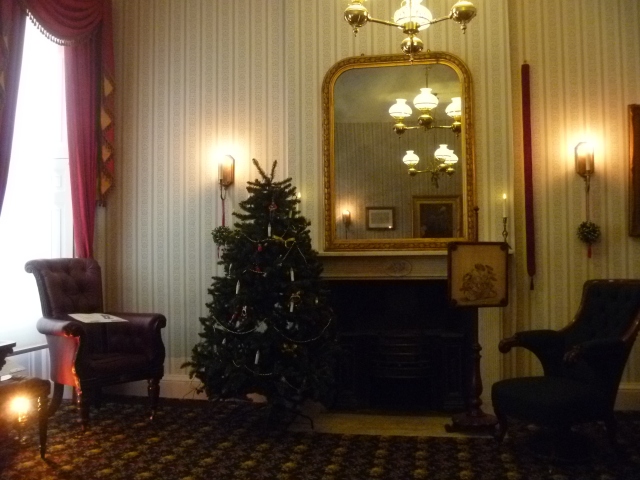 12 comments on “A Complete Face Lift at Dickens House Museum”