Last Thursday I met up with a good friend of mine at Coleshill Parkway Station for a couple of days’ adventures in Evesham and Tewkesbury.

Our first port-of-call on meeting up was an hour’s drive away – the National Trust owned Croome Park and Court in Worcestershire. The park was the responsibility of ‘Capability’ Brown – he crops up everywhere, of course. The house has only been in the possession of the Trust for about 4 years. They have carried out an awful lot of work during that time and a lot more is ongoing. It will be interesting to revisit in a year or so to see what has been achieved/improved/changed using the £1.8m granted by the Heritage Lottery Fund under the programme “Croome Redefined”. 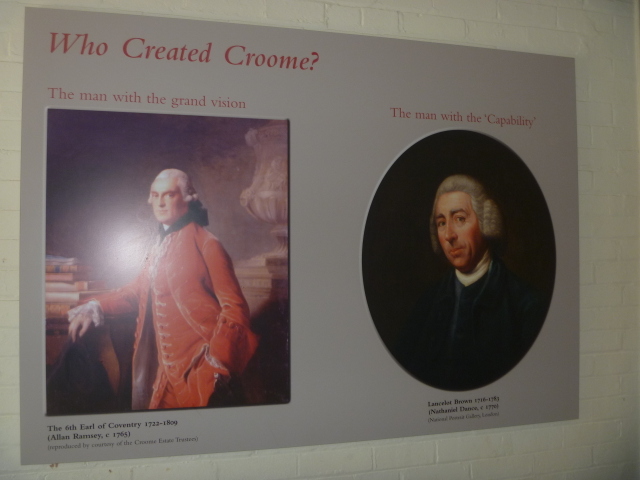 When you arrive the visitor centre seems to occupy what appear to be black painted army Nissen huts but on closer inspection are in fact restored RAF buildings which once served the nearby airbase as their sick quarters.  Exhibition rooms tell the story of RAF Defford.

After our picnic we headed into the Park and the first stop was the church. The church of St Mary Magdelene, Crome d’Abitot is cared for by the Churches Conservation Trust and just celebrated its 250th anniversary in June. Gothick in style the building, like the house, is attributed to Robert Adam.

From the church, as time was limited and the house would close to the public at 4pm (the park stays open until 5.30), we made straight for Croome Court itself, missing a large selection of follies and the lake. 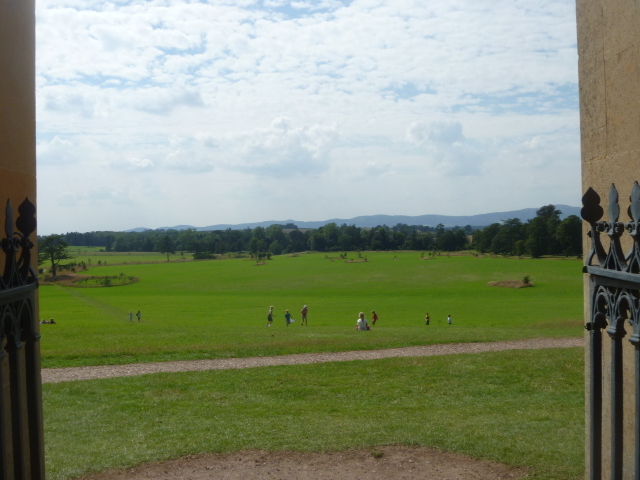 The Park from the Church Door 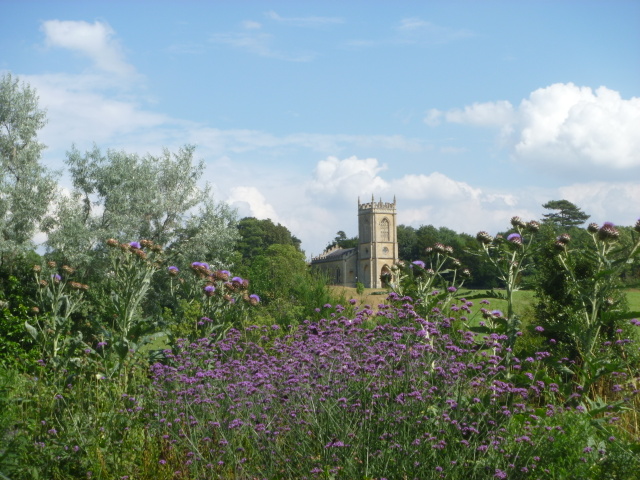 The Church from the Evergreen Shrubbery

Our walk from the church to the house did take us past some follies notably The Temple Greenhouse and the Dry Arch Bridge. We noted Coade Stone had been used in several places. And as we walked along I was reminded of Stowe Landscape Gardens in Buckinghamshire and indeed it turns out that Brown moved from Stowe down to Croome. 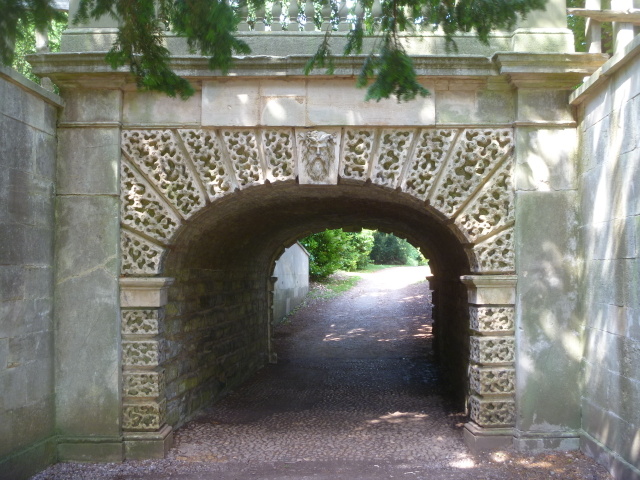 The Dry Arch Bridge with Coade Stone Façade and Keystones

To me the house was a refreshing change from the usual ornate furniture, furnishings and priceless contents and restricting ropes. You could go anywhere and touch everything. Of course, there was nothing of value to touch and that may change as renovations and restorations continue but for the moment it suited me fine to read about the house and family; to listen to recordings of workers and hear what the inhabitants might have said; to dress up; contribute a few pieces to a jigsaw puzzle.

Flowers – given by a generous donor

Read and hear about former inhabitants

A Corner of Croome

Bookshop Browsing in the Basement

One of the rooms is now a tea room with some tables outside but we only had time for a quick browse and buy in the secondhand book shop before heading out into the park and a longish walk around the perimeter via the Rotunda and Park Seat. 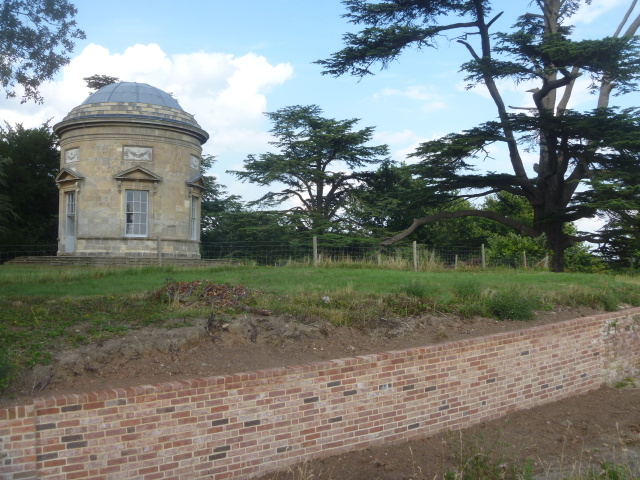 The Rotunda and Ha-ha (Cedars planted by Brown)

We managed to leave at about 5.30pm knowing that we had left a few things to enjoy on a future visit!