A couple of weeks ago I paid my second visit to Lancaster. The main purpose of my visit last March was meet a friend and visit the newly refurbished Landmark property The Music Room. From the Music Room roof we could see across the city Williamson Park and the very prominent Ashton Memorial. We promised each other that later this year we’d meet again and visit the Memorial. 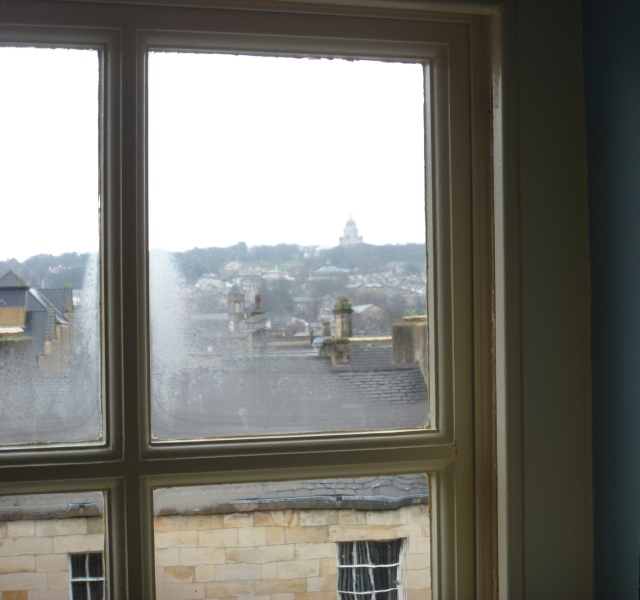 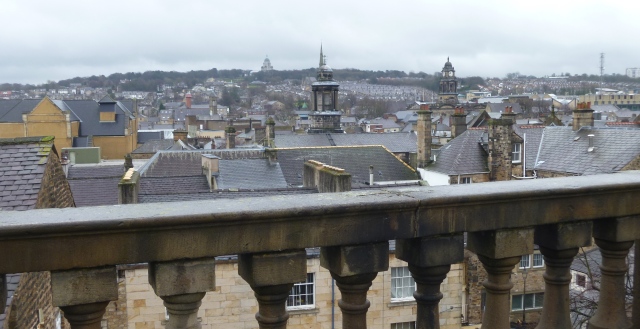 The Ashton Memorial from Music Room Window and Roof

So that is what we did. Again we met at the Railway Station and headed for coffee and catch-up. Then we took the bus out of the city and up Wyresdale Road to the entrance to the park. In September the weather proved to be drier and sunnier than in March.

“The Ashton Memorial was commissioned by Lord Ashton as a tribute to his late wife. It was designed by John Belcher and completed in 1909, the restored interior hosts exhibitions and concerts and can be hired for private functions, including wedding ceremonies.

Externally, the dome is of copper. The main stone used in the building is Portland stone although the steps are of granite from Cornwall. Externally around the dome are sculptures representing “Commerce”, “Science”, “Industry” and “Art” by Herbert Hampton. The interior of the dome has allegorical paintings of “Commerce”, “Art” and “History” by George Murray. The ceiling is presently undergoing restorative works and has been covered with drapes.

At around 150 feet tall it dominates the Lancaster skyline. The first floor outdoor viewing gallery provides superb views of the surrounding countryside and across Morecambe Bay.”

The Ashton Memorial in Williamson Park

Hazy View from the Gallery to Coast at Morecambe

It’s a lovely park with lakes and follies, woodland paths and a Butterfly House in the original Edwardian Palm House. We ate our lunch from the very nice Pavilion Cafe out on the sunny terrace. 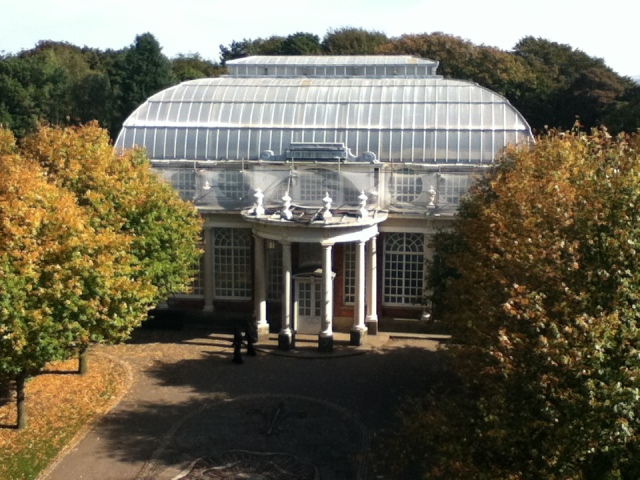 We decided to walk back to the city centre and had a peep at the Lancaster Grammar School Hall and the Roman Catholic Cathedral of St Peter on our way.

The Judges’ Lodging is so called because it was where until the 1970s the circuit judge would be accommodated during his visit to the Assize Court in the Castle. 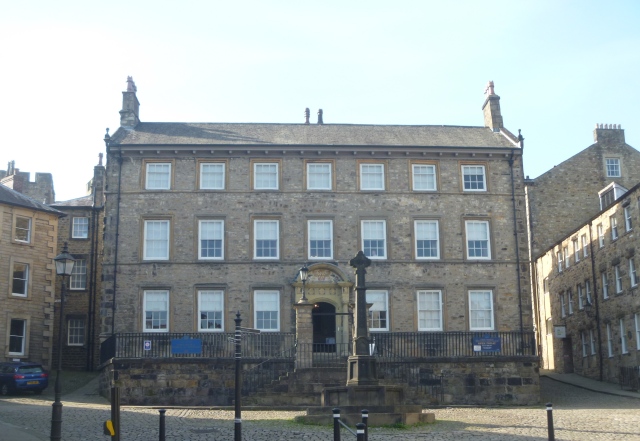 The museum is now home to a renowned collection of Gillow furniture which is displayed in fabulous Regency period room settings, fine art and also the enchanting Museum of Childhood which explores toys and games from the 18th century to the present.”

The former Gillow and Co. workshop and offices is next door to The Judges’ Lodging.  After our visit (No Photography Allowed) there was just time for a cup of tea outside the cafe below the Music Room in what is now called Lancaster’s “Coffee Quarter”. 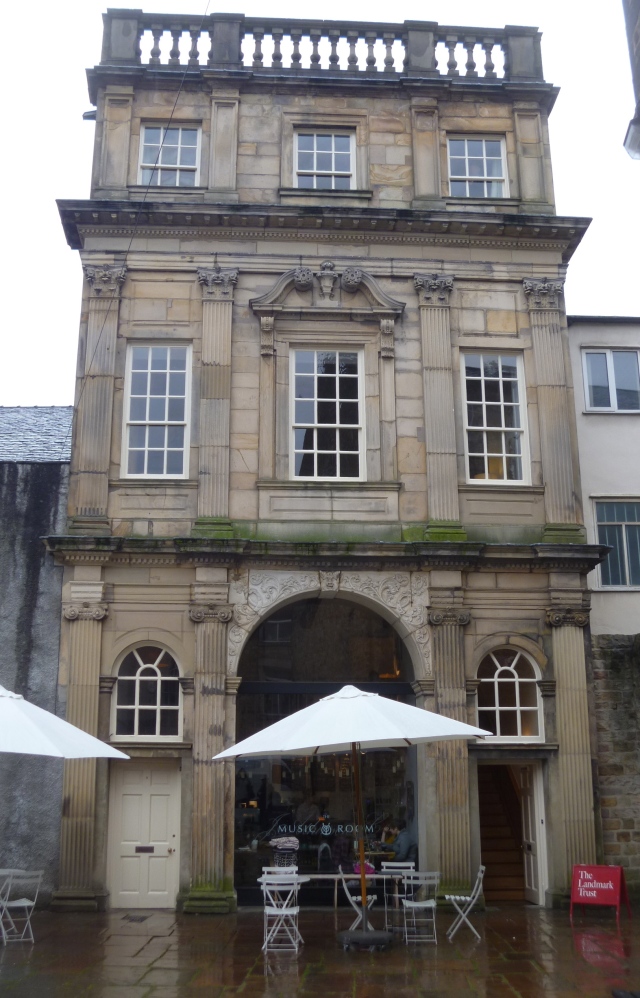 It was warm and sunny on our last visit!

4 comments on “Lancaster II : The Ashton Memorial in Williamson Park and The Judges’ Lodging”