It’s my birthday and I have received some lovely gifts including this book : 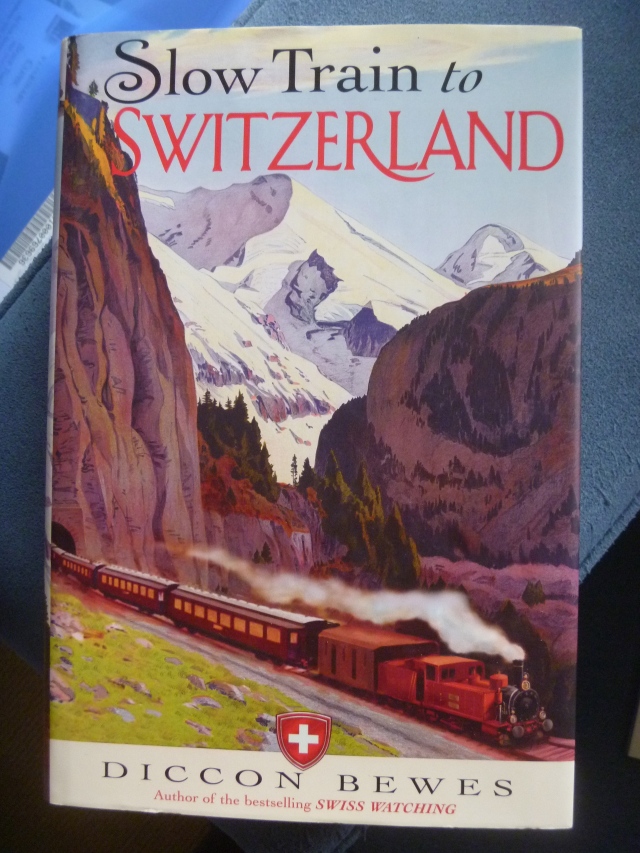 You may remember that last summer I spent a month in Switzerland and posted each day about my experiences here.

I still haven’t read Bewes’s ‘Swisswatching’ [below] but I think ‘Slow Train’ will jump the queue as I’m a seasoned traveller on Swiss trains and I remember there was feature about Miss Jemima’s diary on the Myswitzerland.com website and in the Financial Times around the time that I made my trip. I see there is now a fancy app. to accompany anyone wishing to emulate Miss J and D Bewes.

“It was the tour that changed the way we travel. In the summer of 1863 seven people left London on a train that would take them on a thrilling adventure across the Alps. They were The Junior United Alpine Club and members of Thomas Cook’s first Conducted Tour of Switzerland. For them it was an exciting novelty: for us the birth of mass tourism and it started with the Swiss.” [From the fly -leaf of Slow Train to Switzerland]

Bewes followed in the footsteps of this group and is able to do so because one member, Miss Jemima from Yorkshire kept a diary that was lost for decades but survived as a unique record a historic tour.

Reading about this I’m remembering my very disappointing visit to The Swiss Alpine Museum in Bern last February. I had expected to be able to see displays and dioramas illustrating the history of alpinism with particular reference to Switzerland (and including, of course, the British contribution) through books, maps, photographs, hotels, transport, clothes and footwear, transport, personalities, and other displays and artefacts. What I was presented with was a series of enlarged photographs and a heap of broken skis. My disappointment was so great that I  wrote to the Museum Director and here is part of his response :

It was nice to get a personal response and good luck to them but I still felt cheated of my 12 Swiss francs entry fee! 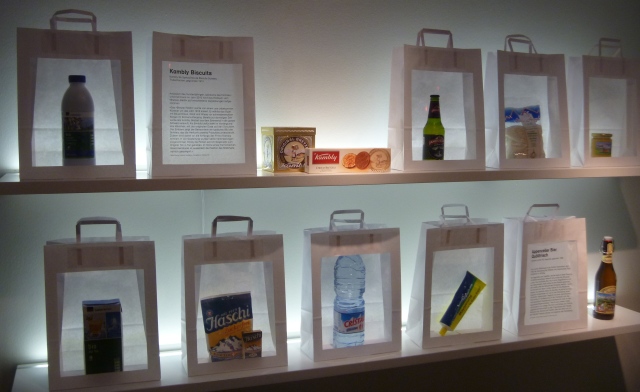 Actually, this small display of Swiss products featuring mountains was quite interesting but this was small compensation to me!

4 comments on “Slow Train to Switzerland: One Tour, Two Trips, 150 Years and a World of Change Apart”