“Crag-top towns approached by ancient Via di Cava, then lakes and plateaux, and finally Orvieto with its magnificent cathedral.”

This was our ATG Footloose Walking Holiday this year. Our third altogether. My sister and I travelled to Italy on 24 April and returned last Friday 2nd May. We flew to Rome from Leeds Bradford Airport where we were met by a driver and his Mercedes limousine in which we travelled in style and comfort for two hours to the picturesque town of Pitigliano in the very south of Tuscany. 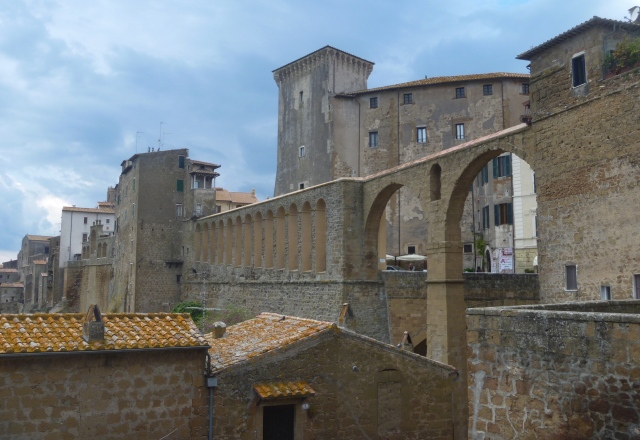 Pitigliano from our hotel window

“Arrive in Pitigliano: Dramatic approach to Pitigliano on foot (1 mile) via 2,500-year-old Etruscan lanes is strongly recommended. Alternatively this walk can be done as an excursion after arrival (2 miles).”

After settling into our room we soon set off on the excursion recommended above by ATG. Here are some highlights from that walk. 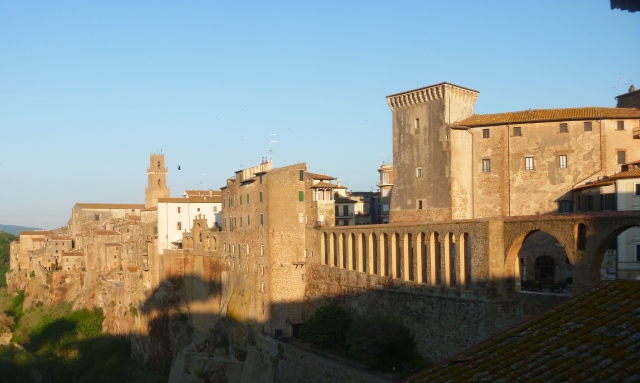 The Aqueduct “Built in 1545 by Sangallo for the Orsinis” 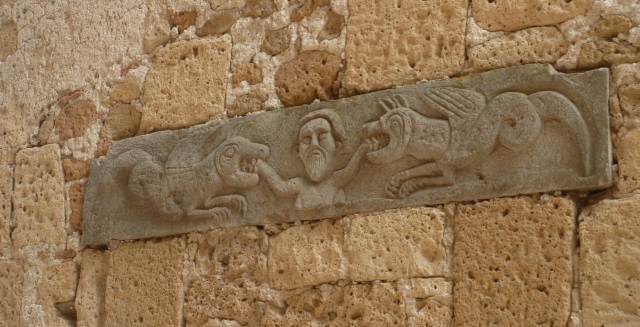 The Romanesque wall panel depicting Christianity defeating evil on the wall of the church of San Rocco, Pitigliano 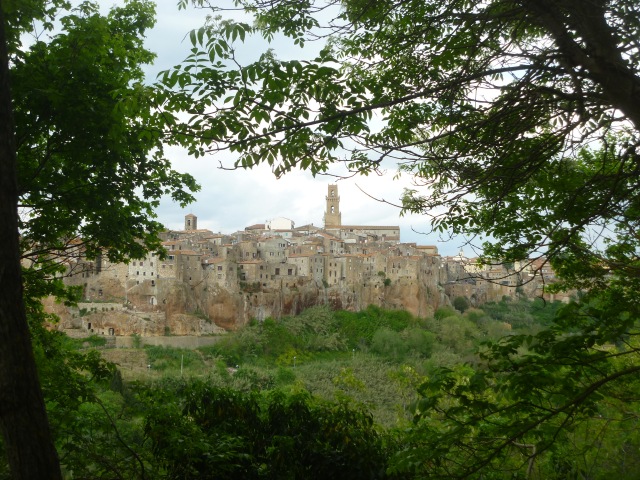 View of Pitigliano from the Church of Madonna delle Grazie 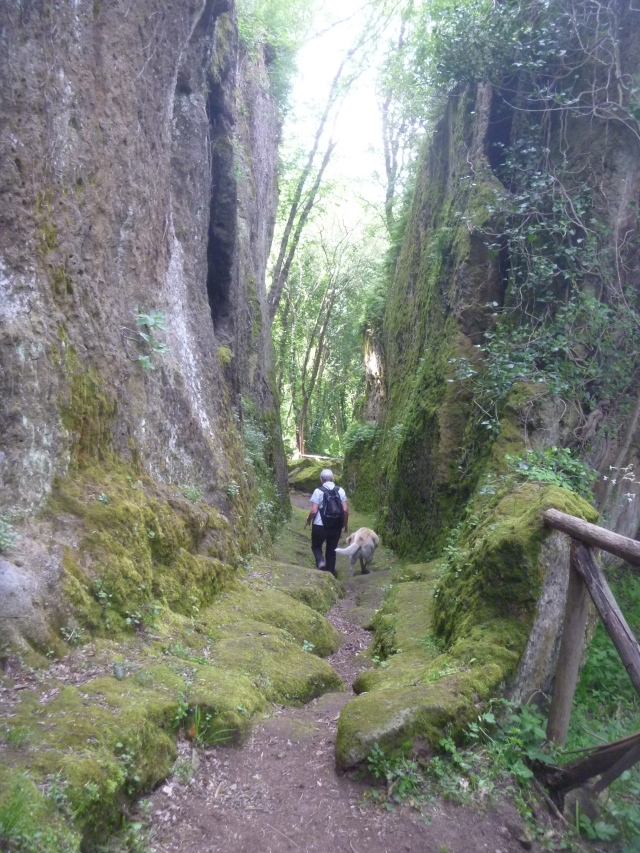 Returning to Pitigliano via a Via Cava

Vie Cave : Our first Etruscan Via Cava – “cut by hand from volcanic tufa rock between 2,000 and 3,000 years ago. They were the main routes to crag-top towns such as Pitigliano and used for millennia by travellers and local farmers with their flocks and herds. Their scale carefully planned gradients, drainage channels, walk-ways and steps for animals make the Via Cava one of the major engineering achievements of the era. Some are still in regular use today, although tree roots during the past 2,000 years has caused rock falls and blocked others.”

We walked along many Vie Cave on the first few days of the trip. The friendly dog accompanied us from town to the viewpoint and we wondered how we would shake him off but when we arrived back in town he joined up with a small group of walkers heading out on the same route we had just taken. 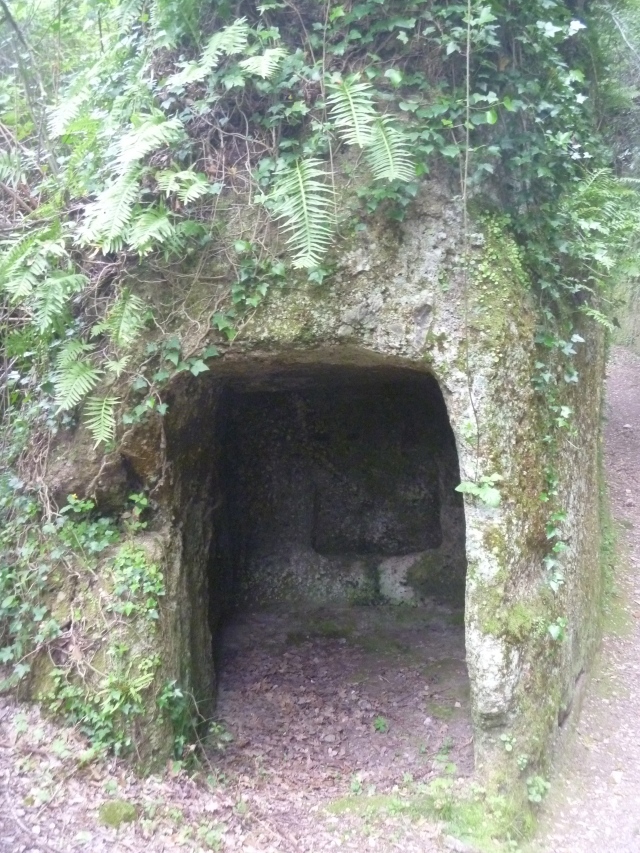 Another feature of the walk that occurred again and again was the Etruscan tomb. On this first day we passed through a ‘honeycomb’ of tombs on our path out of, and back into, Pitigliano. Many are now used for wine storage and for farm implements.

Before we began our trek to Orvieto the next day we met our Route Manager – always a highlight of ATG holidays – Annalisa! She helped to make our trip as successful as it was. Thank you so much, Annalisa! 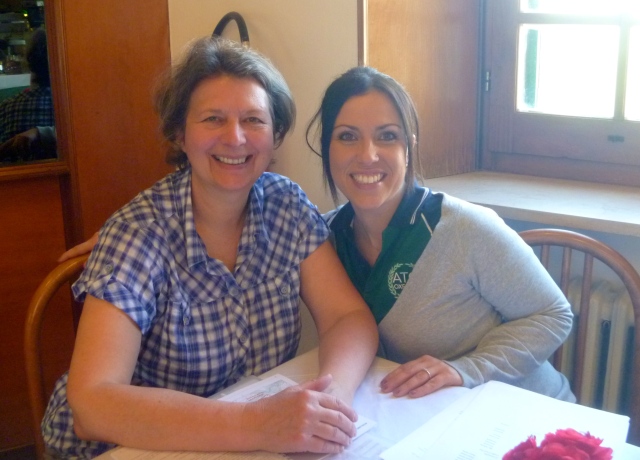