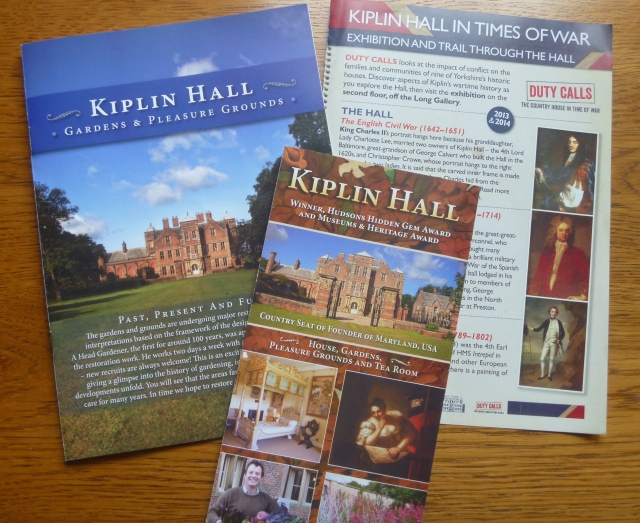 For many years I have picked up the leaflet describing Kiplin Hall and tempting me to visit. My interest was even more piqued when I read fellow blog poster nilly hall‘s description of her visit to the house and garden last October. Then earlier this year I was lucky enough to join friends to attend The History Wardrobe Premiere : Women and The Great War. Although organised by Kiplin Hall the performance was presented in nearby Scorton Village Hall. Finally last week I visited the hall itself. 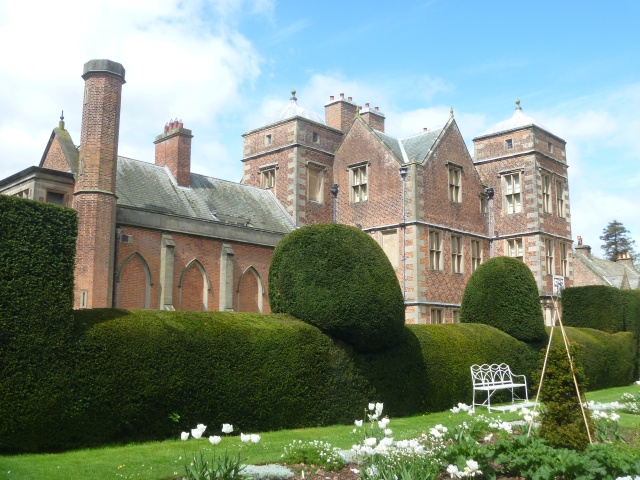 We arrived nice and early in good time to give the tea room a try and have a walk around the gardens and estate before lunch. The house was not due to open until 2pm. During the process of deciding on a day to visit Kiplin we pondered as to why the opening hours were rather unusual: generally Sunday to Wednesday 2 – 5pm. The grounds and tea room being open on the same days between 10am and 5pm. Could it be that they host weddings on Fridays and Saturdays? As we ate our delicious salad lunch we soon realised the reason for this. The volunteers began to stream in, greeting each other, checking the rotas and signing their attendance book. Of course, a house like this cannot operate successfully without the generous assistance of a host of local volunteers. Sunday to Wednesday must be their preferred days of working so it’s Sunday to Wednesday that Kiplin Hall is open. I should add that in each room we talked to the volunteer room stewards who added much to our enjoyment of the day. 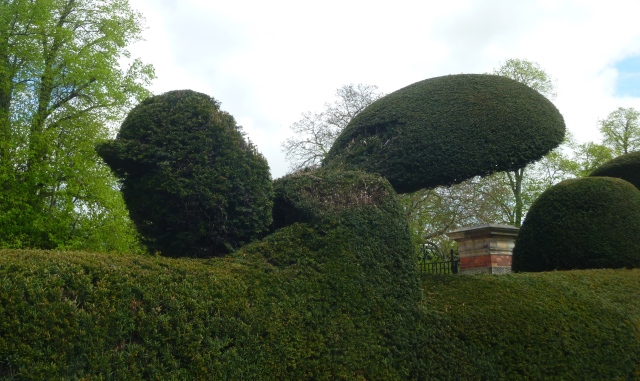 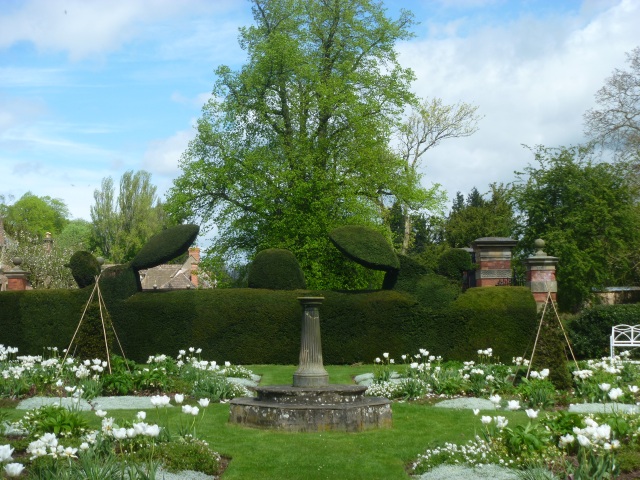 Our walk started at the White Garden 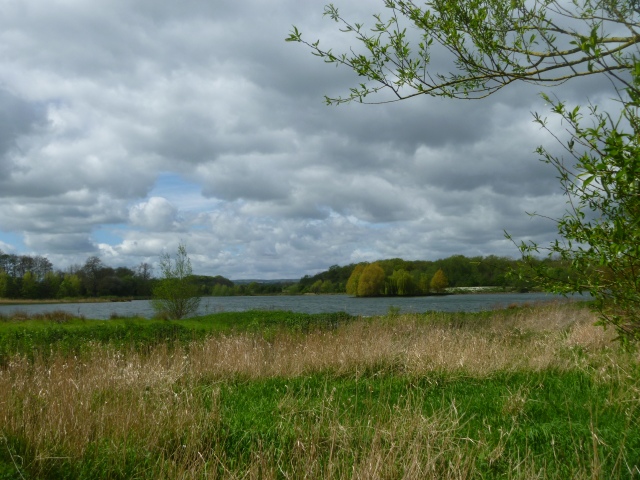 Walking through several gardens you eventually arrive at the Lake Walk 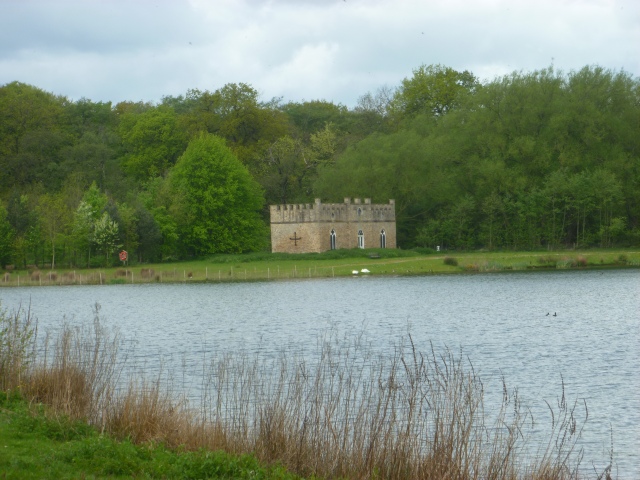 Grassy paths lead round the lake to The Folly or ‘eyecatcher’ which, until the 1990s gravel extraction work which brought much-needed to funds to the hall and created the artificial lake, originally stood in the west parkland. The lake provides a habitat for many aquatic birds and wild flowers. 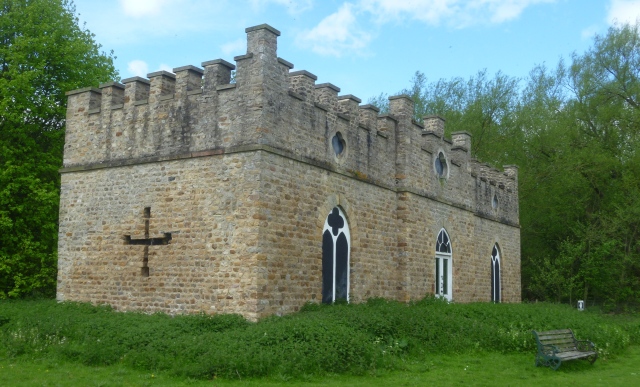 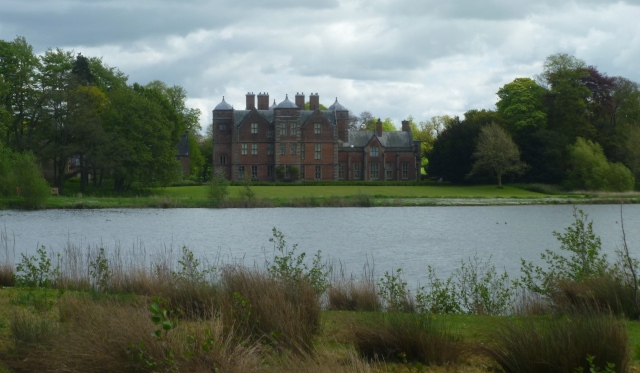 Kiplin Hall from the Lake Walk

We didn’t have time before lunch to complete all of the garden/estate walk nor even touch on the Woodland Trails, although we managed to fit in the Walled Garden and the Garden Museum where we learned more about the house, gardens and owners. Kiplin Hall and Gardens definitely warrant a return visit. 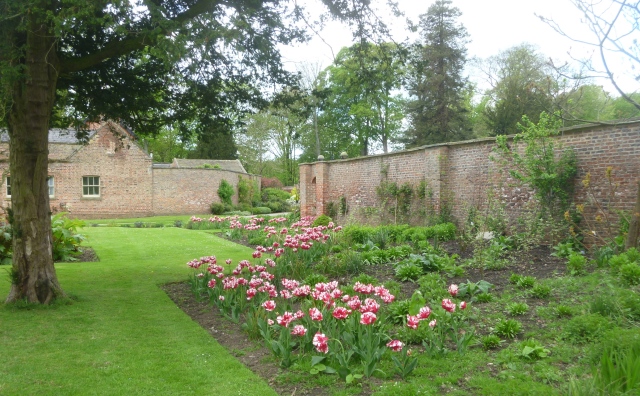 Beautiful blooms near the Walled Garden 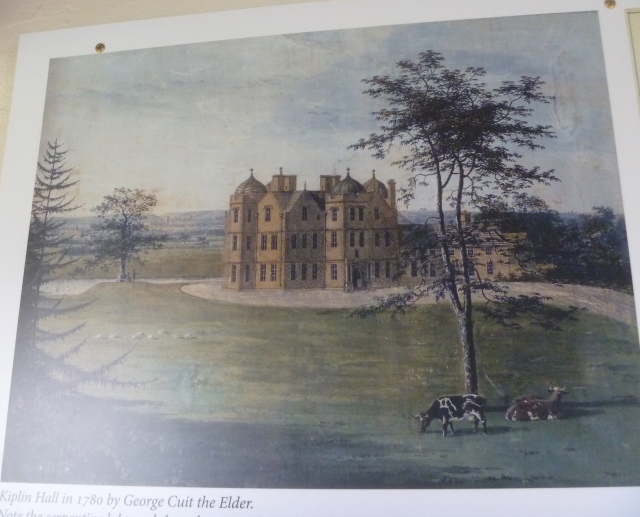 Kiplin in 1780 by George Cuit The Elder 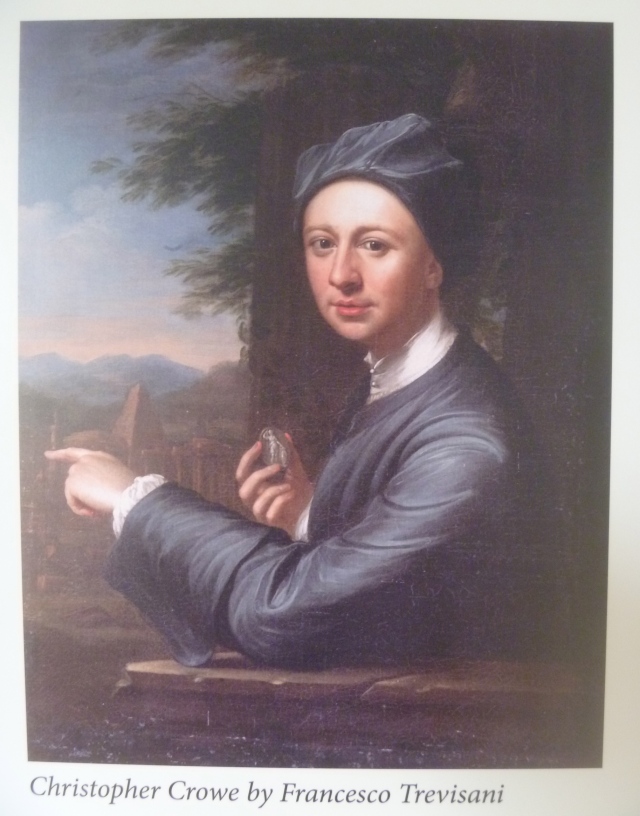 Christopher Crowe bought the house and estate in 1722

Crowe bought the estate from Charles Calvert, the 5th Baron Baltimore, whose ancestor in the late 1620s set sale for America and later founded the state of Maryland.

“After several years of negotiation over both the land and Calvert’s proposed charter, on 20 June 1632 Charles I put his seal to the patent for land to the north of Virginia, to be called Terra Mariae or Maryland in honour of Queen Henrietta Maria. Sadly, George Calvert had died in April that year and his son Cecil, 2nd Lord Baltimore, became the first Proprietor of Maryland. Cecil appointed his younger brother, Leonard, the first Governor.” [Source]

Maryland maintains connections with Kiplin Hall (or rather, they have been re-instated) through the Maryland Study Centre near the main entrance to the grounds. When students from Maryland University are staying at the Centre and involved in helping or research at the Hall the Maryland flag is always flying. As it was on the day of our visit. 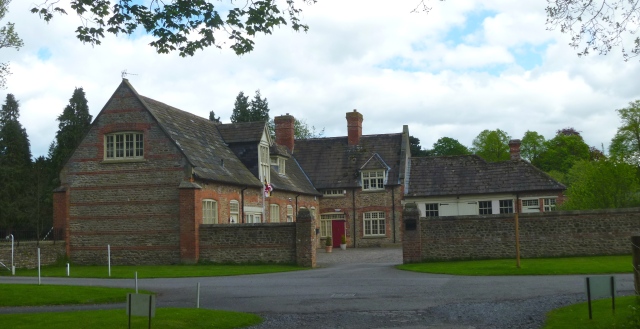 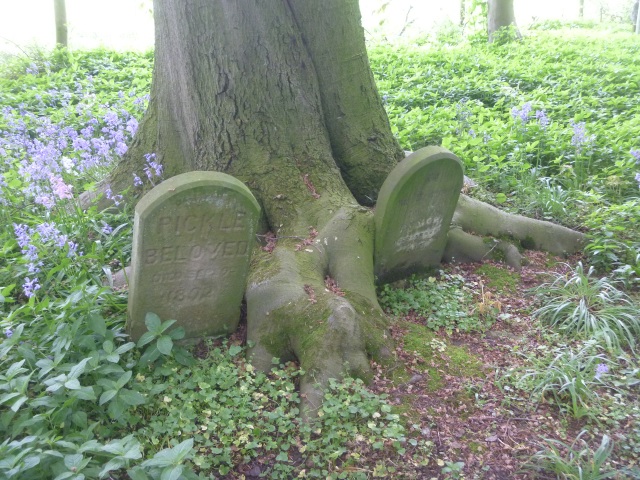 The ubiquitous Doggie Graves in the Kiplin Woodland

No photography was allowed in the house. The excellent website has links to each room with photos and descriptions. The theme of the exhibition and trail throughout the hall this year is “Kiplin Hall in times of War”. Various paintings, pieces of furniture and other artefacts connect the Hall with British fighting campaigns throughout the ages from the English Civil War (1642-1651) to The Crimean War (1853-1856). A further two rooms on the second floor have been preserved from the time when the hall was requisitioned by the Army during the Second World War and these two rooms were part of a flat later occupied by RAF officers. 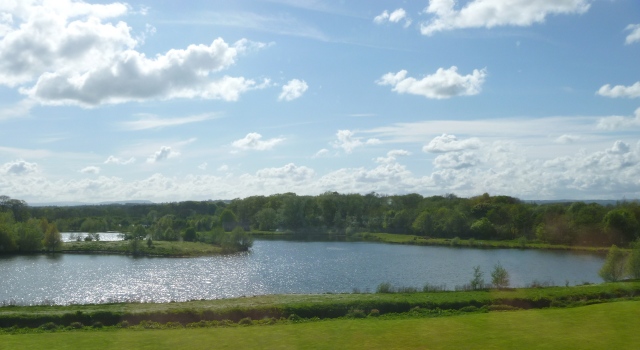 The Lake from The Hall

A very satisfying day out!

11 comments on “Kiplin Hall : Country Seat of the Founder of Maryland USA”