The moment my Swiss friends stepped off the London train at Lewes Station the sun came out and this set the scene for the next few days. We stuffed the cases in the boot and I whisked them straight off down shady narrow lanes to the quiet village of Rodmell just a few miles from the town centre of Lewes. We parked up in the Monk’s House (NT) car park and ambled back up the lane past wisteria covered cottages and pretty gardens to the Abergavenny Arms for lunch where, wonder of wonders, we were able to sit outside in the garden.

Monk’s House is the former 17th century summer cottage home of Virginia and Leonard Woolf. They lived here together from 1919 until Virginia’s death in 1941 and Leonard continued to live here permanently with his companion, Trekkie Parsons, until his death in 1969. The house was left to Trekkie but before she died in 1995 she had sold the house in 1972 to The University of Sussex. Visiting lecturers and researchers stayed here until 1980 when the National Trust took on the property.

Here Virginia Woolf wrote in the small wooden lodge at the bottom of the garden. Jacob’s Room was published in 1922, Mrs Dalloway in 1925, To The Lighthouse in 1927, Orlando in 1928, The Waves in 1931, The Years in 1937 and Between The Acts, published posthumously, in 1941. This latter is, apparently, steeped in references to Rodmell and the traditions and values of its villagers. 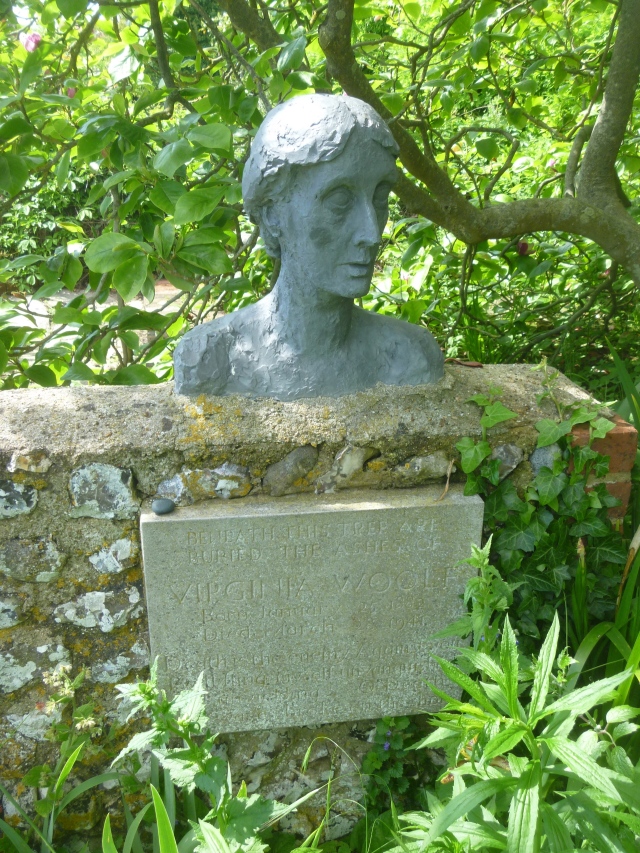 Both Virginia and Leonard’s ashes are buried beneath the magnolia tree in the garden. 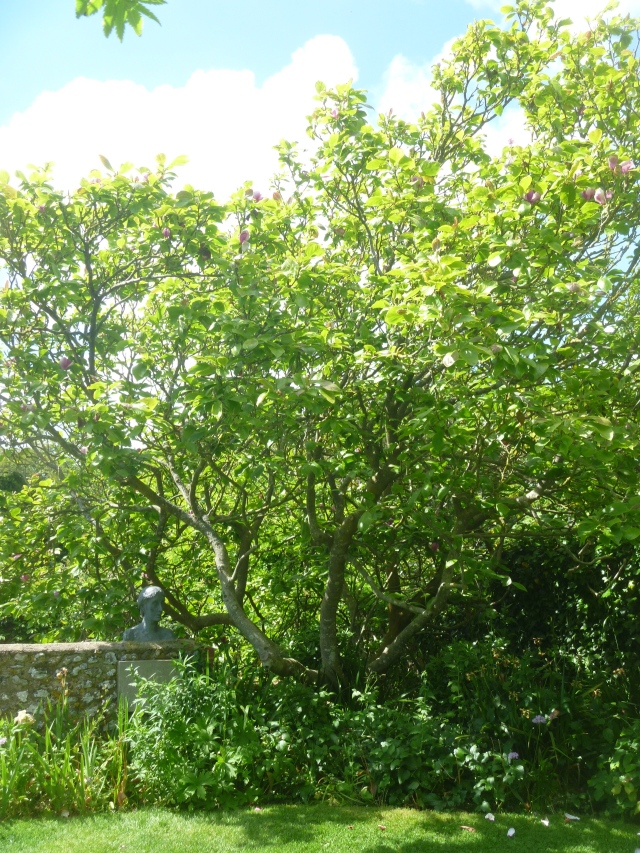 The tree beneath which the ashes are buried

It’s a wonderful house. You can wander around as your fancy takes you and the garden is very pretty. Photography is not restricted and friendly local volunteers are on hand to answer questions as best they can.

Leonard was the gardener, despite the recently published ‘Virginia Woolf’s Garden‘ by Jacqui Zoob who for ten years from 2000 lived at the house as a tenant of the National Trust. However, we were able to visit Virginia’s bedroom which is very much a garden room in an extension which they had added to the house. 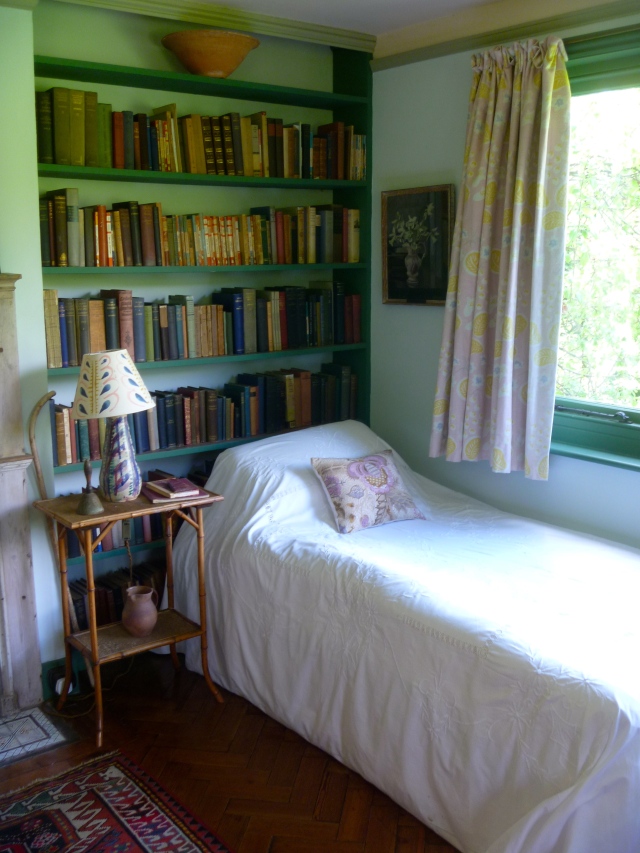 Originally proposed as the sitting room it was given over to VW when they realised that the view from the room above would be more suited to a sitting room. This room, which we didn’t see, is now let by the Trust as holiday accommodation. 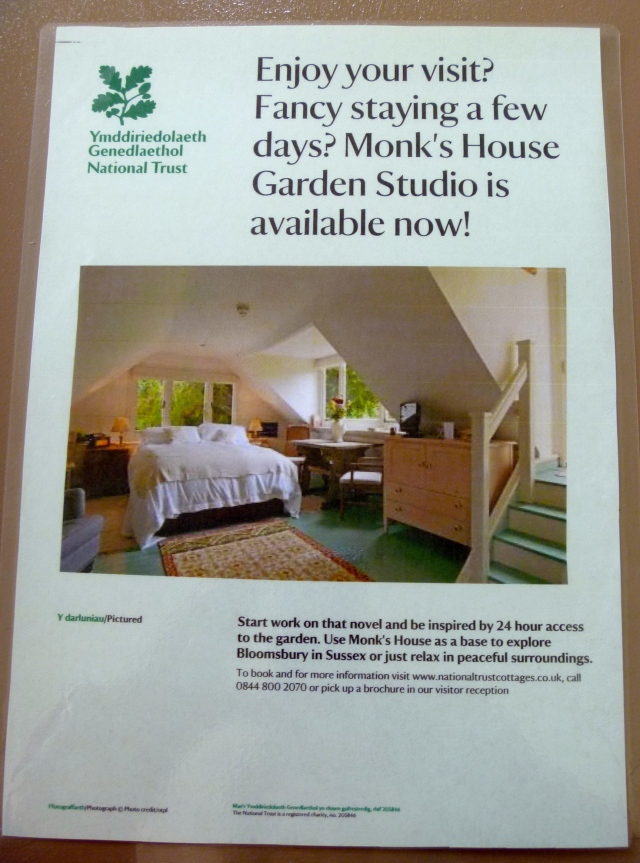 On leaving the house we walked the same route to the River Ouse that Virginia took on that fateful day 28 March 1941. 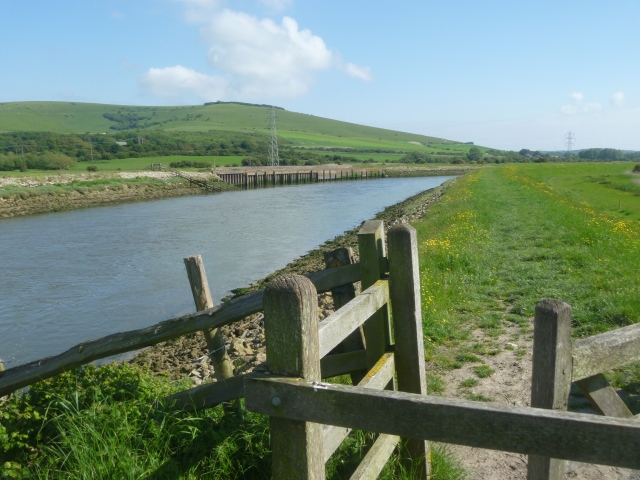 The River Ouse near Rodmell 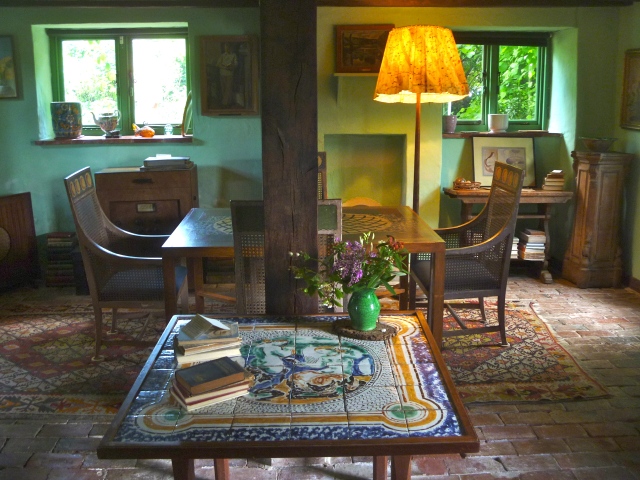 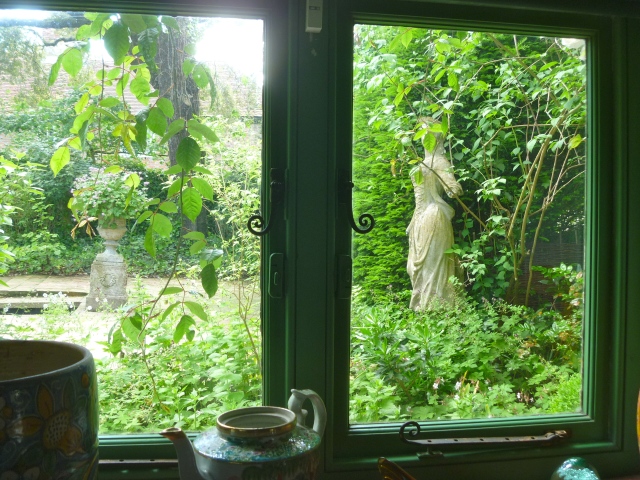 10 comments on “A Room of One’s Own at Monk’s House, Rodmell”