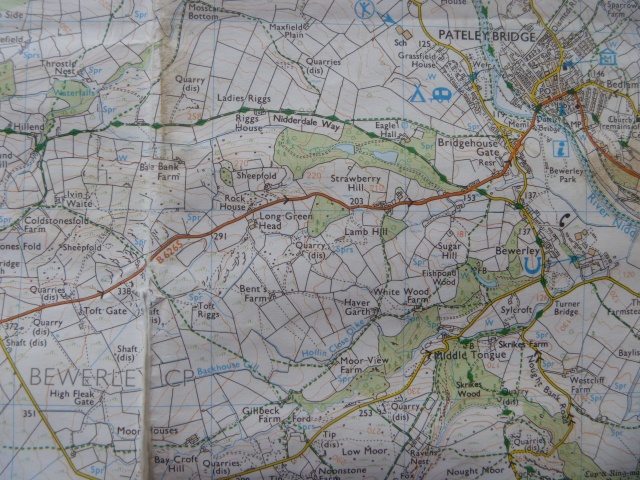 Nidderdale is my new favourite rambling region so I was happy to join fellow members and supporters of The Dalesbus Ramblers last Sunday for a shortish walk full of interest.

From Pateley Bridge it was a short walk to Bewerley where we stopped to study the local stone mason’s work – a depiction of the major features of the village carved in stone. 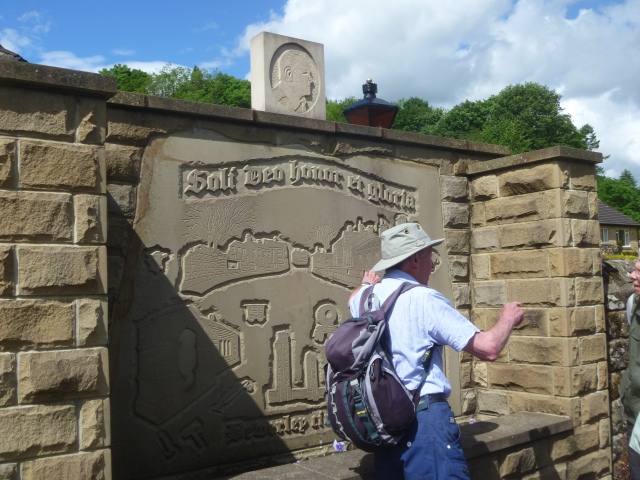 “soli deo honor et gloria” Honour and Glory to the only God. 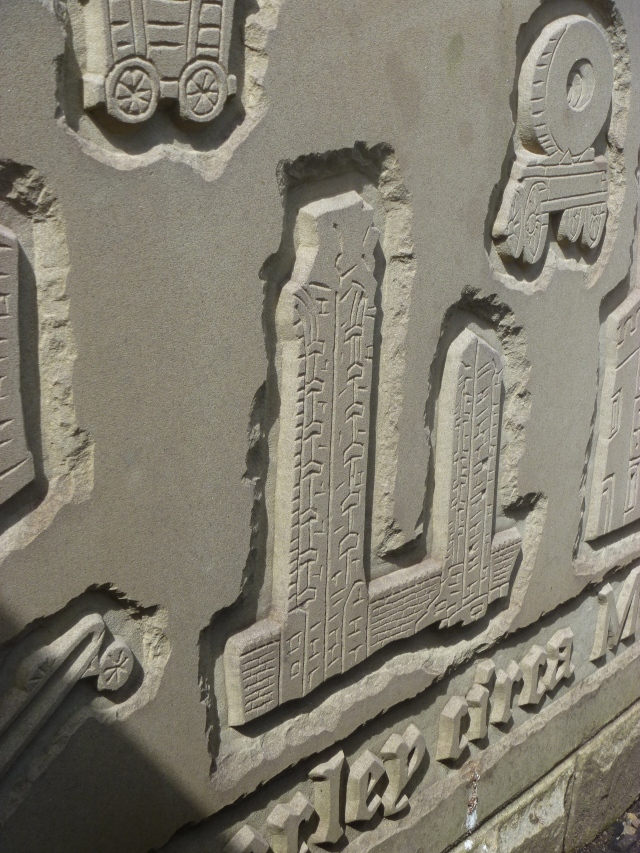 Yorkes Folly picked out in stone 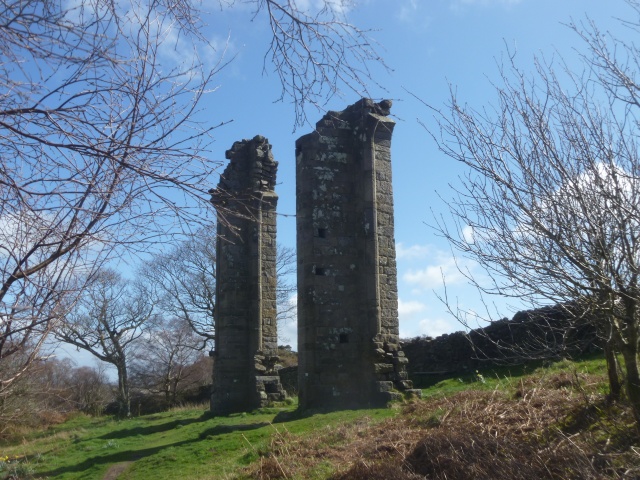 Yorkes Folly for real (on a previous walk)

“Built around 1810 the folly was constructed by labourers working for John Yorke of Bewerley Hall. He commissioned the folly during a depression to keep his labourers in work and above the poverty line. Each labourer was paid a shilling a day and an loaf of bread. The folly was known as Three Stoops until a violent storm during the night of 17th November 1893 blew one of the towers down. Today it is known locally as the Two Stoops.” [Information Board at the folly]

Further along through the village we arrived at The Chapel of Ease.

“A small grange chapel of Fountains Abbey built by Marmaduke Huby which has remained intact. The Chapel was fully restored for worship in 1965. The chapel is open during daylight hours. We have services on the first and third Sundays of the month at 9am.” 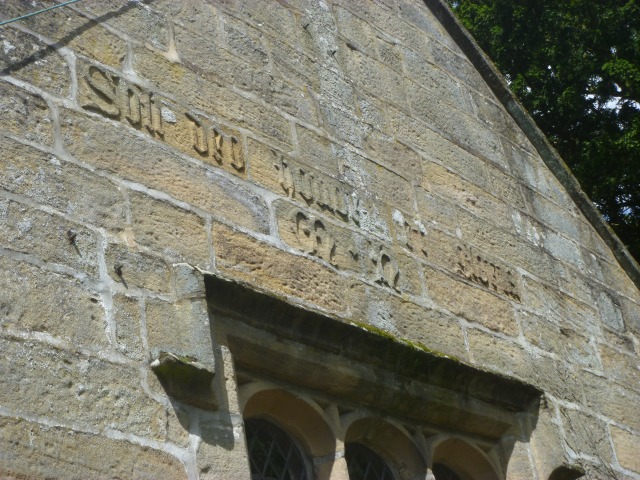 Our leader Frank showed us the Latin motto on the exterior rear wall of the Chapel and Marmaduke Huby’s initials carved on the wall and in the windows. 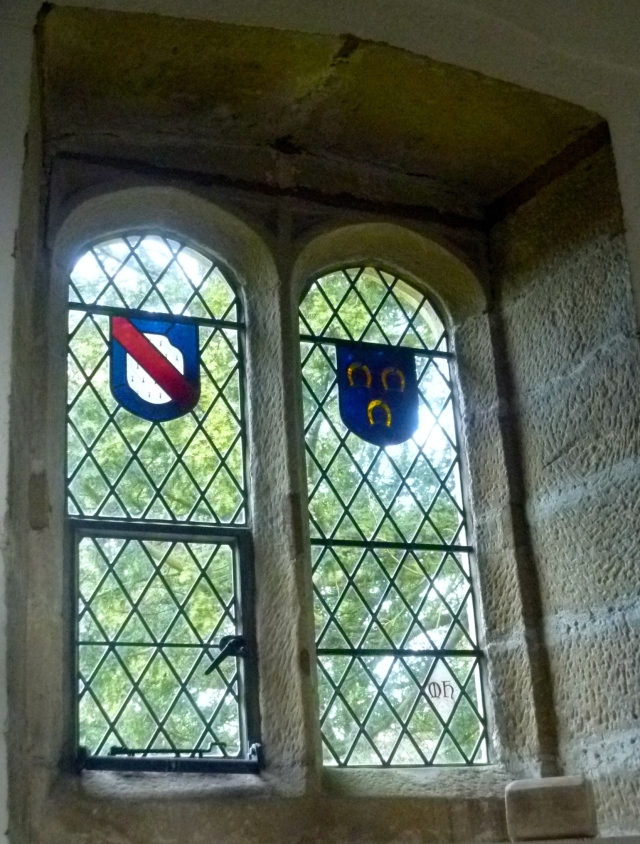 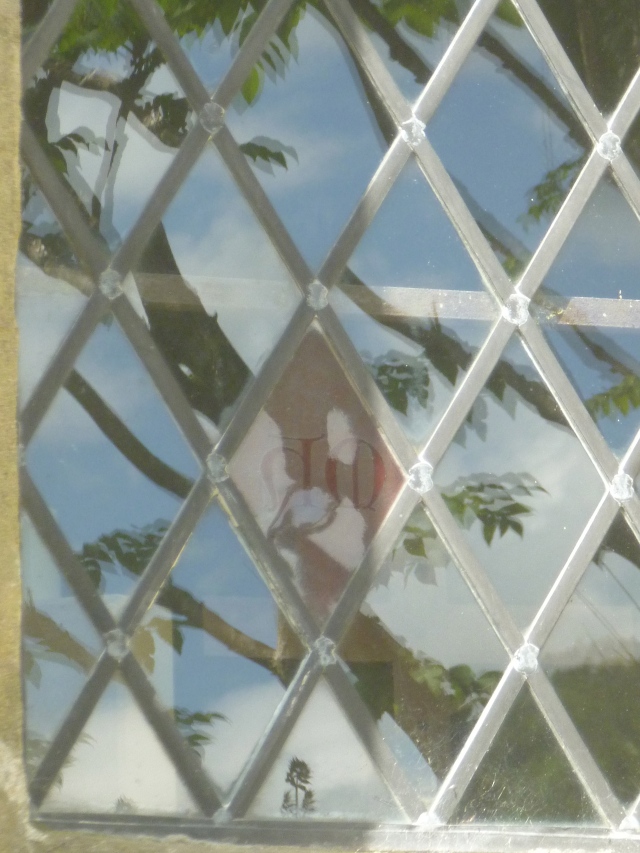 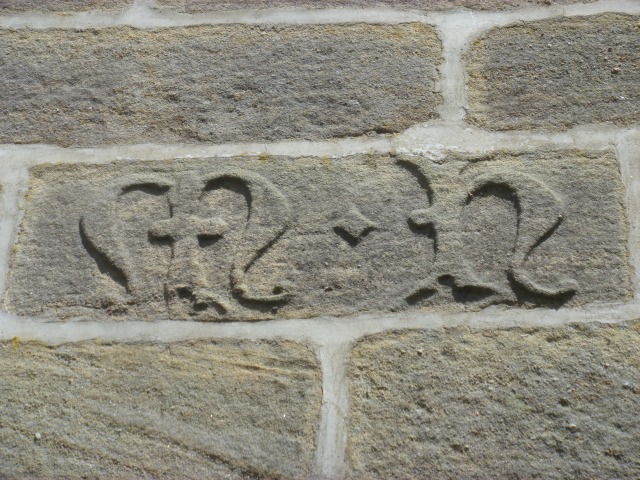 MH on windows and walls

From the Chapel we hurried along to meet, as arranged, the owner, Dr Peter Brambleby, of Fishpond Wood. We had a guided tour through the wood which Dr B called his “Natural Health Service”.

“Peter says one of his priorities will be to support educational use, and especially to encourage a love and respect for nature amongst children. He has already entered into an agreement to permit the Bewerley Park centre for Outdoor Education to use the area to the east of the public footpath and pond.

Woodland, like much of the English countryside, is shaped by generations of active management, and Fishpond Wood is no different. It will benefit from thinning out of invasive rhododendrons, from planting young trees to renew the aging stock, and from restoration of the pond, paths and walls.” Read more about Peter’s work and plans here. 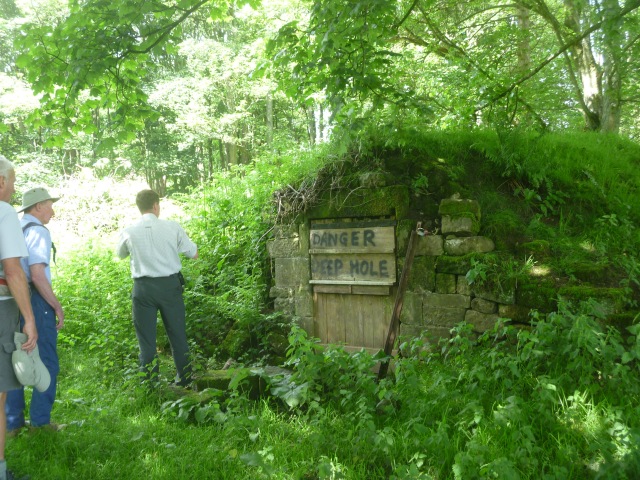 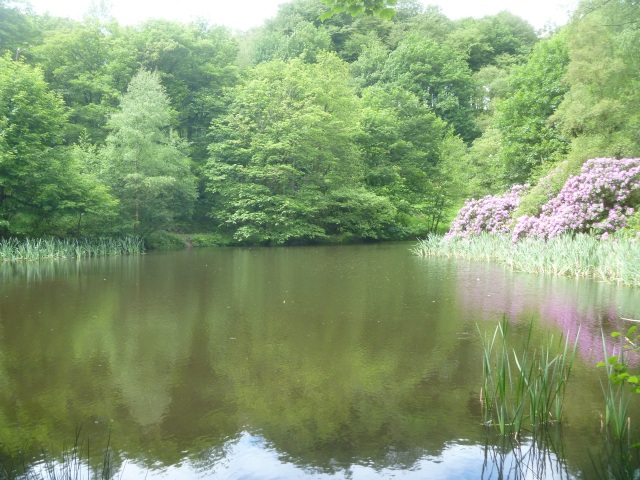 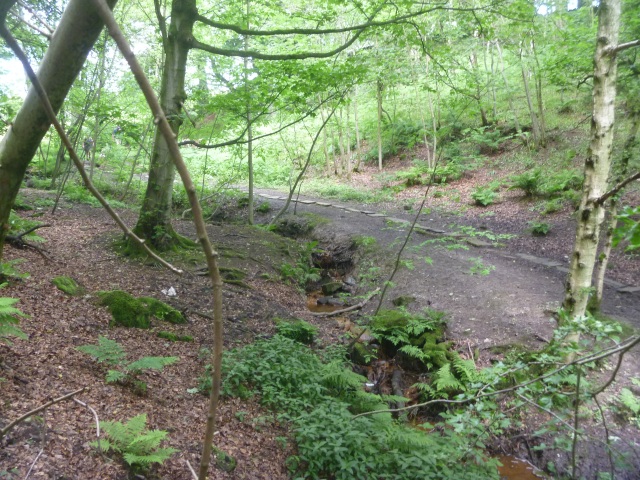 Improved Footpaths through the Woods

Dr Brambleby showed us the route out of the wood and we were soon climbing up, up, up steadily before the walk levelled out and we crossed the busy B6265 and descended to The Nidderdale Way and thence back to Pateley Bridge.

One comment on “The Gems of Bewerley Village, Nidderdale”