At last the weekend of the Tour de France is almost here. It’s the time of year when I’m out and about and behind with my posts (which is true – I was at Compton Verney three weeks ago and since then down in Norfolk and Suffolk). However, this weekend I’m very much staying put. Hopefully I’ll be able to get closer to bringing my posts up to date before my next expedition.

The first leg of the famous cycle race – Le Tour de France – is coming to Yorkshire this weekend. I’m not at all interested so am definitely staying put. That isn’t to say that I’m against it being held here – in fact, quite the contrary. I think it’s great for the country, the county and the millions who will enjoy it. I do hope the sun shines (right now it’s raining) and everyone has a great time and enjoys the festivities laid on. With roads closed and transport crowded or disrupted I’m just going to stay at home in the Boudoir. 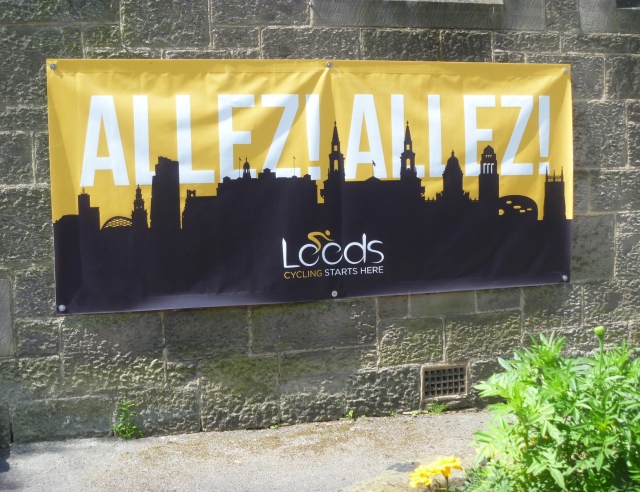 As I have driven around the local area and further afield in the Dales I’ve noticed everywhere along the route and nearby old bikes – big and small – penny farthings and trikes – all sprayed yellow. It’s hard to stop at each one when you’re driving so the other Saturday on my way back from a little shopping at Bettys at Harlow Carr I drew up in Pool and took a few snaps.

Pool in Wharfedale is near the beginning of the route just after the official start at Harewood House where the cyclists will be waved off by big crowds including their Royal Highnesses The Duke and Duchess of Cambridge. I wonder whether they’ll wave them off on the 3rd leg from Cambridge to London? 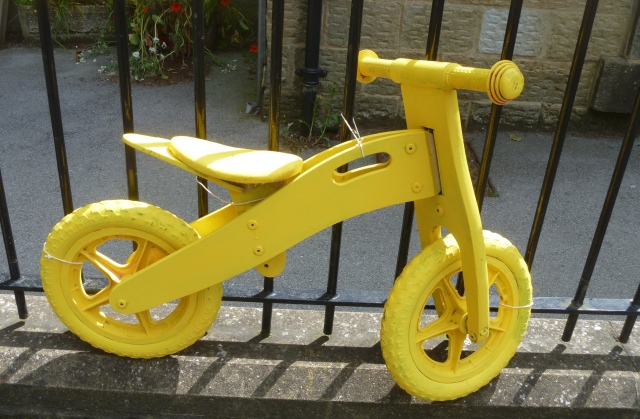 The ‘yellow’ jerseys and bike, Beckwithshaw 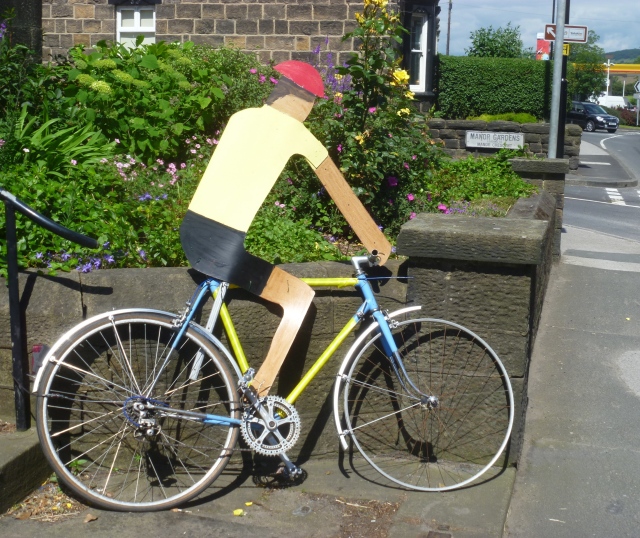 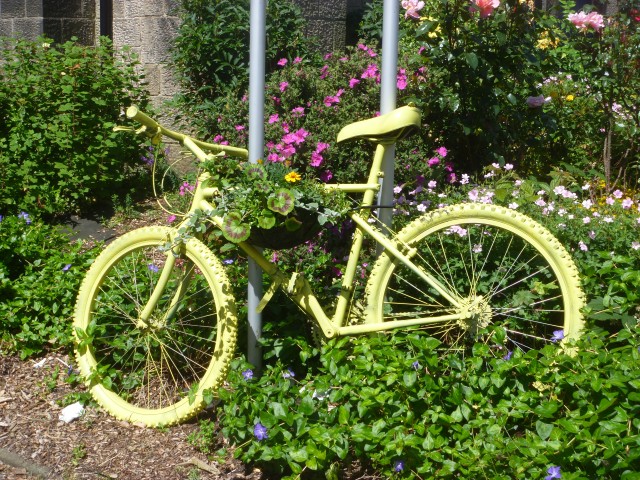 Good Luck and Bon Chance to all riders!