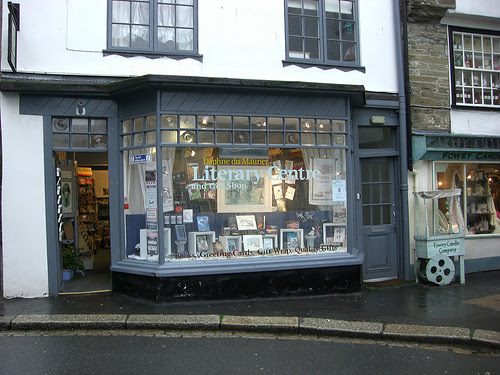 The Literary Centre in Fowey in 2008 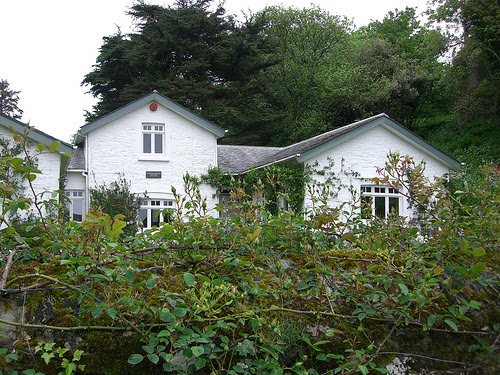 But I hadn’t realised that I would come across so many other  Du Maurier connections in my small corner of Cornwall and during such a short visit.

For a start when I drove into the village where I was staying I noticed that it features The House on the Strand in its sign. And when I asked my hostess about this she declared “This IS the house on the strand!”. 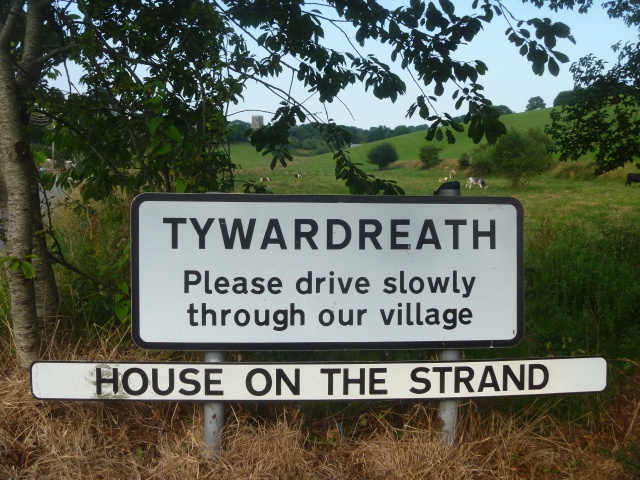 I decided to find out more and came across this walk and the following :

“Tywardreath means “House on the Strand”, as the village was once surrounded by tidal waters on all sides bar the east, and the ground beneath the church was a creek.

A Benedictine Priory was founded here soon after the Norman Conquest, and the possessions included the church, St Sampson’s Chapel at Golant and huge nearby estates. The monks were a corrupt, drunken and dissolute bunch as described in du Maurier’s [time travel] novel; knowing it was true adds to the fascinating reading.”

Bumblebee Farm, alias The House on the Strand …

… is on Priory Lane, Tywardreath

In fact archaeologists were visiting the site that very Saturday to ascertain exactly where the Priory stood and what remains might be found on the farm’s land.

The House on the Strand from the Village Road

Then at the Festival I heard talk that Port Eliot House itself had been Daphne’s inspiration for Manderley the house featured in her most famous book : Rebecca.

“Last night I dreamt I went to Manderley again. It seemed to me I stood by the iron gate leading to the drive, and for a while I could not enter, for the way was barred to me. There was a padlock and a chain upon the gate. I called in my dream to the lodge-keeper, and had no answer, and peering closer through the rusted spokes of the gate I saw that the lodge was uninhabited. No smoke came from the chimney, and the little lattice windows gaped forlorn. Then, like all dreamers, I was possessed of a sudden with supernatural powers and passed like a spirit through the barrier before me.” [Opening lines to Rebecca]

Daphne Du Maurier was a prolific writer. She produced novels and volumes of short stories, five biographies and her own autobiography. The place Cornwall held in her heart and the inspiration it provided was captured in many of her books. Her special connection above all was this small estuarine area where by chance I happened to stay.

3 comments on “In Daphne’s Corner of Cornwall”