The weekend after we arrived home from New England at the end of September I spotted a small listing in the newspaper for the play “Our Town” by Thornton Wilder. At first I thought the play was due to tour and was actually coming to Leeds but an online search proved fruitless so I checked the dates again and saw that it was showing at The Almeida Theatre in London during dates I was going to be  in town.

The notice had particularly caught my eye because the week before in Vermont we had made an excursion into New Hampshire from Brattleboro which is literally on the border between the two states. They are separated only by the Connecticut River. 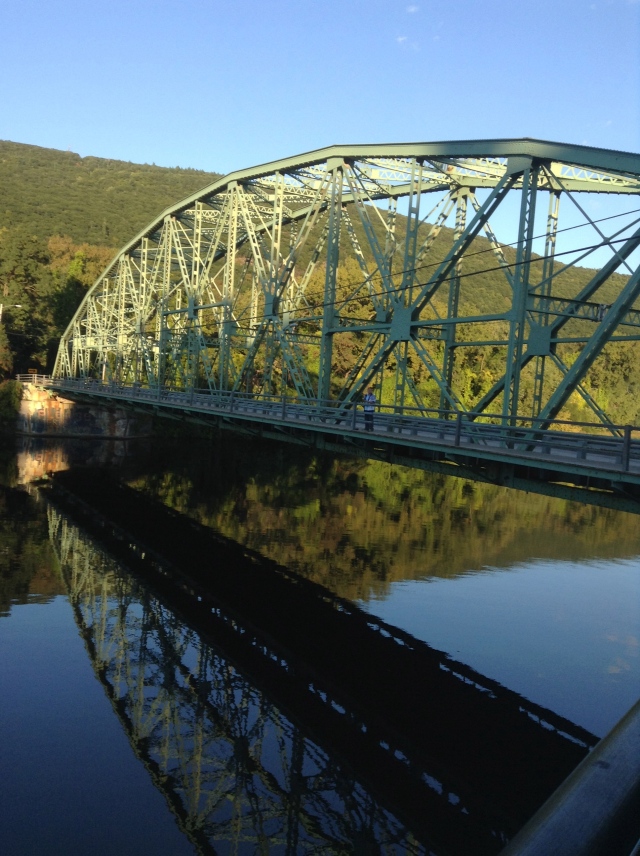 Our intention had been to visit a mountain we had seen on the previous day from another trip to Wilmington VT and the viewpoint at Hog Back Mountain.

But when we arrived at Mount Monadnock the State Park Warden told us that, although it is the most visited mountain peak in the USA [A magnet for hikers, Monadnock is said to be the world’s third most climbed mountain, following Japan’s Mount Fuji and China’s Mount Tai.], we might find ourselves limited by time (it’s really a full day hike) and advised us to drive a few miles further to Miller State Park where it is possible to drive right to the top and take a shorter trail from the peak car park. 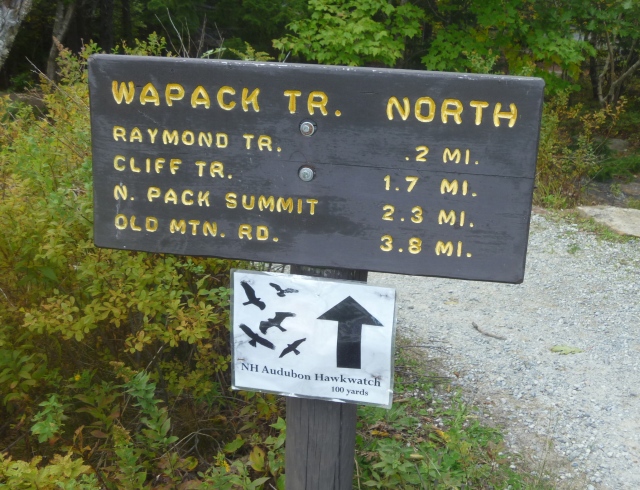 “Miller State Park is located on the 2,290-foot summit and flank of Pack Monadnock in Peterborough and is the oldest state park in New Hampshire. A winding 1.3-mile paved road leading to the scenic summit is open for visitors to drive in summer and on spring and fall weekends. Three main hiking trails ascend Pack Monadnock to the summit. The best known is the Wapack Trail, which is a 21-mile footpath that extends from Mt. Watatic in Ashburnham, Massachusetts to North Pack Monadnock in Greenfield. It is believed Native Americans named the area’s mountains, and that “pack” means little. On clear days views reach to Mount Washington, the skyscrapers of Boston, and the Vermont hills.”

Yes, indeed, it was amazing to see the skyscrapers of Boston on the horizon from a distance of 55 miles away! 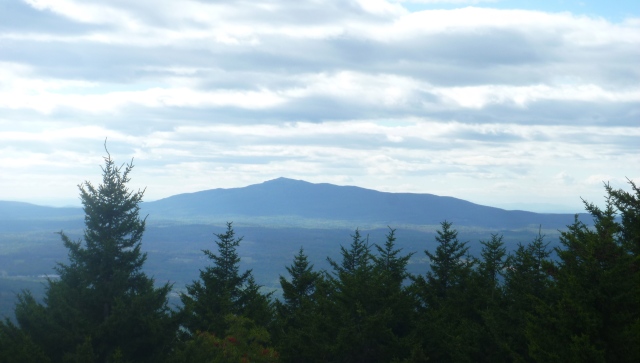 Could this be Mount Washington?

We were fascinated by the Audubon Hawk Watch set up in a clearing. It reminded me of the Malhamdale Hills and Hawks Walk in July. Just like the RSPB The Audubon Society had set up an area with information boards, information table, binoculars and telescopes on tripods and staff and volunteers ready to answer questions and tell about the project. We felt very under-equipped!

As we left the park and drove back towards Brattleboro I suggested we stop at the town of Peterborough. A good friend and reader of posts here, Sarah, had told me some time ago about the pretty town which served as the inspiration for Thornton Wilder’s play “Our Town”. 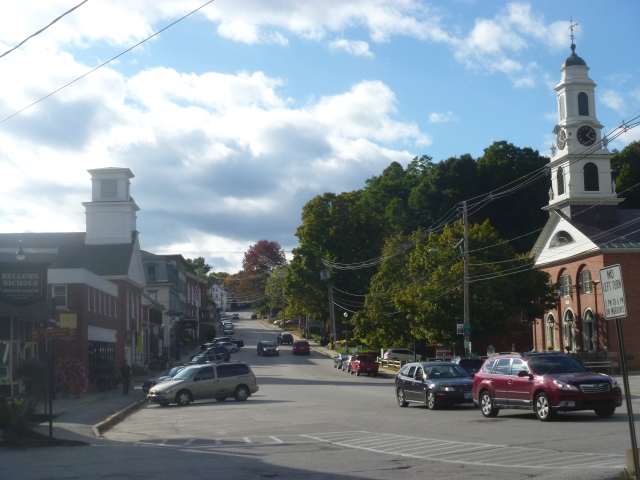 “We all grow up, we fall in love, we have families and we all die. That is our story”

And that is the story of “Our Town”.

4 comments on “Our Town : From Peterborough, New Hampshire to London, England”