Wednesday last week dawned bright and sunny and I knew this was the day to visit the UNESCO listed Hadrian’s Villa another vast area of building remains. Although extensive today it’s thought to have been even more so originally. 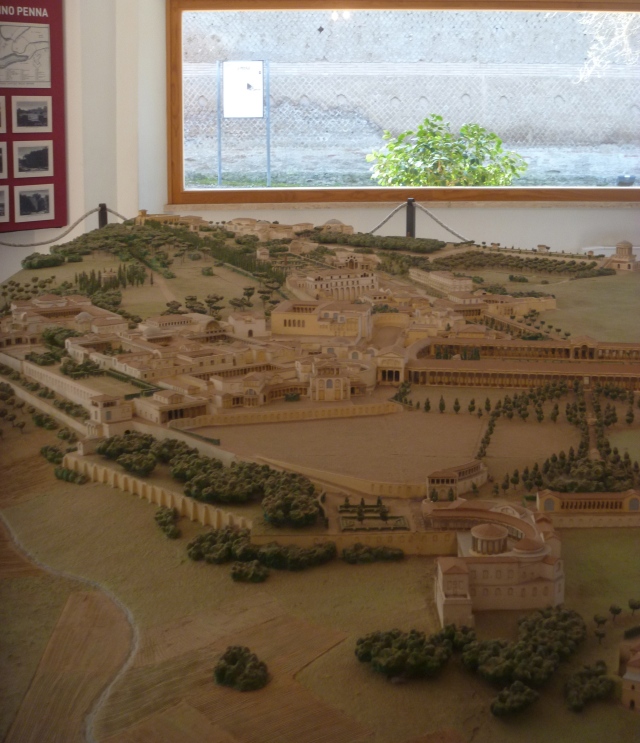 My notes here are mostly taken from the little map guide I bought. On arrival you follow a wide path up to a few modern buildings; one of which houses a model of the site as it might have looked to Hadrian. Publius Aelius Hadrianus was born in 76AD, probably in Italica (Seville). In 117AD on the death of Trajan he succeeded him at the head of the empire. He differed from previous emperors in that he tried to define the borders of the empire rather than fight to expand it. He was gifted with brilliant intelligence and a vast general knowledge but was not much liked by his contemporaries, as he was unpredictable and inconstant in character. He died in Baia in 138AD. And yes, he is the emperor in honour of whom the Wall was named.

Beyond the initial modern buildings you pass through an arch in a high Roman wall into the park itself. In front is the Pecile formerly a courtyard with a pool at the centre. Then the choice of which direction to choose is yours. I headed first to the Palace and outbuildings which included the Golden Square, the Hospitalia, the Heliocaminus Baths, the Maritime Theatre (currently closed) and the Greek and Latin Libraries. 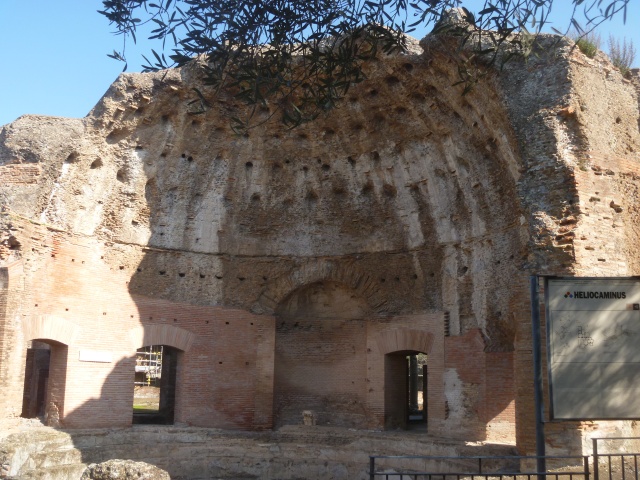 The oldest bath complex on the site owing its name to the large circular room with a vaulted roof heated by the rays of the sun. In addition the floor was heated by the usual hot air system. 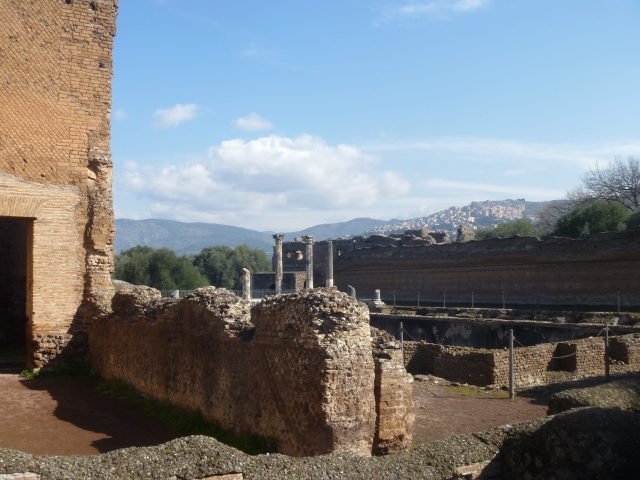 More or less in the middle of the site is the Triple Exedra Complex. According to the booklet this is nothing more than a grandiose entrance vestibule to the imperial residence.

Beyond this are the Great and Small Baths and finally at the far end of the site The Canopus. This was an attempt at a copy of the channel that led from Alexandria to Canopus, a town on the Nile delta. The long basin of water is Euripus and at the far end is The Serapeum where summer banquets were held. 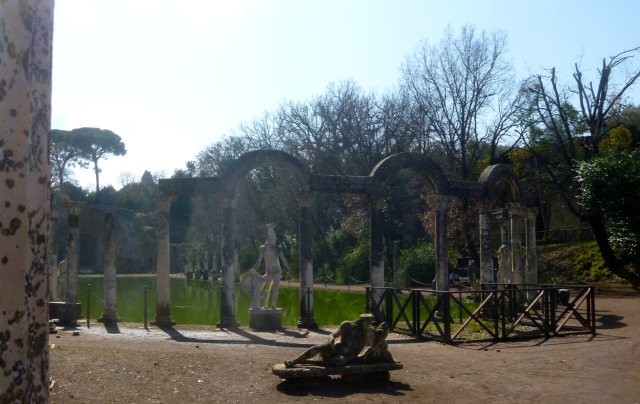 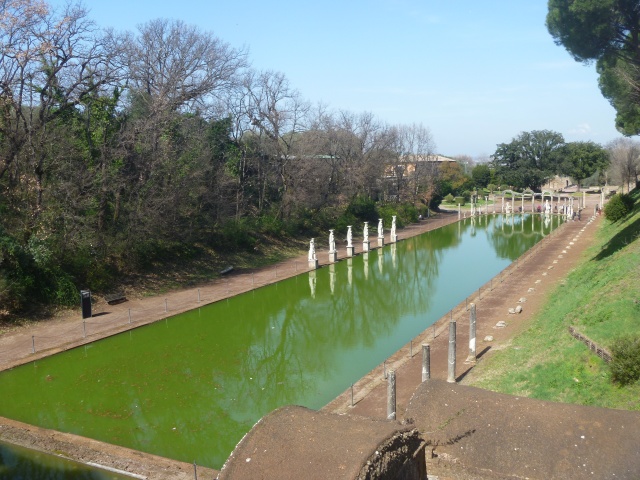 The Canopus from the Belvedere

Finally I made my way to Rocca Bruna a belvedere with marvellous views over the surrounding countryside. Apparently, Hadrian had a great interest in astronomy and it is also thought that the tower could have been used as an astronomic observatory. 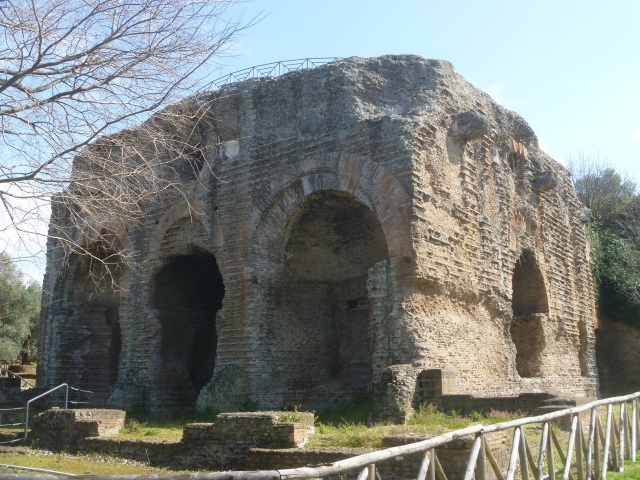 View towards Tivoli from the Tower

Mountain View From the Tower