One Irish word I came to recognize on my recent trip, although I don’t know how it’s pronounced, was Leabharlann. Needless to say, it means Library.

And the first Library I came across was no longer in use as such. It was the library at Tintern Abbey. Since restoration this room is now known as the Colclough Room and is used as a gallery to tell the stories of the families who lived here. 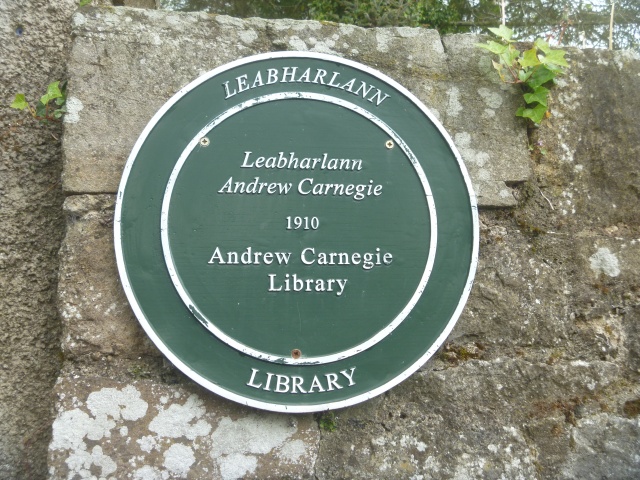 On my day out in Cork I popped into the Cork Public Library. There was an interesting display in the foyer : The Best Banned in the Land featuring books banned by the Catholic church in Ireland. 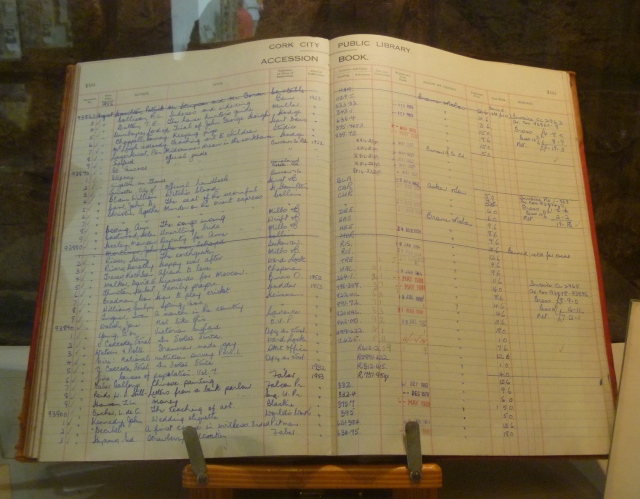 Many of the authors were Irish and often the Library had bought copies which were later removed from shelves and returned to booksellers for credit. The exhibition focussed on those Irish authors. The list of “Our Nasty Novelists” included George Bernard Shaw, Edna O’Brien, James Joyce, M J O’Farrell (Molly Keane), and I recognised ‘Persephone’ author Norah Hoult (Persephone Book 59 “There were no windows”)

Later, on a Walking Tour in Cork, I spotted a new use for an old library