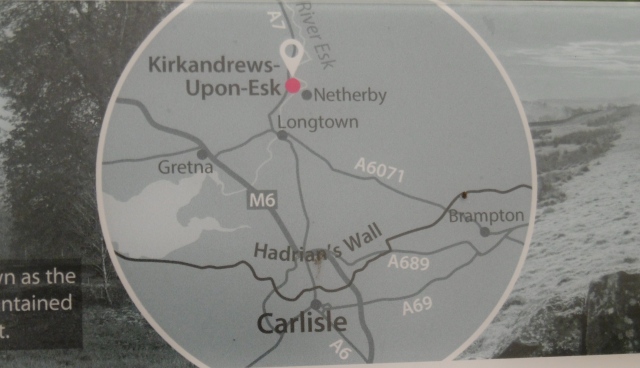 The tree is decorated, the presents have been bought and the cards have been written and posted. But there’s still shopping and cooking to be done and there are gifts to be wrapped so what better time could there be to take off for a 2 night pre-Christmas break, literally away-from-it-all, at a Landmark at Netherby in Cumbria – Coop House?

Arriving at Coop House on Monday

The people of Cumbria have been having a very rough time the last few weeks. There’s been torrential rain and high winds and huge amounts of flooding which was evident all around the region. The River Esk, which flows past Coop House, had well burst its banks. But fortunately Coop stands at least ten feet above the fast-flowing river. 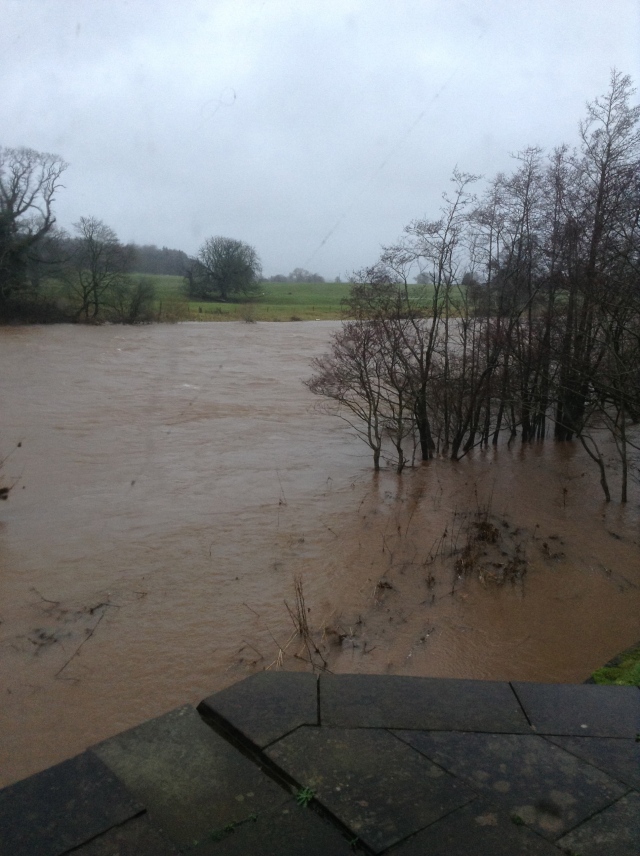 Coop house takes its name from the traps set to catch salmon in the passing river but its name also hides a more impressive side to this building. A coop was an old fashioned method for catching fish with wickerwork baskets, dating back to at least the Middle Ages. It might sound a rather rudimentary form of fishing, but Coop House overlooked a far more sophisticated system than a few baskets. It was probably built in the late 18th century in the grounds of Rev Dr Robert Graham’s Netherby Hall. It may have acted as a vantage point to watch the river, a shelter for bailiffs to look for poachers or merely an ornament for Dr Grahams pleasure gardens. [From Landmark trust website]

Like every other Landmark Coop House has its own little library and it was a pleasure for me to browse the shelves as usual.

In amongst those books I discovered Sir Walter Scott’s ‘Redgauntlet‘ with an interesting bookplate inside. Basically, the plot revolves around the (purely fictional) return of Prince Charles Edward Stuart to England some years after 1745 in a final attempt to claim the crown. But all I had time to read were the page(s) referred to on the bookplate. I photographed them and reproduce them below. They are notes in the back of the book regarding the ‘dam-dike’ erected by Sir James Graham of Netherby Hall on the River Esk. There was probably some reference to something similar in the main body of the text. 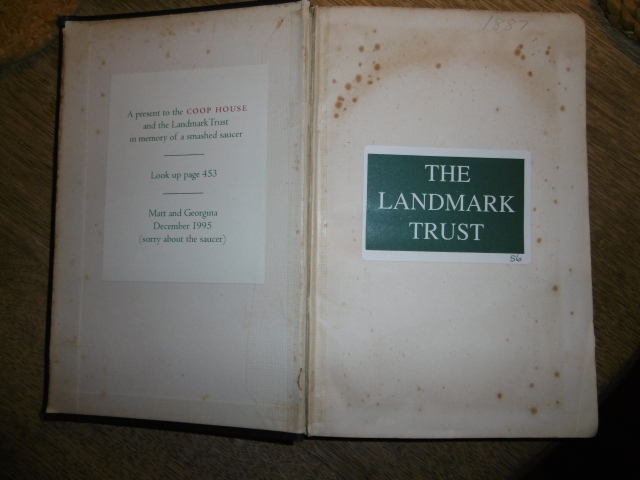 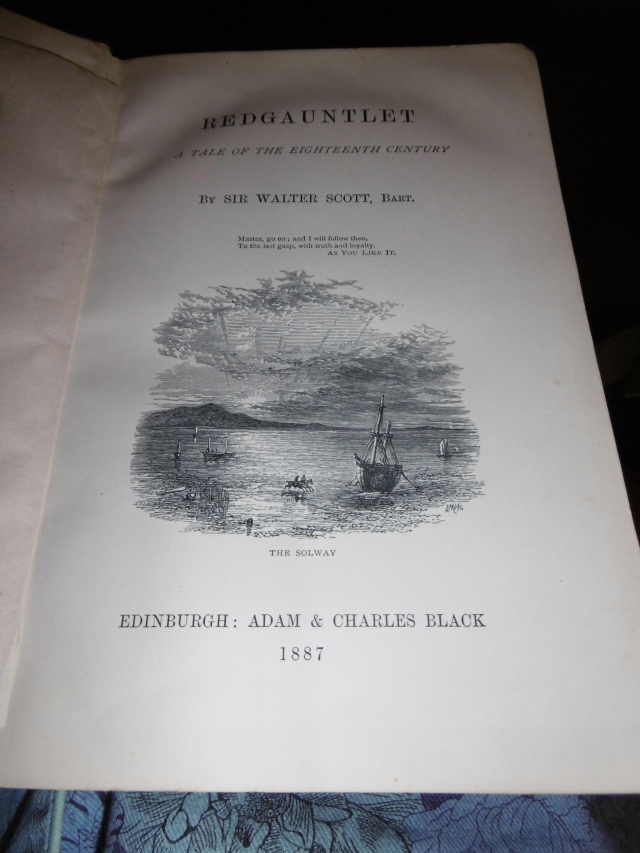 Another book that caught my eye was Sarah Rutherford’s Shire Library Publication ‘Georgian Garden Buildings‘. It’s a very readable and well-illustrated account of  the history and many types of  Georgian garden buildings. The Landmark Trust has several in its portfolio including Coop House. 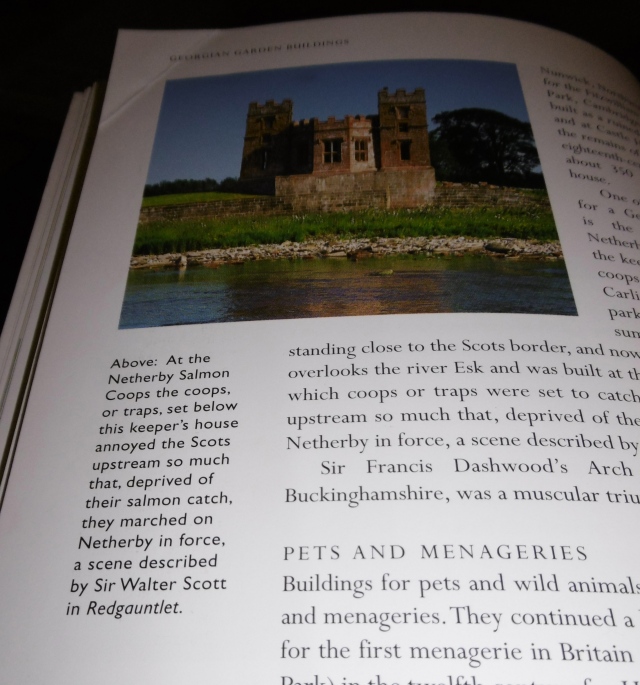 Illustration in Georgian Garden Buildings – note the level of the river!

“Though Georgian garden buildings often seem monuments to rich mens’ folly and whimsy, in fact they always had a purpose, whether functional or ornamental. Today they are valued for their place in architecture, landscape design and social history, as well as often for their sheer beauty or quirkiness. This history of Georgian garden buildings explains the purpose and form the  individual types in the context of the English landscape garden. It looks at each of thirty types in all their variety – from Arches to Towers via Columns, Hermitages and Rotundas.”

All too soon our brief stay was over and it was time to return to the real world of grocery shopping and present wrapping. 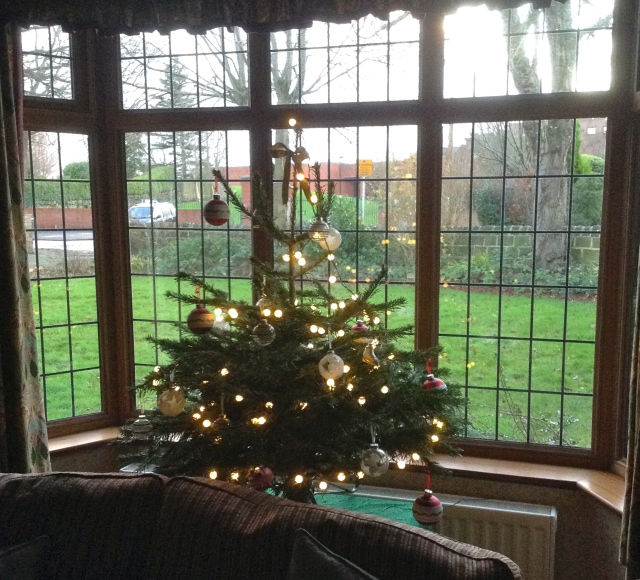 10 comments on “Coop House in Cumbria before Christmas”