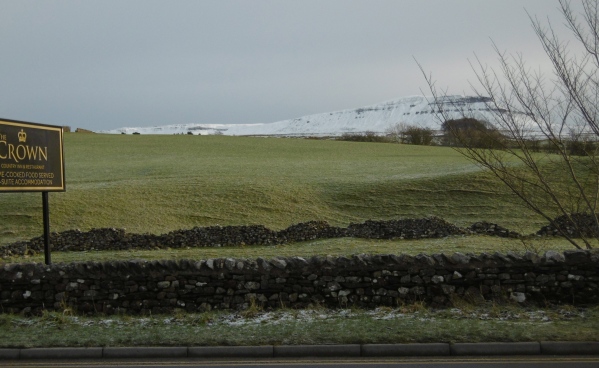 Just my kind of walk! I’ve recorded two walks from or to Horton-in-Ribblesdale station on the Leeds-Settle-Carlisle line here and here. And now I’m adding a third. Being ‘easy’ we kept pretty low level but nevertheless views were superb and the sun warmish and the ground mud-free due to icy conditions. Stiles and bridges were slippery with ice but we all survived for a warming tea (some opted for beer at The Crown) at the famous Pen-Y-Ghent Cafe in the village. As we walked I felt a bit like that famous Japanese artist Hokusai who painted 36 views of Mount Fuji. Only mine were photos of a snow-sprinkled Pen-Y-Ghent one of the much-ascended Three Peaks, from every angle of the walk. 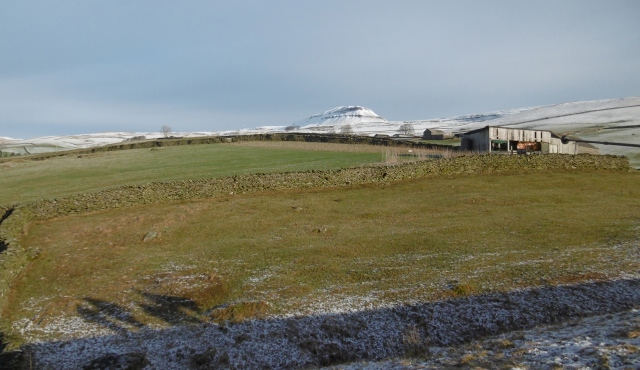 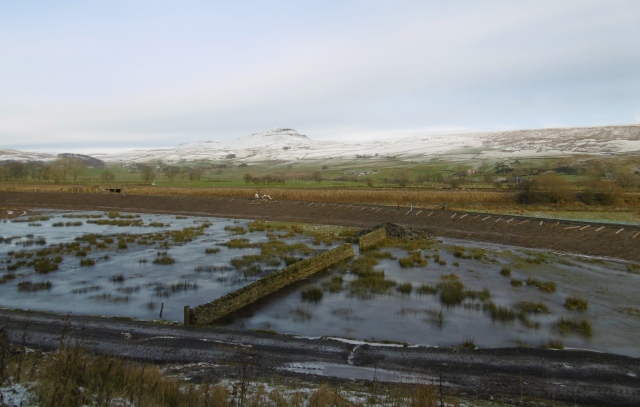 Nearly back at Horton … Pen-Y-Ghent again

We stopped for a coffee break near Dub Cote Bunkhouse Barn on the flanks of Pen-Y-Ghent and for lunch near Helwith Bridge. Our return route took us along prepared tracks made the quarrying company with viewpoints and information boards. Finally, our tracks took us alongside the River Ribble and back to Horton, the cafe and, as snow began to fall, Horton-in-Ribblesdale Station. 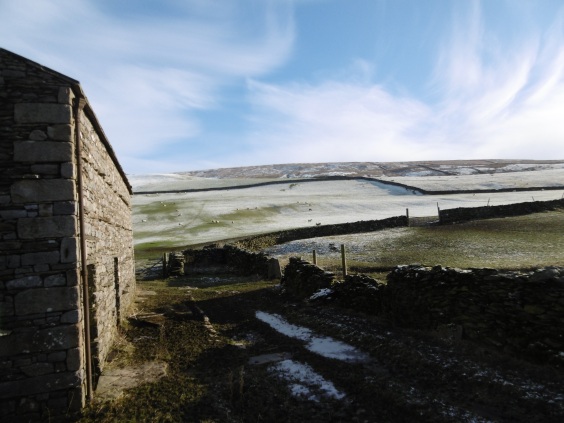 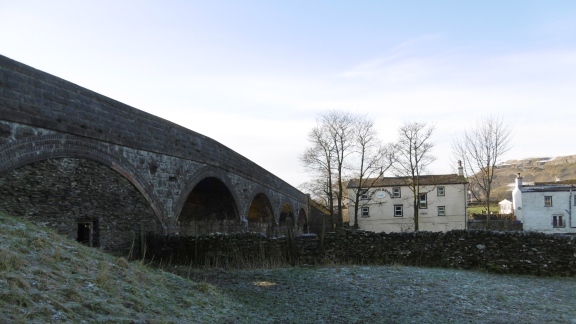 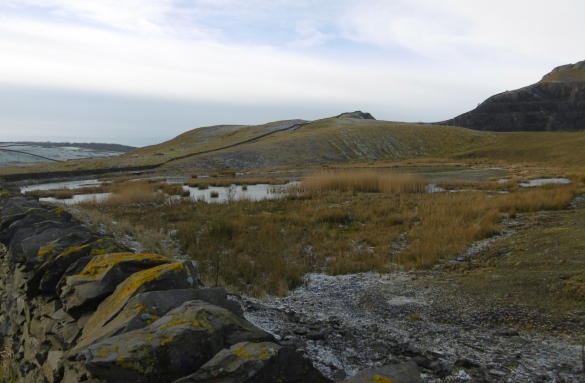 From the Quarry Viewpoint

Our route followed fenced paths through the quarries