Time flies! It’s already over a week since I was in London and Surrey and at home we’ve been busy, busy, busy. And now it’s nearly time for me to reopen the pages of My Irish Times. This year I’m going Dutch for the first ten days and working my way from north to south.

Anyway, that’s for next week, in the meantime last Friday (13th) I was in London and on Saturday and Sunday in Surrey … and beyond. 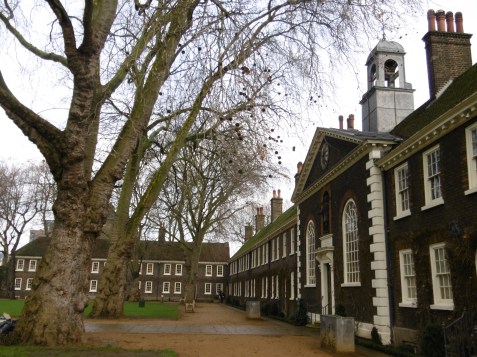 The Geffrye in January this year

I never seem to tire of visiting The Geffrye : Museum of the Home. I have written about it before here. I met my sister and a book group friend at Liverpool Street Station and we took the bus up Kingsland Road to the museum. The current exhibition is called ‘Swept under the carpet? Servants in London households, 1600-2000 ‘.

“Servants are taking over the Geffrye’s parlours, drawing rooms and living rooms…

This special exhibition explores domestic service and the experiences of servants living and working in middle-class homes over the last four hundred years, giving a glimpse into a world often overlooked by historians.

New scenarios and subtle interventions in the museum’s period rooms illustrate the changing nature of the servant’s work and the relationship between master and servant over time – from the intimacy of a maid checking her master’s hair for nits in the late 17th century, to an ayah caring for the children of an Angle-Indian family in the late 19th century, to a French au-pair picking up after the children she looks after in 1960.

These narratives highlight how servants – once part of the household family; and enmeshed in intimate relationships with their employers, gradually disappeared from the spaces of family life to the kitchens and garrets.

Swept Under the Carpet? is guest curated by Tessa Chynoweth and Laura Humphreys, AHRC-funded Collaborative Doctoral Award researchers from the Centre of Studies of Home – a partnership between the Geffrye and Queen Mary, University of London.”

As usual we enjoyed lunch in the cafe and then attended a Lunchtime Talk “Servants in London Households 1700 – 1800”. This was the period when servants were very much a part of the household and owners joined in with the tasks; one thirteenth of the population of London were in domestic service; we had commentary on the prints from Hogarth’s ‘A Harlot’s Progress’; heard about the maid’s handbooks although we were not too sure whether the lowest of the household maids could actually read and we surmised that they would have been read to by the Housekeeper; and that sometimes the sons and (mainly) daughters of middle-class merchants served in the households of family and friends.

As I’ve made several visits to The Geffrye (the most recent before this was in January to visit The Almshouses I didn’t take any interior photos on this occasion.

In the past I’ve spent time in the Garden Reading Room but one area of The Geffrye site that I’d never visited before, as visits had been made in winter, was the Garden. So we were delighted to be able walk round the period garden ‘rooms’ and see flowers in bloom; hear birds and smell the delicious herbs all immediately below Hoxton Overground Station where trains were drawing up and departing every few minutes.

A Dresser of Auriculas

Lovely Bower : A pleasant shady place under trees or climbing plants in a garden

The Geffrye and Garden Rooms 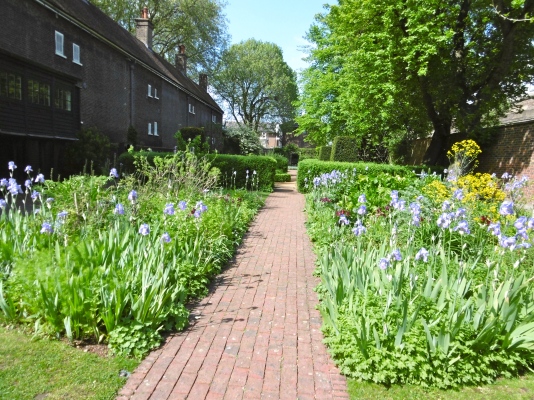 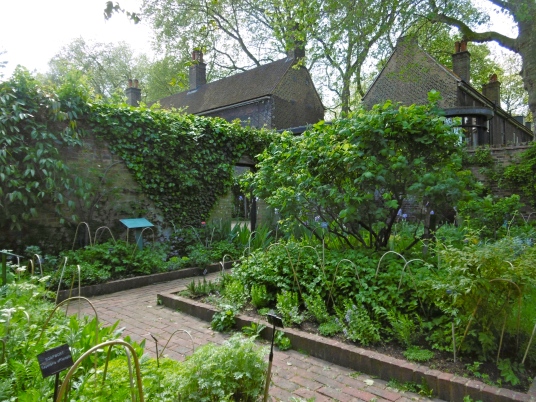 3 comments on “The Geffrye Garden of Smells”