Last year I wrote about the Gate Lodges of Ulster and selected a few that I had come across during my brief, but very enjoyable, stay in the Six Counties. I was due to stay in a further Gate Lodge in Northern Ireland this year but a last minute call from the Irish Landmark Office lead to a change of accommodation, and even country.

I’d booked three nights at The Triumphal Arch Lodge at Colebrooke in Co. Fermanagh from where I hoped we’d visit Lower Lough Erne and the ancient places around its shoreline and its islands. Instead I had to choose alternative accommodation and plumped for Knocknalosset House near Bailieborough in Co. Cavan. 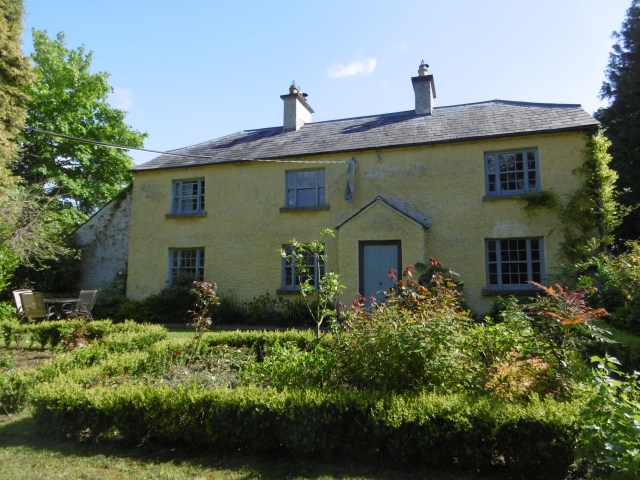 Here I have adapted what it says about the House on the Irish Landmark website :

“Knocknalosset is an endearing two-storey farmhouse in roughcast with a hipped roof. The north front, set in a narrow yard facing a long lofted barn, is simple, with four bays and a small gabled porch on the ground floor and three bays above. The windows here are all sill-less, mostly with miniature Georgian sashes. A contrast with the more formal south front, which was refenestrated in the late Georgian period: also of three bays with enlarged openings and with tripartite sash windows on sandstone sills. the entrance is an off-centre gabled windbreak.

The Narrow Yard with House (left) and Barn (right)

The authentic lime-washed interior is a very rare survivor, with low-ceilinged rooms and good 19th century panelled doors and shutters. It has an interesting plan; five rooms on the ground floor around a long hall with narrow stairs placed across the kitchen at the centre; here a generous arch over the hearth and, piercing the stair wall, the obligatory squint as a window on passing life. Georgian maps show the existence of a house here before 1775, when the lands formed part of the Greville estates.” 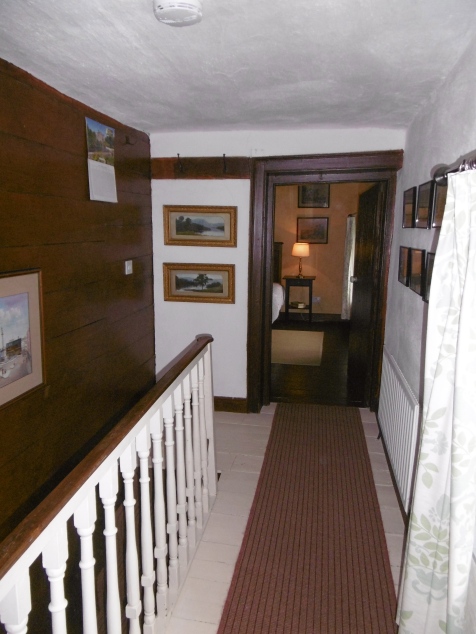 One of the three Bedrooms at Knocknalosset 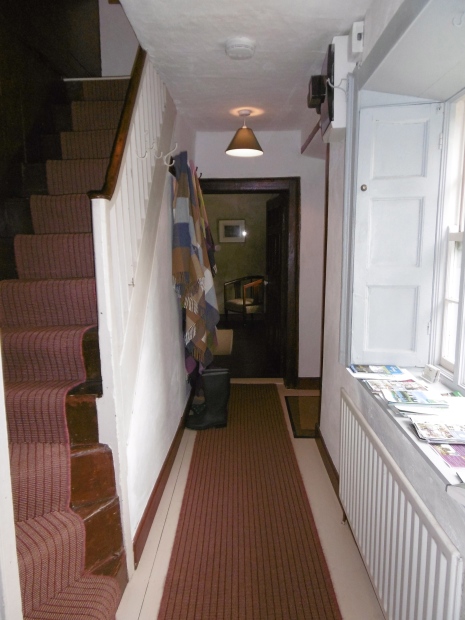 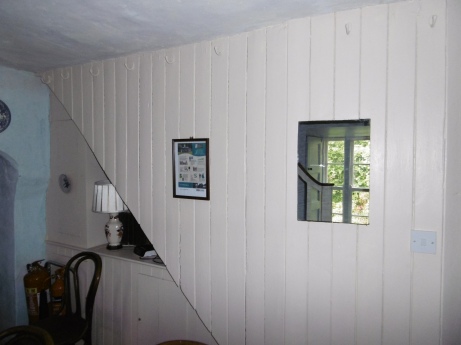 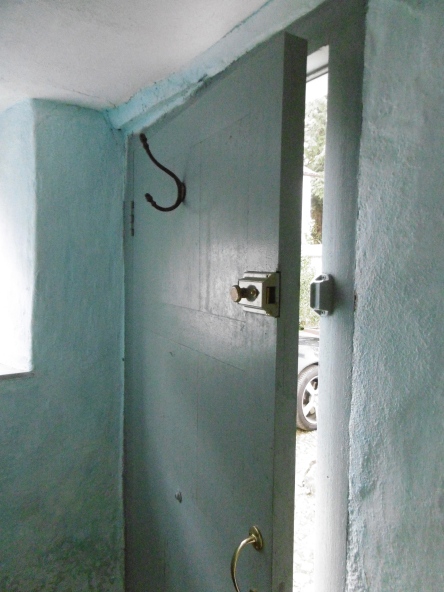 During Renovations all the Hooks were preserved in situ

The next two Landmarks were gate lodges and first up was Castletown Gatehouse just within the perimeter of the Estate of Castletown on the very edge of the town of Celbridge, Co. Kildare. Here are some of the history notes about the house:

“Three Gate Lodges grace the entrance to the magnificent Palladian Castletown House, one of the most important eighteenth century estates in Ireland. The Lodges are known locally as The Round House, The Pottery and The Gate House. These vernacular buildings form an important part of the Celbridge streetscape and are in fact a very important landmark for both locals and visitors to the area. The Gate Lodges also form a significant and integral part of the Castletown Estate. Unfortunately very little historical information remains for them. However, the importance of Castletown House reflects upon the importance of the Lodges.
Family papers note that the gate piers were completed in 1783 and suggest that the lodge nearest the gate, now called The Gate House, was also complete at this time and occupied by an elderly couple.
In the 1950’s the Mercier family lived in the Lodges.
To the right of the lodges there was a wrought iron gate which led to a garden their mother was really proud of. Here she grew vegetables for the family. 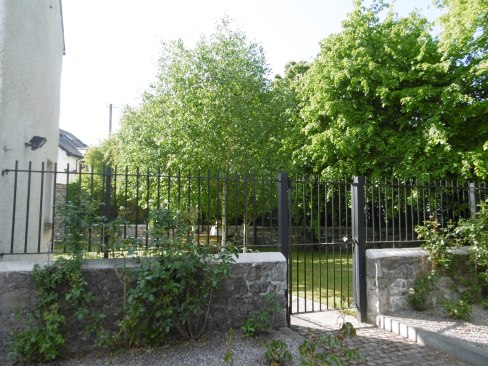 The town of Celbridge has an interesting historical background. Celbridge Abbey was built by Bartholomew Van Homrigh, Lord Mayer of Dublin, in 1697. It was his daughter, Esther Van Homrigh, who was immortalised as “Vanessa” by Jonathan Swift, who came regularly from his deanery to visit her. The Rock Bridge, situated in the grounds of Celbridge Abbey, is reputed to be the oldest remaining stone bridge that crosses the River Liffey. Celbridge is also the birthplace of Arthur Guinness, founder of the Guinness Brewery family business.” 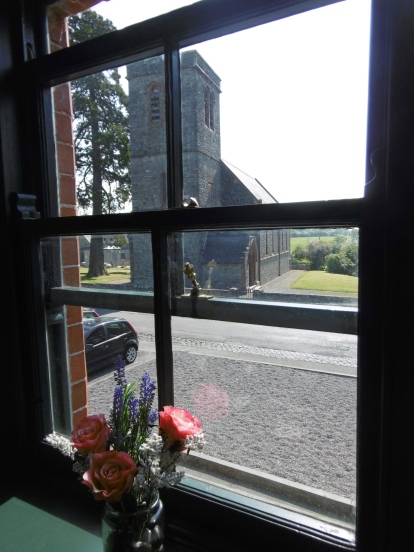 Church View from The Gate House

Castletown Gate House and Celbridge made the perfect location for a week. We were able to take the bus into Dublin, drive to the Boyne Valley ancient sites, walk around the beautiful estate, shop locally, enjoy Irish music in a local pub and visit the bookshop in Maynooth and Avoca at Rathcoole.

Anne’s Grove is truly a Miniature Castle, just a mile or so from the small town of Castletownroche, Co. Cork. Sadly, the famous Anne’s Grove gardens are currently closed to the public for renovations and even to the residents of the little castle gate lodge.

Here is what the Irish Landmark Trust say about it :

“An intensely romantic property, Anne’s Grove is built in the Gothic style; the building being a medieval castle in miniature. It is situated at the junction of three quiet country roads and surrounded by mature beech trees, which cradle the property and stonewalls. Inside timber ceilings, wood floors, stone arches, and snug rooms make this property an idyllic setting for those looking for a romantic break.
Anne’s Grove was designed by Benjamin Woodward, of the distinguished firm of architects Deane and Woodward in 1849. Since Woodward designed only two gate lodges of this type, it is of some architectural importance. The lodge, prior to restoration, had not been lived in since the 1940s. A miniature medieval castle it was designed to impress visitors to the main house – Annesgrove House and Gardens.” 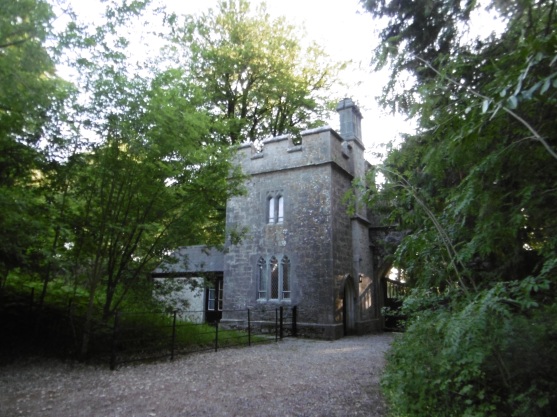 2 comments on “Two Gate Lodges and Another Landmark in Ireland”