The latest walk by Weekday Wanderers was the Boston Spa Circular. My first thought whenever I hear mention of Boston Spa is of the British Library Lending Division which is actually based at Thorp Arch Trading Estate just across the River Wharfe from Boston Spa itself.

Our walk last Thursday began at the Car Park beside St Mary’s Church on the High Street in Boston Spa. There’s a Public Footpath sign pointing down to the River Wharfe and Holgate Lane. On reaching the River turn right and follow the shady path for a while passing Thorp Arch Bridge, the Spa Baths and Wharfedale Hall. 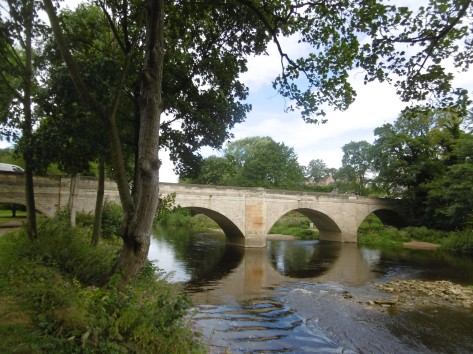 Eventually, it’s time to turn away from the River and regain the road (A659) between Wetherby and Tadcaster. It’s a busy road but there’s pavement most of the way although it means crossing from one side to the other a couple of times. At Bar Lane turn right, away from the road, and very soon on the left there’s a public footpath edging alongside a couple of fields which later joins a track: Heygate Lane. From there we turn across another field path to join Windmill Lane into the village of Clifford. After leaving the A659 we’d been able to see, across the fields, the tower and basilica-like church of St Edward The Confessor in Clifford. The village is a staunchly Roman Catholic enclave.

“The church was built by the Grimston brothers for the workers who came to work in their flax mill to enable them to attend Holy Mass. The church is in the Romanesque style by J. A. Hansom to designs by Ramsay The tower was built to designs by George Goldie. It was opened in great style by Archbishop Wiseman of Westminster on 24th May 1848.” [source] 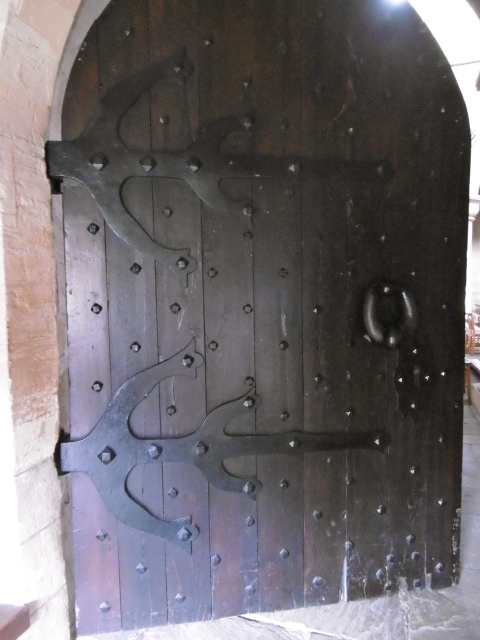 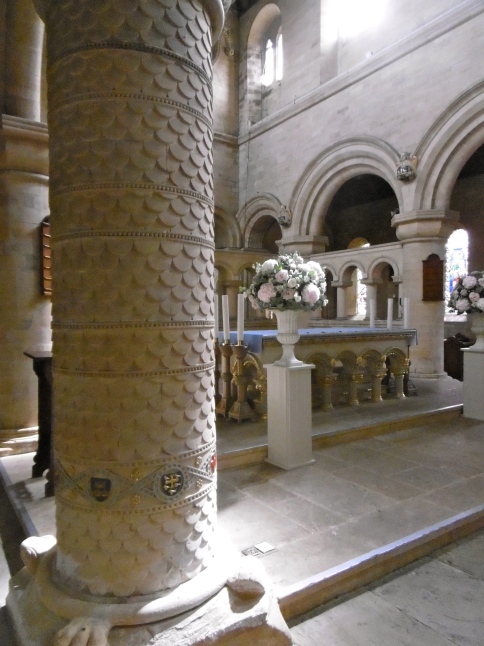 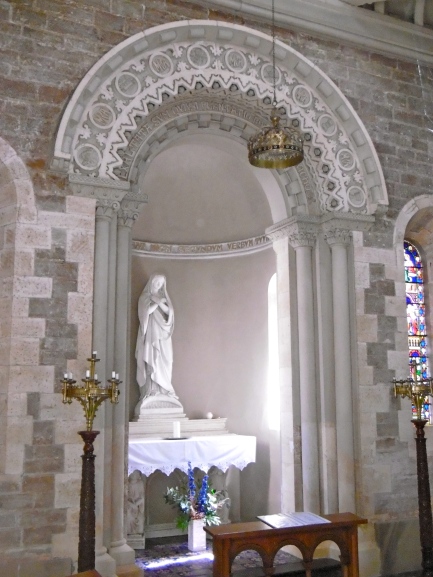 We took time out to look round the church and then proceeded through the village to the Community Hall where there are gardens and seats which make a good stopping point for lunch.

After lunch we took the road that heads out of Clifford eventually turning off towards the A1(M). Is it still called The Great North Road? An excellent (if very noisy) path runs parallel to the motorway for over a mile.

I’ve never been so close to a motorway sign

At the roundabout/intersection cross over to the A659 again and head towards Boston Spa. At Leys Lane turn left and leave the busy road. At a right turn another lane leads between high hedges to a Public Footpath sign and path leading back to the River Wharfe.

The path is high up on a cliff above the river but after about a mile joins up with the initial path at Holgate Lane. We retraced our steps back up to Boston Spa High Street where we had a cup of tea and cake at Dulcie Butterfly Vintage Tea Room. About 8 miles in total.