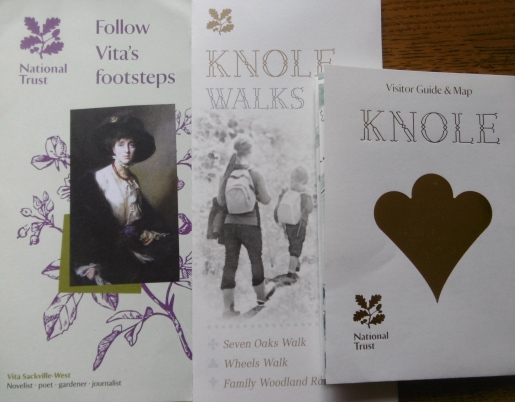 Little did I know in August when I visited Sissinghurst that the next month I’d be at Knole. It was rather a last-minute arrangement to visit a friend in Sevenoaks when I was down in Surrey the other week. Her home is just steps away from the medieval deer park at Knole and the National Trust property of that name.

I visited once before in February 2012 when I was staying nearby. But on that day everything was closed and there was a total white-out everywhere. In September this year the park was unrecognisable from my previous visit. Something we did see on both occasions though was the deer roaming in the park.

Vita Sackville-West grew up at Knole and dearly loved the house but on the death of her father the third Lord Sackville she was unable to inherit as it was entailed down the male line and went to her cousin Eddy (Edward Charles Sackville-West, 5th Baron Sackville was a British music critic, novelist and, in his last years, a member of the House of Lords) about whom we discovered a lot in the Gatehouse Tower. He did not wish to own the house; whereas Vita regretted that she didn’t. 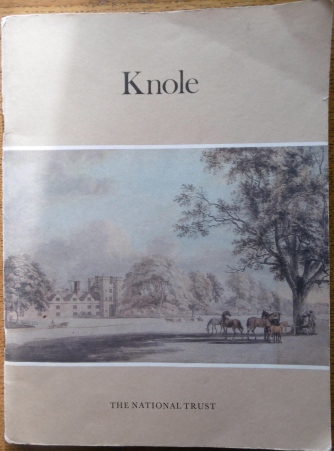 This year Knole is undergoing a £19.8 million project to open new spaces to the public and conserve the building and its precious collection. However, it certainly is not closed to the public. We were allowed in during the morning to join a tour after which we  toured the rooms again on a ‘freeflow’ basis. Only a few show rooms were open but we gained an insight into Knole‘s history, enjoyed studying the portraits in the Brown Gallery, passed through the large store of precious artefacts in huge glass cases (they will eventually return to their rightful places in the house) in the Great Hall and saw the rather tattered looking original Knole Sofa.

Here‘s a description of the Knole Sofa and here’s a picture of a modern day version. 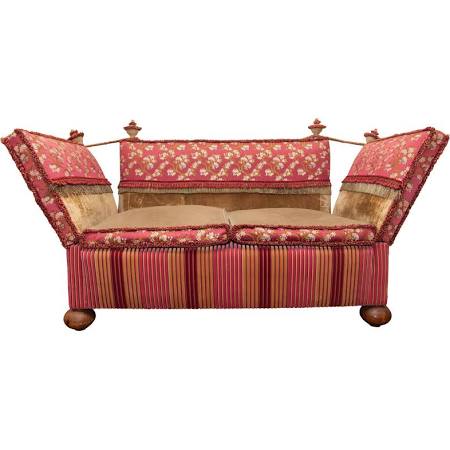 After a picnic lunch we visited the, newly open this year, Gatehouse Tower, that reminded me of the Tower at Sissinghurst and the light and airy Orangery often used for art shows and exhibitions.

Green Court just inside the entrance 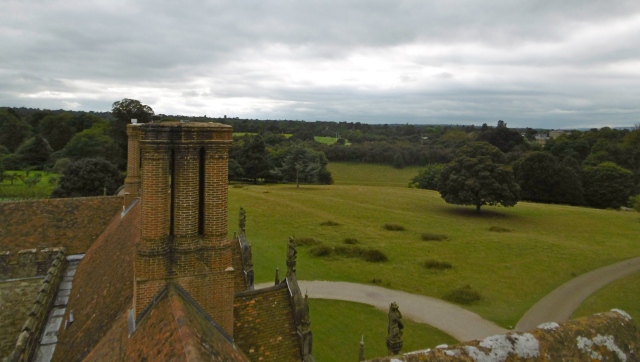 The Deer Park from The Gatehouse Tower

Of course, there was also the mandatory bookshop and NT shop to visit before we walked through the deer park into Sevenoaks, via the seven oaks, which were badly depleted during the major storm that hit southern England in October 1987. 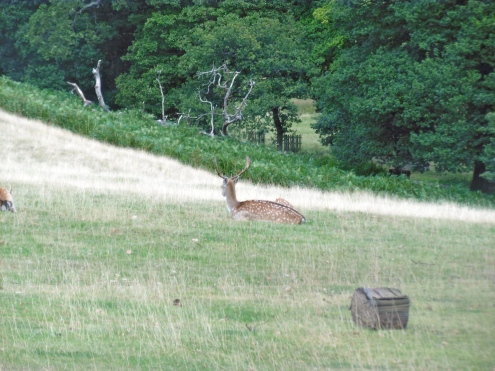 Deer in the Park

The Seven Oaks across the playing field