Started in 1295, Chirk Castle was one of several medieval Marcher fortresses sited on the Welsh-English border to keep the Welsh under English rule. Last Thursday was a glorious spring day and ideal for a visit to this beautiful location. There’s a longish approach to the Castle from the village of Chirk. You pass the wrought iron gates commissioned  by Sir Richard Myddleton and built between 1712 and 1719. They were originally at the Castle but moved to their present location in 1888.

From the Reception Courtyard, where we booked for the first house tour at 11.15, we climbed up a short hill to the Castle itself. We took note of the gardens, admired the view and explored the Castle Courtyard whilst we waited for the Tour to begin. At 11.15 a small group of us assembled in the Cromwellian Hall where David gave us a brief history of the castle and changes brought about by various owners and architects probably the most famous being Augustus Pugin. Yes, he’s been mentioned here by Milady several times. His Neo Gothic style is particularly suited to this former fortress and it would seem that he had virtually free run with his designs at Chirk.

David in the Cromwellian Room 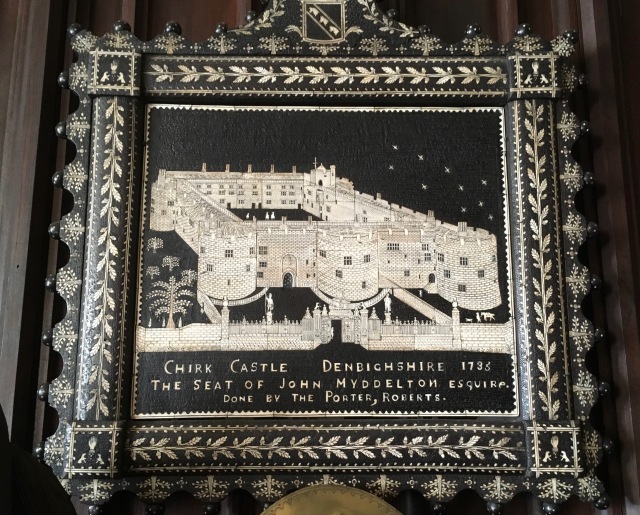 Picture in the Cromwellian Room made of bog oak inlaid with bone. It shows the Castle in 1735 and shows the Davies Gates in their original position.

The State Dining Room was at one time decorated by Pugin but was redecorated in the neo-classical manner as it had been for Richard Myddelton, MP, in the late 1770s by Lady Margaret Myddleton 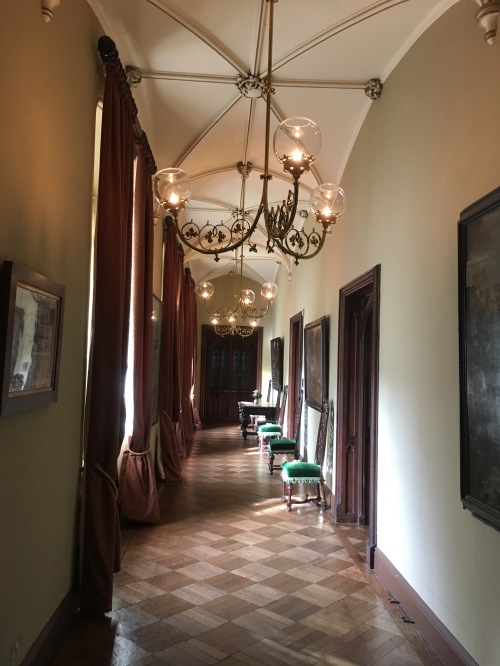 … and a selection of his fireplaces complete with his trademark tiles : 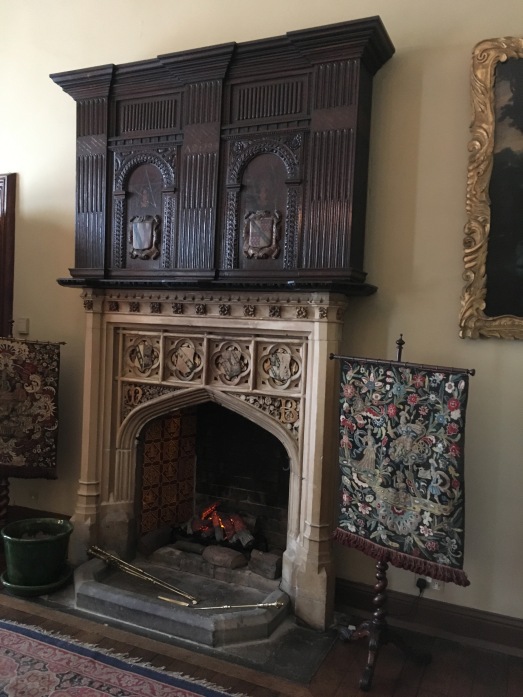 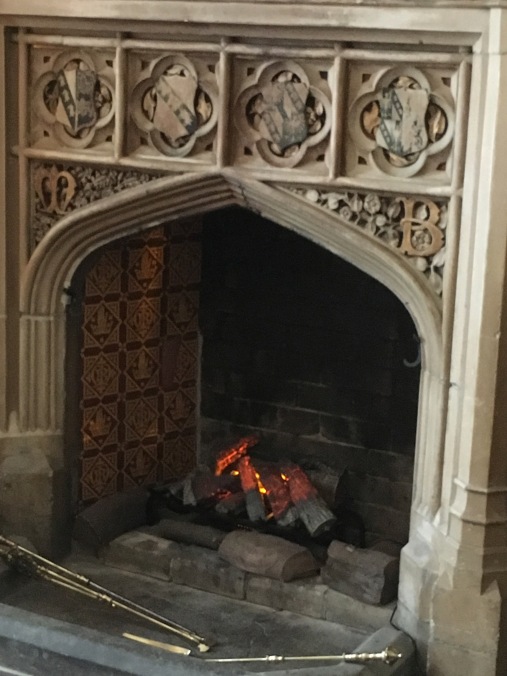 … plus a couple of his chairs :

After our House Tour we it was time for a cup of tea and then we joined another enthusiastic volunteer, Nick, for his afternoon tour of the exterior of the Castle and an explanation of the architecture within Castle Courtyard. For example – Why are there Battlements facing into the Courtyard? Answer : Because Pugin decided it would be a good idea. 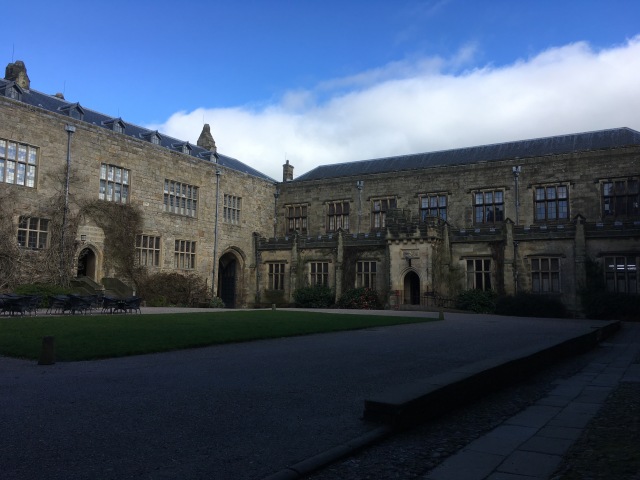 5 comments on “Treasures and Tours at Chirk Castle”