Last August I attended a family wedding celebration at Cliveden. We all stayed for one night in beautiful Spring Cottage which is part of the Cliveden House Hotel that occupies the main building at Cliveden. The whole estate belongs to the National Trust. You can read all about the story of Cliveden and its occupants (and scandals) elsewhere. 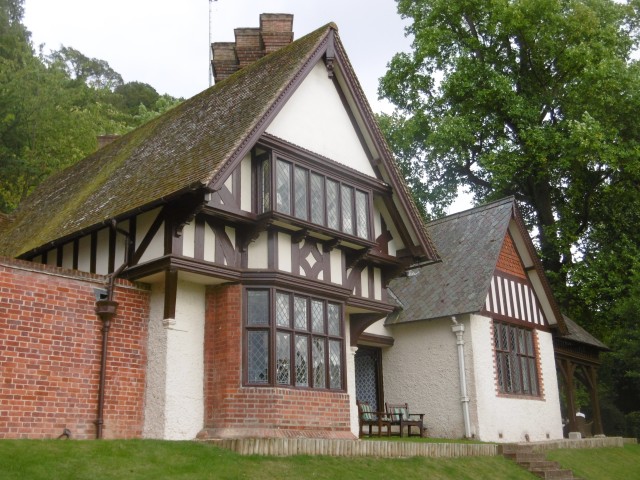 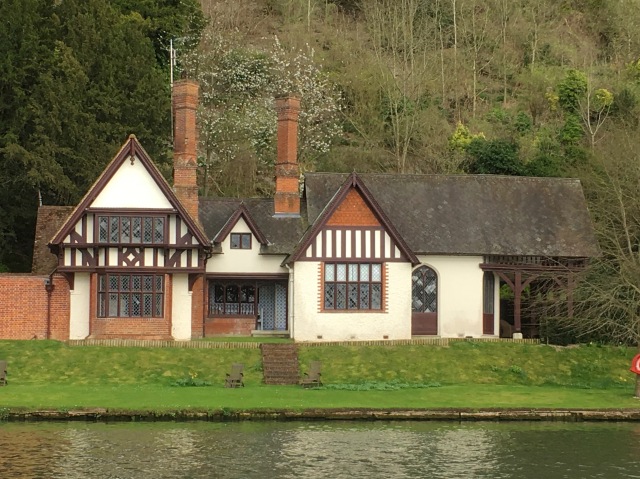 Spring Cottage from the River Thames

As soon as I got home after the wedding I knew I had to book one of the two National Trust cottages for an extended stay in order to experience this beautiful park with its woodland walks, beautifully maintained gardens and river trips on the Thames. Last weekend finally came around and along with my book group friend Julie I checked in to Ferry Cottage.

Lots has been written about the Cliveden House and its history so I’m just going to introduce you to some of the smaller, less significant buildings which I found equally attractive. 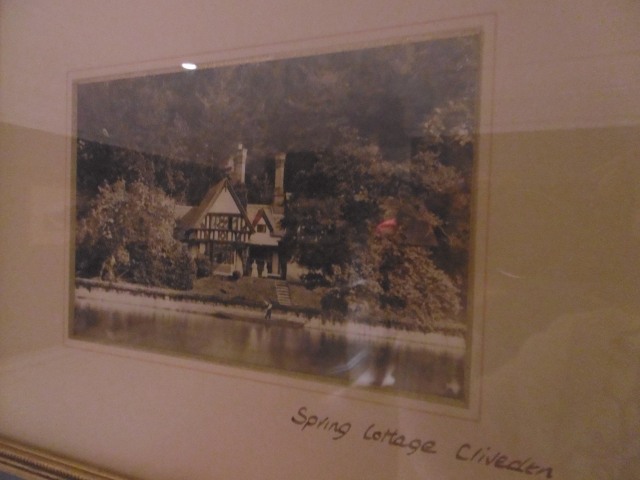 Spring Cottage, standing beneath The Hanging Woods, was originally built in 1799. It was extended 14 years later to create a domed Gothic Tea Room (where the marriage ceremony took place) where well-to-do visitors, some of whom came by boat from nearby Windsor,  could be entertained “in a romantically rustic setting, but also in comfort”. 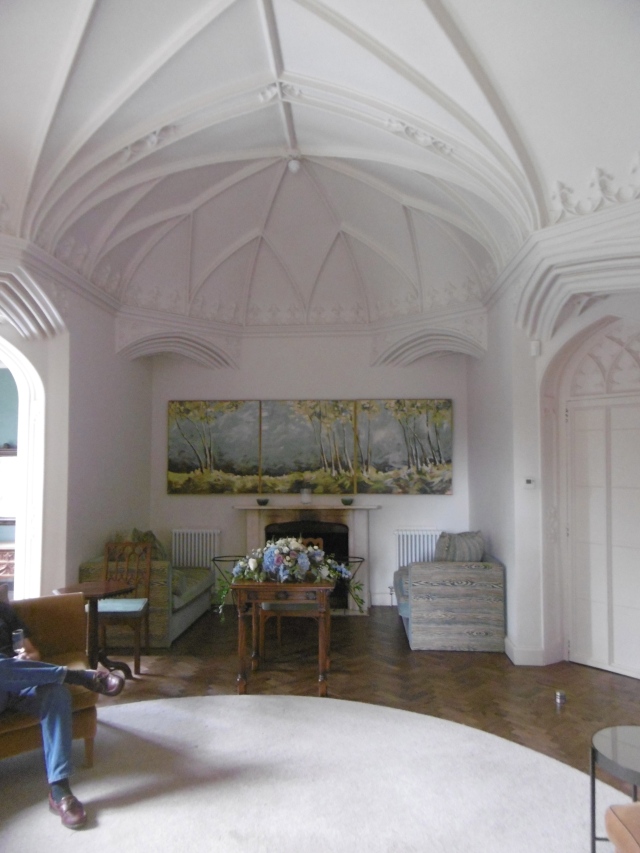 George Devey was commissioned by the Duchess of Sutherland (the chatelaine of Cliveden and lady-in-waiting to Queen Victoria) to further adapt and extend Spring Cottage. Queen Victoria appreciated spending time in the simple but nevertheless luxurious cottage away from Court. Devey specialised in designing small buildings for the great country estates of the day. According to the history notes at Ferry cottage, his architecture was very much in the style of domestic and leisure buildings in equally idealised settings. 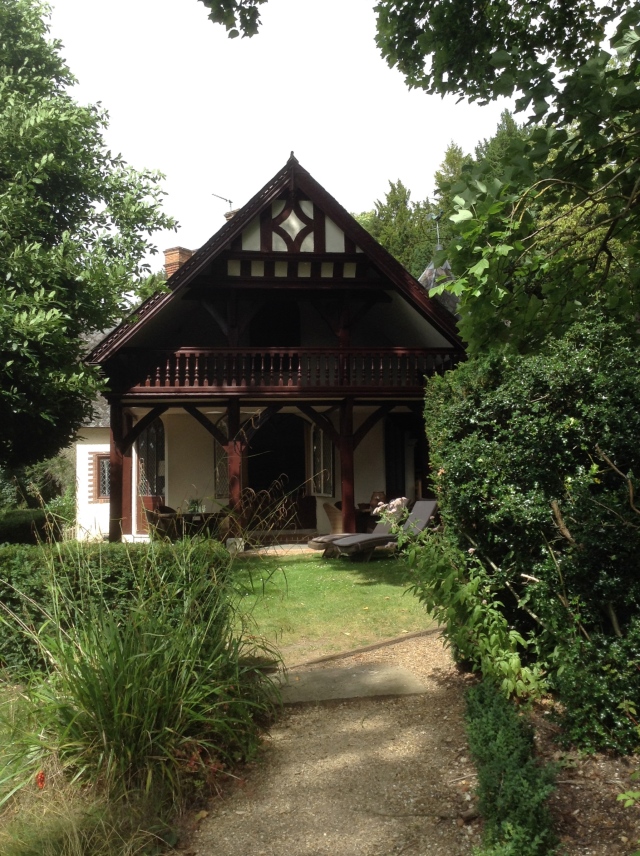 “Outside the Tea Room doors, the patio under the Minstrel’s Gallery was laid with Caithness flags, brought from a quarry near the Duchess of Sutherland’s Dunrobin Estate, and a new ‘Green Room’ was created. Enclosed by yew hedges, this formal space overlooked by the Minstrel’s Gallery provides an elegant outdoor room for private entertaining. From the Green Room a tantalising glimpse of an ornate stone urn and the sound of the cascade lead the visitor along a narrow path to an Arcadian landscape. Around 1900, William Waldorf Astor introduced a classical stone bridge across the outflow from the springs and a flight of steps down to a landing stage on the Thames. The stone balustrade, ornamented with eagles, is modelled on the 17th century Borghese balustrade on the Parterre.” 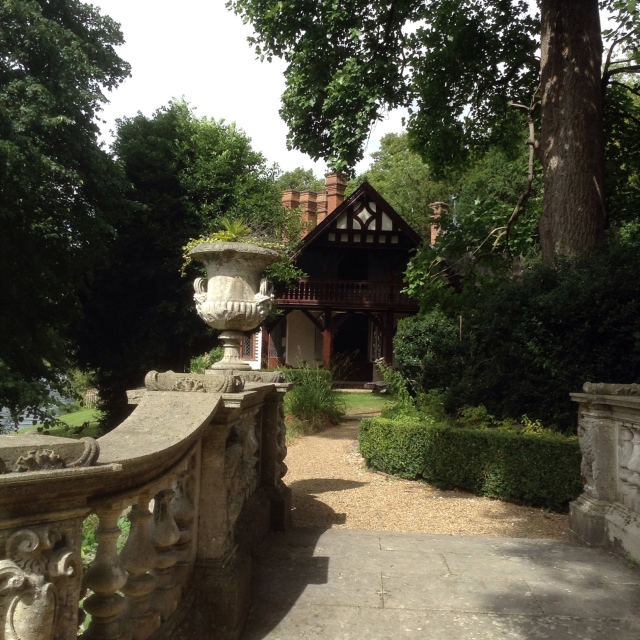 In the late 1850s Devey was further requested to build three more cottages and a boat house in a rustic style using timber, bricks and local tiles. Ferry Cottage is one of these, along with New Cottage and Seven Gables Cottage.

Ferry Cottage dates from 1861 and, as its name suggests, was built to house the ferryman and his family.  The appearance of the cottage today is very much as Devey designed it. It has a stone plinth with a mixture of English Bond brickwork with roughcast and timber framing. Some alterations were made during the 20th century. 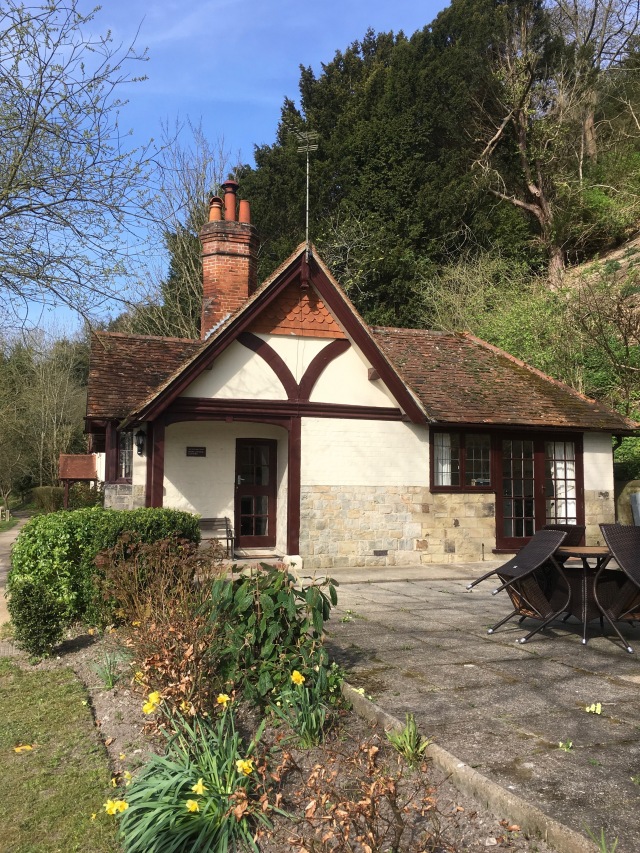 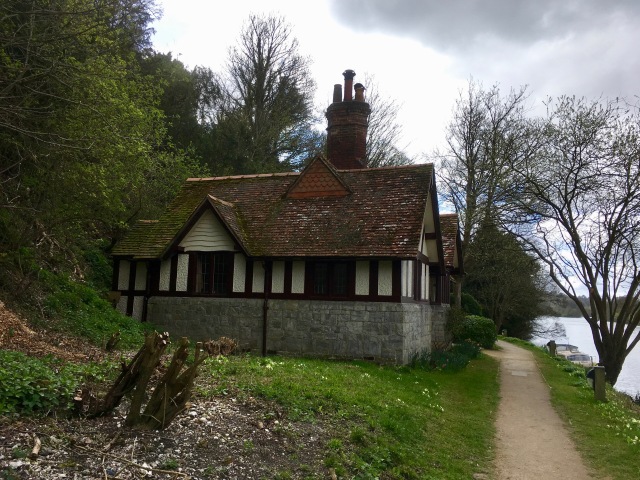 The other side of Ferry Cottage 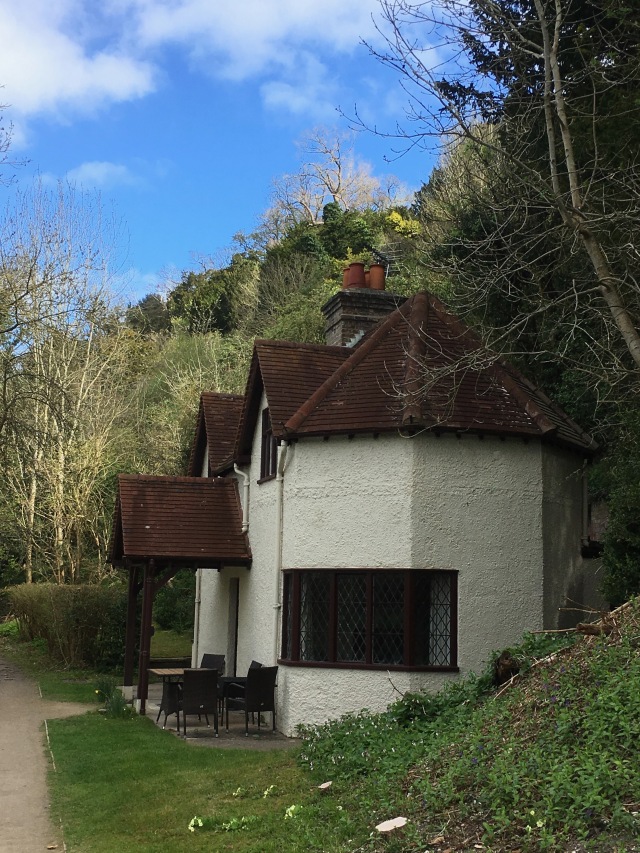 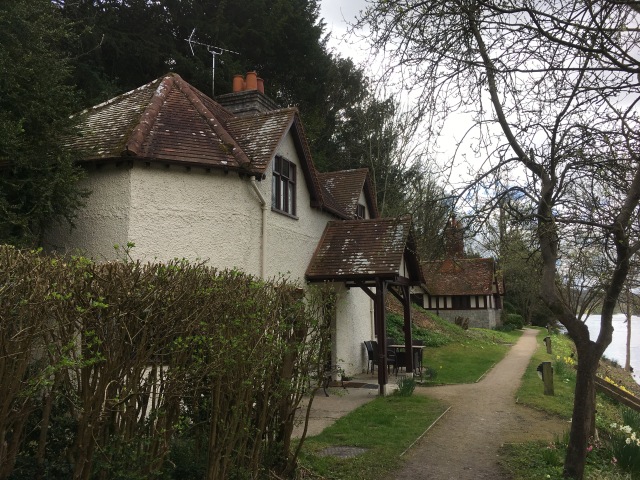 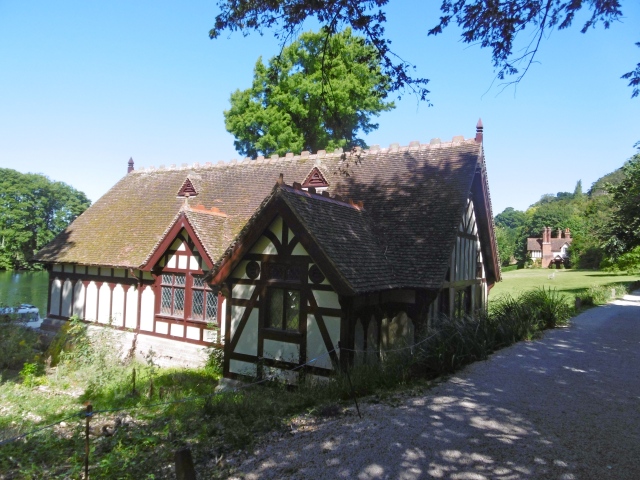 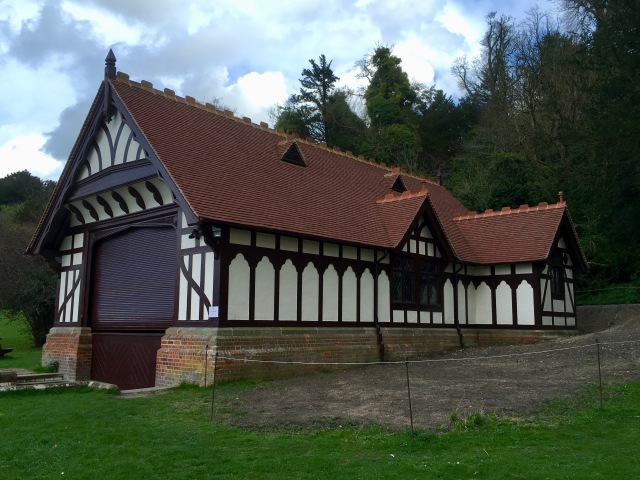 The current renovation of the Boathouse is almost complete 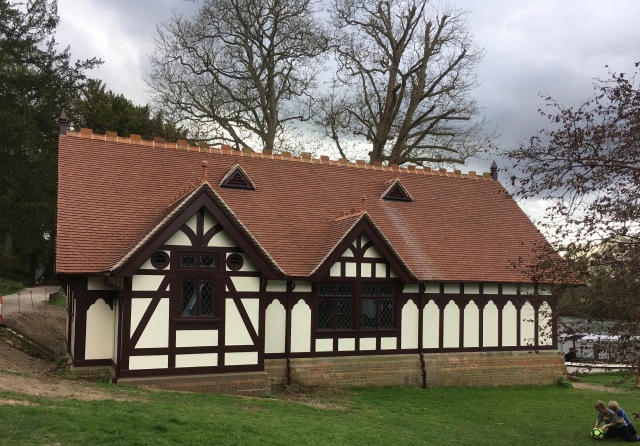 A nearby information board explains the recent work done on the Boathouse. The layered clay tile roof has been renewed with like for like replacements; the lead lights (decorative windows) have been repaired and the exterior has been generally spruced up.

These small buildings lend character and interest to this part of the riverbank and the “uncaredforness” of the Hanging Woods behind.