On our last day we had make the difficult decision as to what we would do and where we would go. We still had several “must-sees” on our list. In the end we settled on heading to the very northern tip of Rügen to visit two famous lighthouses and walk to the picturesque fishing village of Vitt. We would then drive and walk to a Neolithic burial ground (Nobbin). Travelling via the village of Altenkirchen we would then take the car Wittower car ferry over the Breetzer Bodden and finally visit the village of Gingst with its handicrafts museum, cafe and bookshop.

We caught the little road train from Putgarten to Cap Arkona

Cap Arkona and its twin lighthouses is a veritable tourist  trap, but as usual, and as in the Jasmund National Park, we were soon able to leave the crowds as we walked away to Vitt just a few kilometres south.  In Putgarten itself, Rhona had recommended the Helene-Weigel Cafe and Culture.  Helene Weigel was the wife of playwright Bertolt Brecht. Several years ago I visited their home in Berlin.

Lovely ironwork inside the Schinkel Lighthouse 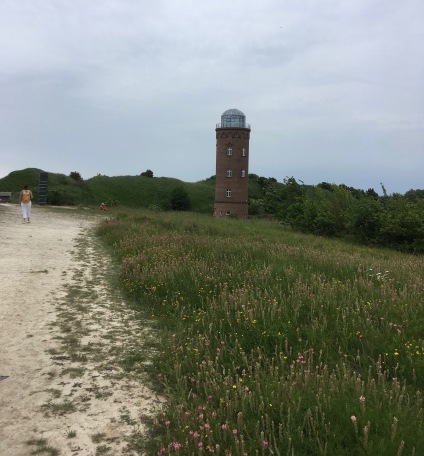 The “Peilturm” a former naval tower tower built in 1927 and which served as a marine radio and assisted with navigation. Now an art gallery. En route to Vitt

Coast and Vitt from the coastal path

Coming down into Vitt 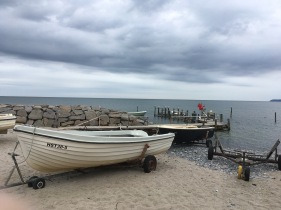 The picturesque harbour at Vitt 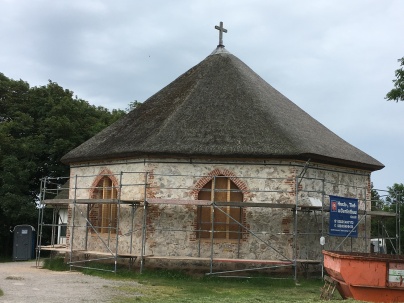 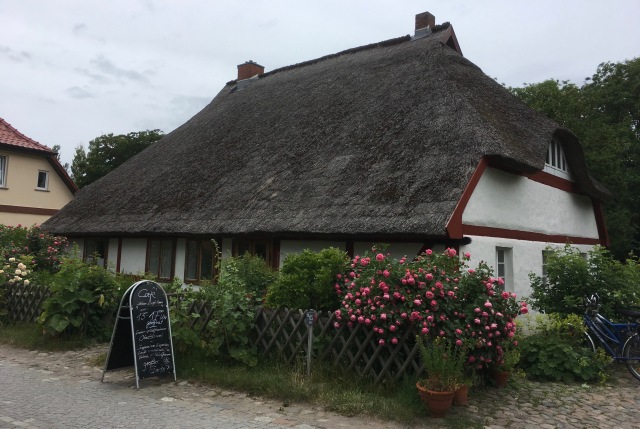 The Megalithic Grave at Nobbin

The megalithic site made of boulders dates back to Rügen’s early stone age. It is one of the largest stone graves in north Germany. It was archaeologically investigated in the 1970s. Below are two tomb vaults. Two human skulls were found along with arrowheads, Iron Age burials from 600 to 50BC, an urn and grave goods dating back to the Iron Age.

Altenkirchen church is the oldest church on Rügen. It was built in 1185 by Danish monks who introduced the church’s brickwork technique probably on an older Slav b urial ground. The apse and square choir are still preserved in their original Romanesque style. 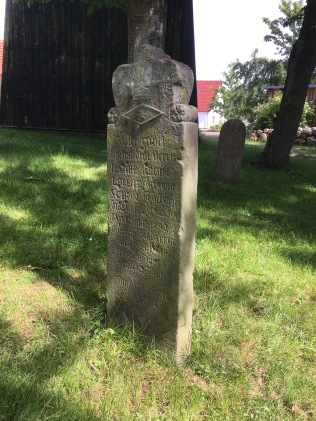 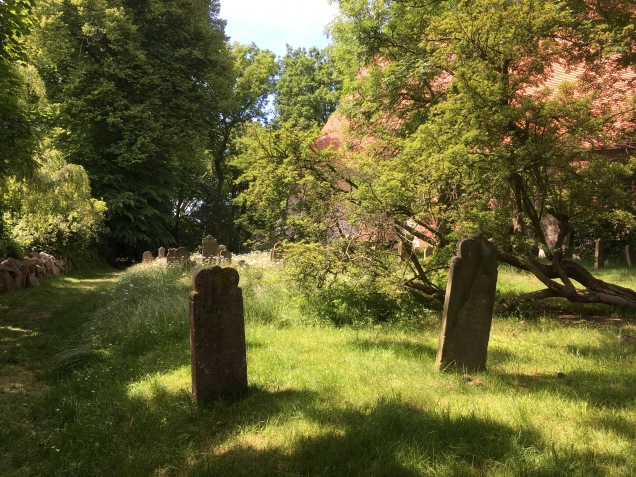 The Museum Cafe and Garden 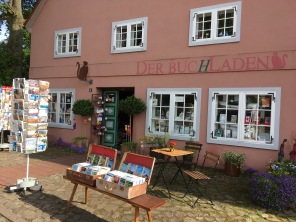 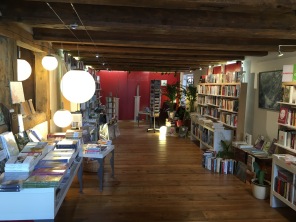 I think we made an excellent decision and enjoyed a day full of variety – just the kind of variety that we both enjoy. 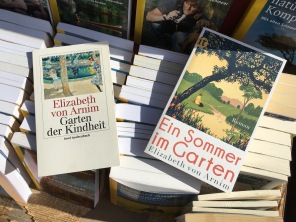