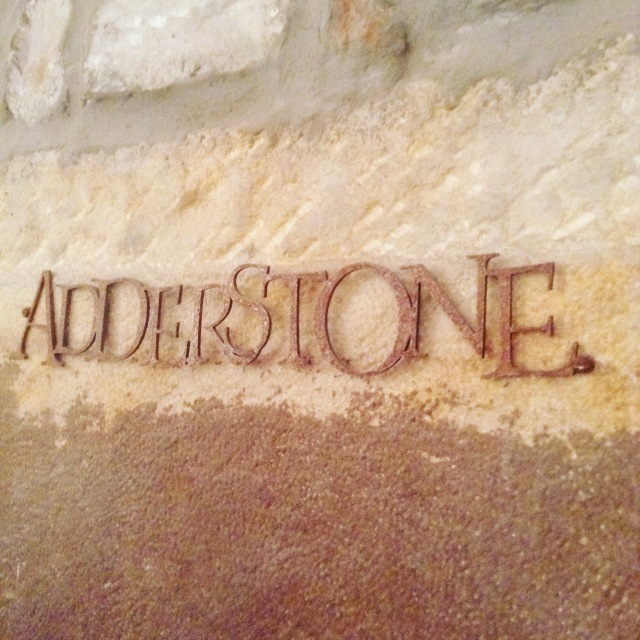 Adderstone is the name of my friend’s cottage in Northumberland. It’s situated just off the A1 on the road to the coast at Bamburgh. I’m just home from a brief stay and I must say that, despite flurries of snow at lunchtime today and a shower yesterday morning, we had better weather than I’ve had on multiple visits to this part of the country in previous years and which were always in late June or early July.

Yesterday we headed for the famous Barter Bookshop in the converted railway station at Alnwick. They have now opened a station buffet serving comfortable, warming foods and, as they welcome dogs in the shop (and my friend has two), it’s possible to sit in a cosy dining room with open coal fire specifically for dogs and their owners. Other, dog-free, station dining rooms exist. 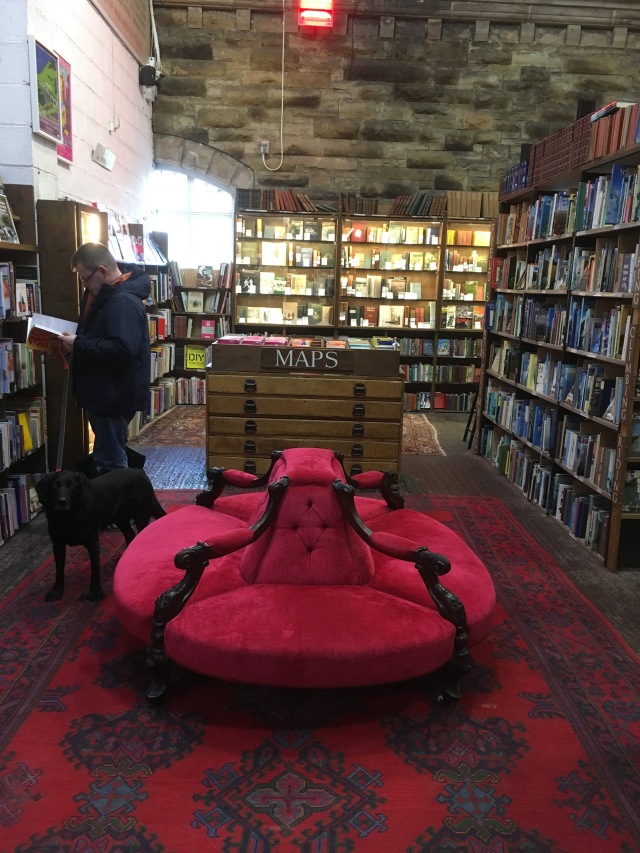 From Alnwick we headed back up the coast for a beach walk beneath the magnificent Bamburgh Castle.  I’ve visited Bamburgh and its Castle on several previous occasions and you’ll see how photogenic it is from the photos. Not surprisingly it has featured in many films and TV series. I made a list of these on my last visit but the list has been added to since. Here is the most up-to-date list.

Bamburgh Castle from the car park 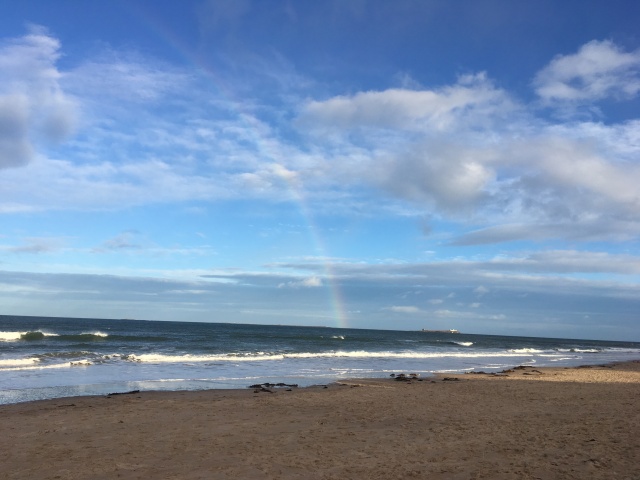 Rainbow’s end on the Farne Islands

Bamburgh Castle from the beach

The Lighthouse and looking towards Budle Bay 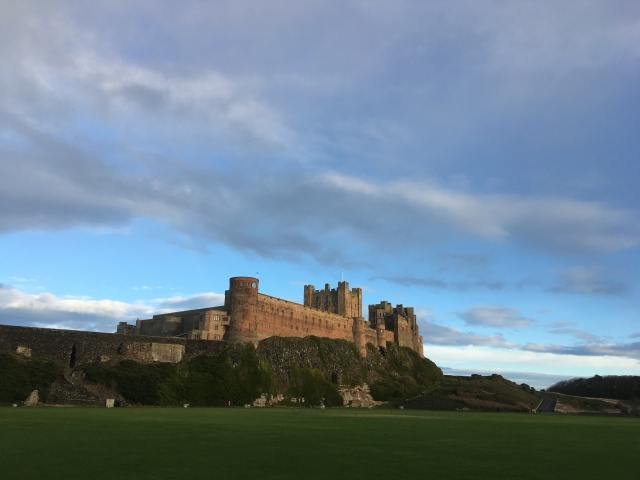 Bamburgh Castle from the Cricket Pitch

And today we enjoyed another beach walk. This time just over the border at Coldingham in Scotland.

Our short walk took us along the beach, up onto a cliff path and down into St Abbs for a warming cuppa at Ebbcarrs Cafe … 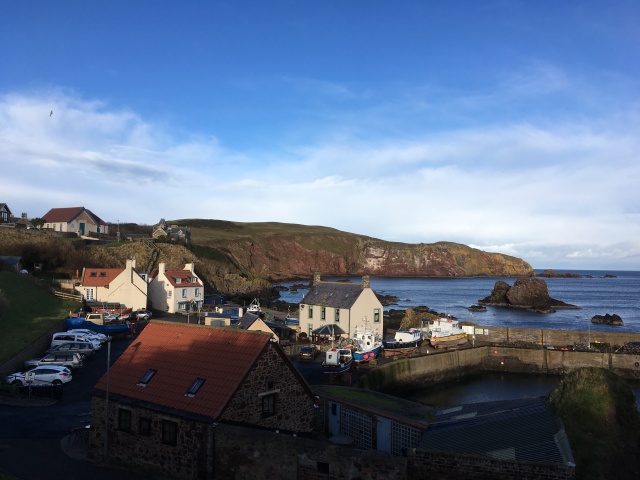 … before returning to the car at Coldingham and a delicious pub lunch at The Allanton Inn. After which I was dropped at Berwick Station to catch a mid-afternoon train back to Leeds.

8 comments on “A Flying Visit to Northumberland”