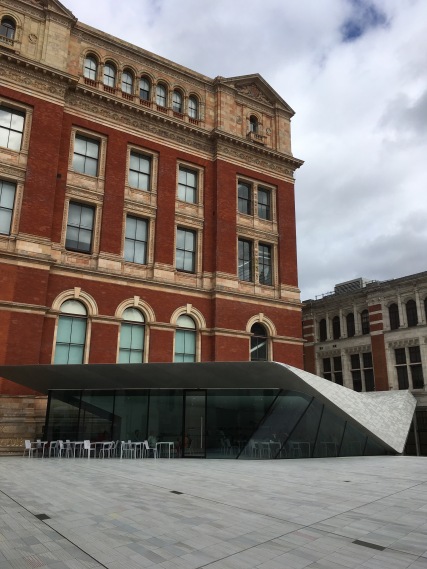 On Friday last week I spent the afternoon at the Victoria and Albert Museum in South Kensington. I managed to fit in two small and one blockbuster exhibitions. I was meeting my friend Julie to see the Ocean Liners: Speed and Style major exhibition. (Julie and I have booked a cruise next year – more details later.) But I arrived a couple of hours ahead of time because I wanted to see the photographic exhibition : Into the Woods. I discovered on arrival that Folio Books are 70 years old and there was an engaging small display on an upper floor which extended into the National Art Library Reading Room.

I read about Into the Woods in same article in which I read about A Walk in the Woods at the Higgins, Bedford. It’s on until 22 April 2018.

“Trees have long been a source of inspiration for artists. This display explores the diverse representation of trees in photography – as botanical subjects and poetic symbols, in the context of the natural and human worlds.”

Trees were among the first photographic subjects collected by the Museum as a learning resource for artists and designers. The V&A has continued to add to the collection with examples of trees as lone topics; in a forest or woodland context; in relationships with humans; in rural and urban settings and as symbols of cultural significance.

“The display marks the 800th anniversary of  The Charter of the Forest, sealed in 1217 by King Henry III and the launch of the 2017 Charter for Trees, Woods and People, an organisation that will connect people and trees and guide policy and practice in the UK.”

Each photograph or set of photos captured so well the woodland/forest atmosphere or the characters of individual trees. I’ve just selected five here along with the accompanying commentary. 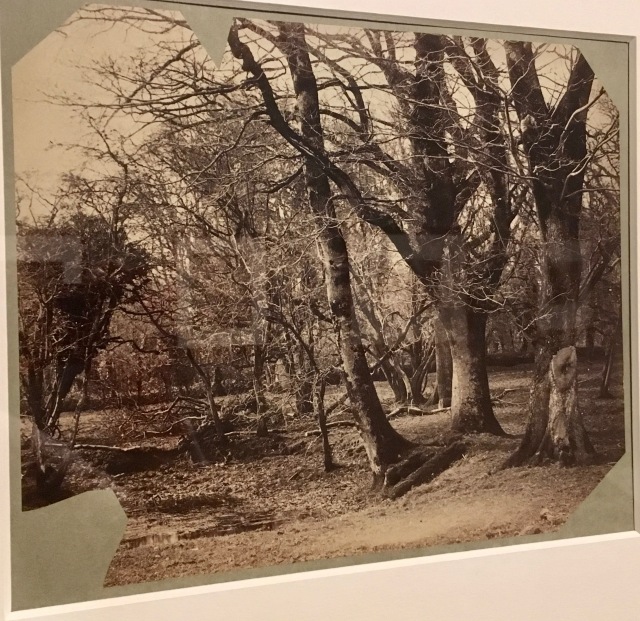 These photographs reveal Hawarden circling a cluster of trees perhaps seeking the best vantage point. They were made at her family home in County Tipperary, Ireland. The estate’s size and value placed the Hawardens amongst Britain’s wealthiest landowners. Although not obvious from her many images of the estate, the rugged landscape was actually man-made. The agriculturalist Arthur Young visited in 1776 noting “one very noble lawn … scattered negligently over with trees.” [Albumen prints] 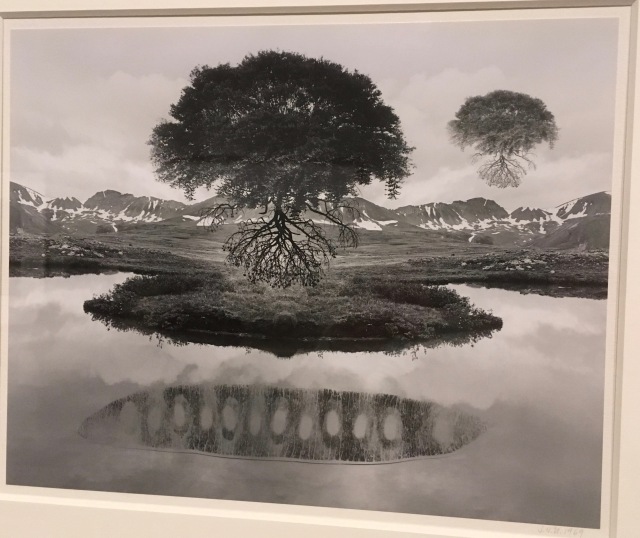 Jerry Uelsmann is known for his surreal compositions and fantasy scenes that often incorporate trees. He created this image before the advent of digital technology and image editing software by using multiple negatives to make prints in the darkroom. trees that in reality are rooted in the ground here float unnervingly above the lake. [Gelatin silver print] 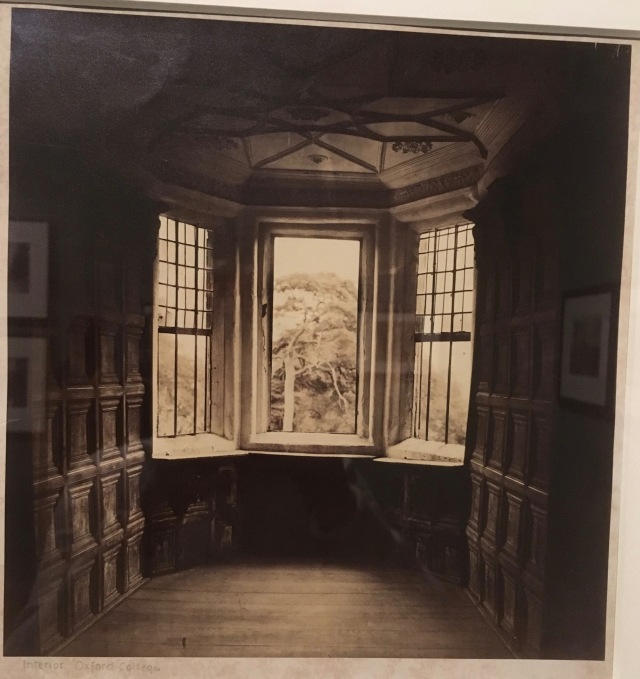 Before his career as a photographer and founder of the Royal Photographic Society Fenton read Law at University College, Oxford. He returned there to take this photograph over a decade later. the work demonstrates Fenton’s technical mastery. It is very difficult to photograph contrasting light and dark, yet both the tree framed in the window and the rich panelled  interior are both evenly exposed. [Albumen print] 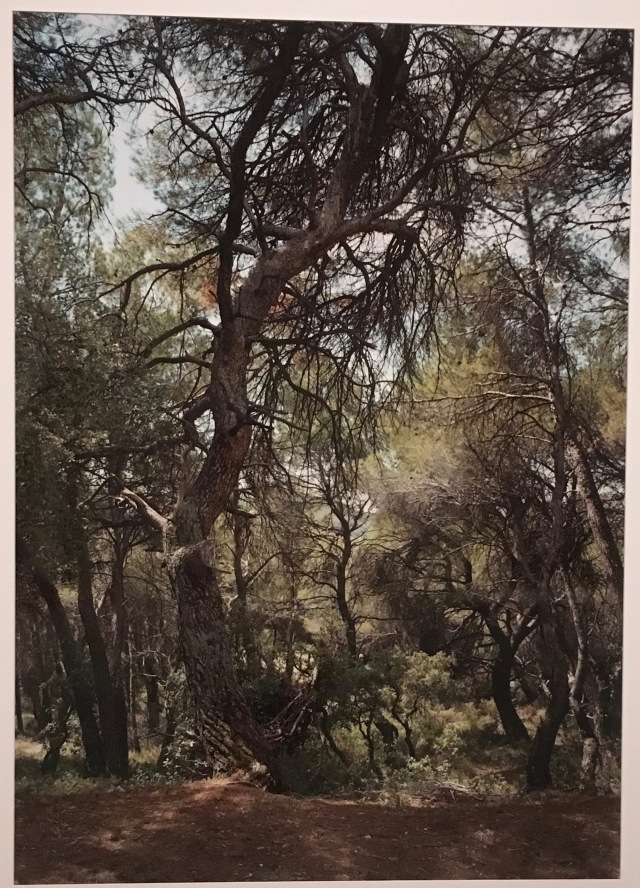 Pine forest in Le Barroux, Vaucluse, 2012, from the Series Seeing the Forest for Trees, by Simone Nieweg (born 1962)

Nieweg’s images of trees are inspired by a poem by the German writer Heinrich Heine Waldeinsamkeit or ‘Woodland Solitude’ (1851). The photographer references Heine’s ideas of seclusion in the forest: a private realm in which to withdraw. Nieweg transforms this pine forest in the south of France into a dancing arrangement of shape and light filling the frame. [C Type print] 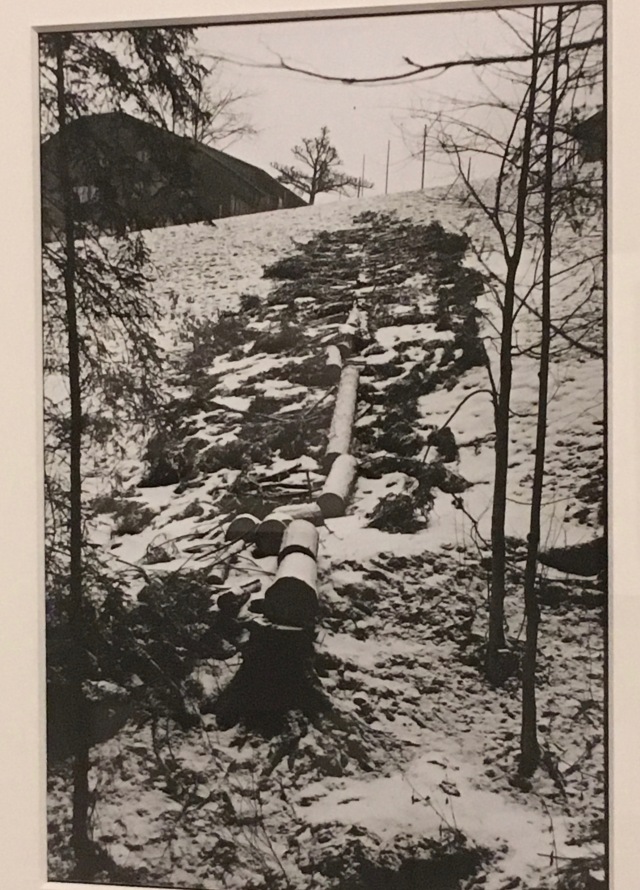 Perhaps best known for his ability to spontaneously capture life on the move, here Cartier-Bresson turned the camera on a scene of stillness. A large tree has been felled, cut into sections, and the logs laid out as if to create a drawing of a tree on the ground. A dusting of snow reverses the tones of the landscape so it appears like a photographic negative. [Gelatin silver print]