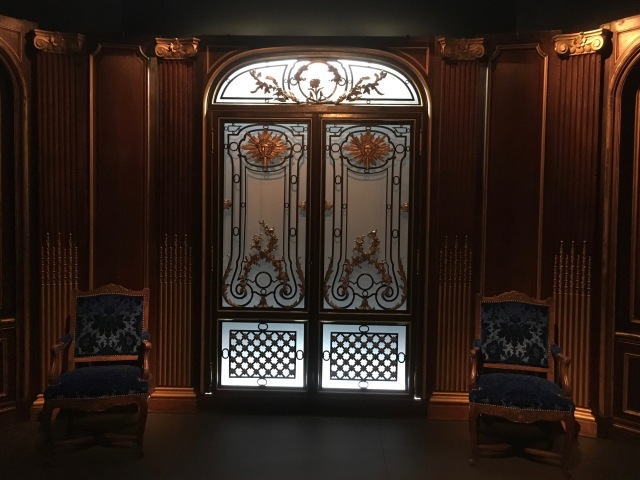 “Experience a unique journey through the design stories of the world’s greatest ocean liners, including the Titanic, Normandie, the Queen Mary and the Canberra, and find out how these impressive vessels helped shape the modern world.”

This exhibition was such fun that I didn’t take many photos. A few special things caught my eye but mainly Julie and I discussed how we will deal with sweeping down the ornate staircases in our ballgowns, which sets of luggage will accompany us, which cabins we prefer, and whether we have sufficient tiaras to ring the changes each evening on our upcoming voyage! 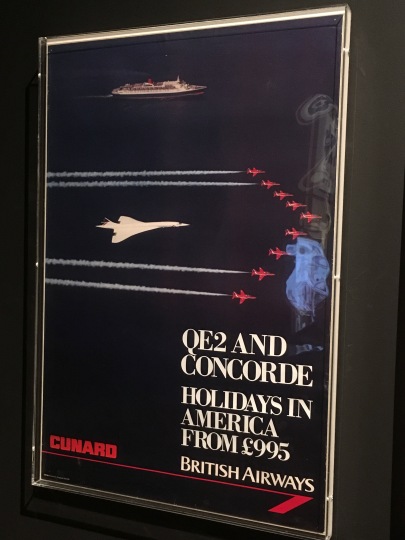 Sadly, we have missed the boat and the ‘plane for this trip 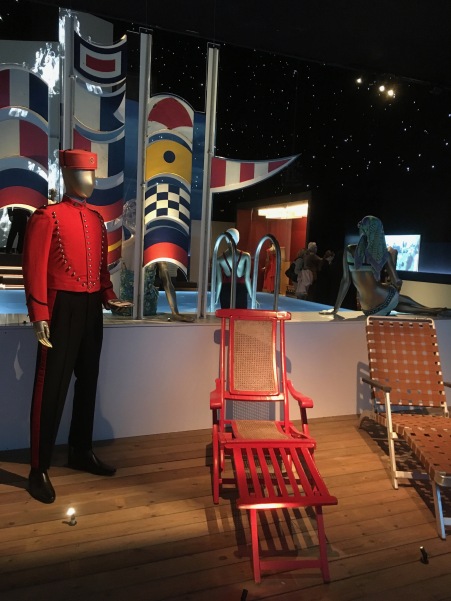 The bellboy in uniform in the 1930s

Each crew member wore a uniform specific to his or her position on board. This slender uniform belonged to a French bellboy possibly working on the Normandie. teenage boys were employed for this junior position which involved running errands such as taking messages to passengers or walking their dogs. Similar monogrammed uniforms continued to be used on French Line ships until the 1960s. 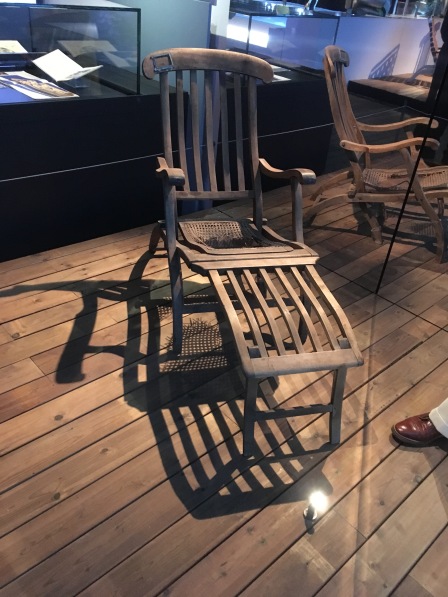 Deckchair from the Titanic, 1912

One of the few surviving deckchairs from the Titanic, recovered from the ocean after the ship sank. This deckchair would have been reserved  by a passenger together with cushions and a wool blanket to protect against the Atlantic chill. Once reserved, a steward would place a card with the passenger’s name in the metal holder on the chair’s back. 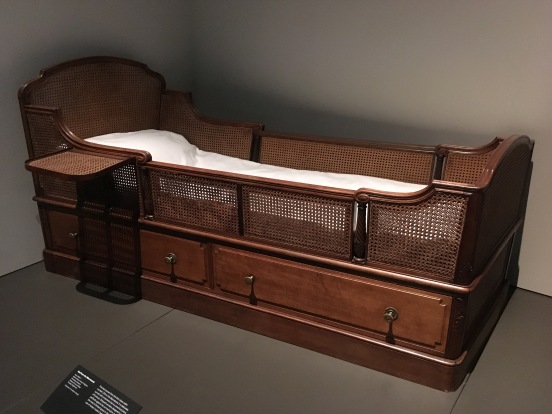 The bed comes from the first class cabin number C23 on the Mauretania. It is delicately carved with ornaments but is a practical piece of furniture. Shipyard workers designed it to fit perfectly agains the curved hull in order to make the most of limited space in the cabin while use of wicker made it lightweight. 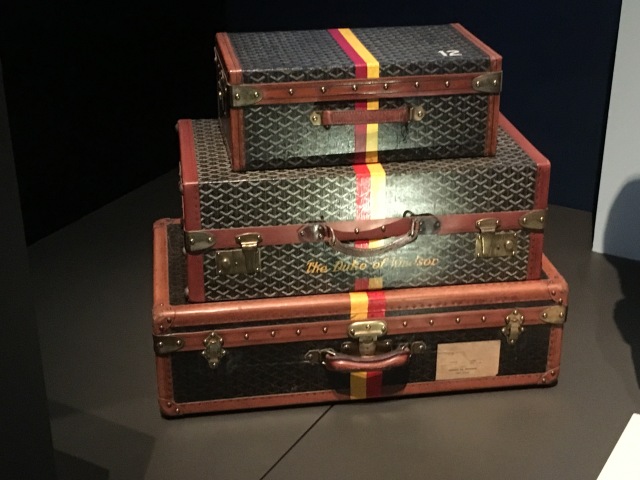 After King Edward VIII abdicated in 1936 to marry American divorcee Wallis Simpson, the elegant couple frequently travelled between France and the USA. The Duke and Duchess of Windsor each owned a set of personalised luggage from the exclusive Maison Goyard, founded in Paris in 1853. They travelled with astonishing quantities, once boarding the SS United States with 100 pieces. 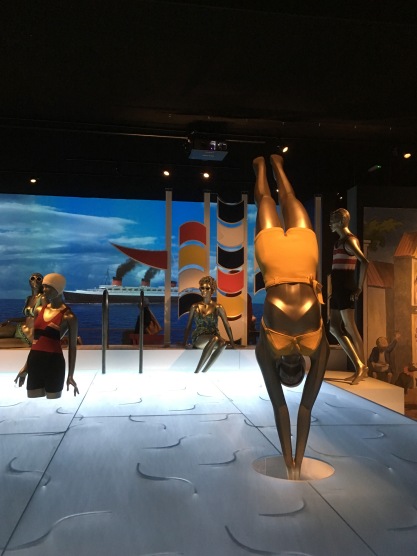 2 comments on “The V&A : Three-in-One : Ocean Liners: Speed and Style”