Along the way from Botallack to Levant there were still many signs of the former mining industry but also I admired the many beautiful walls filled with wild flowers along the way. 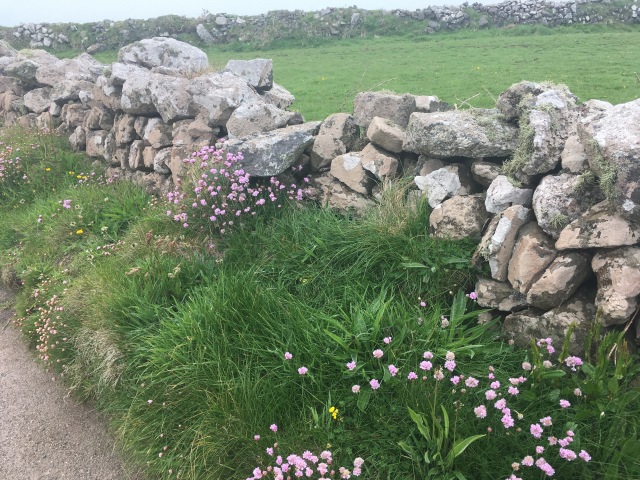 I also came across old mine shafts this one walled off for safety. It’s essential to stick to the designated paths. 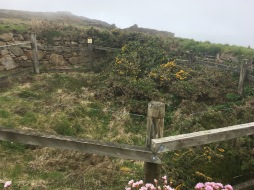 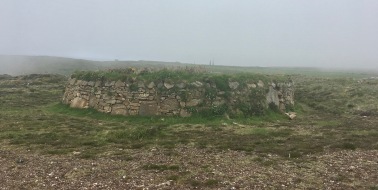 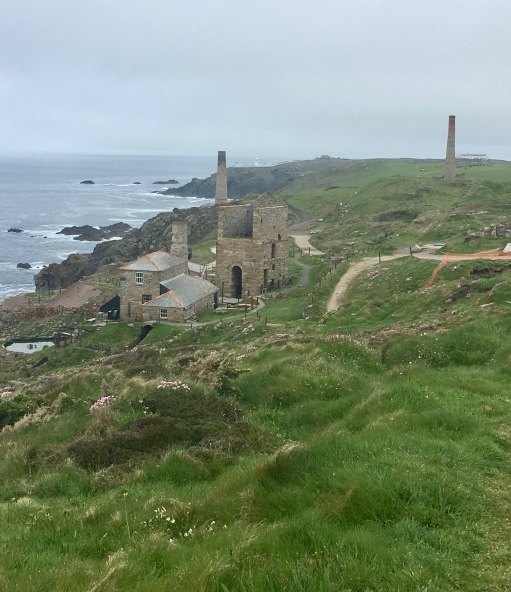 I arrived in time to join a guided tour. It had started some twenty minutes earlier and I had to leave over an hour later in order to walk the couple of miles up to Pendeen/Geevor in order to catch my bus back to Penzance. Cornish time?

… and to visit the ‘Man Machine’ underground. Next to the steps is a ‘tub’ where the miners washed whilst drying their clothes on the steam pipes.

“A ‘man engine’ was installed in Daubuz’s Shaft in 1856-7, which descended to the 486m level and saved the miners from a long climb on ladders. Invented by Michael Loam in the 1840s, it was little more than a long timber rod with one-man platforms at 3.7m intervals, the top one 7.4m below the surface. The reciprocating motion of the beam engine raised and lowered the rod 3.7m five times per minute. Miners stepped from the rod onto corresponding platforms built into the sides of the shaft at the end of each stroke to ascend or descend.” [source]

“1919 : The Levant mining disaster. Thirty-one men were killed when a link between a rod and the man-engine snapped, sending the engine down the shaft. The engine was not repaired, and the deep levels were never worked again.” NT Website Timeline
The Cornish summer bus timetables did not start until the weekend after I left so buses were few and far between. It was a further couple of miles uphill walk to Pendeen where I caught the bus outside the Geevor Mine (I had had enough of tin mines, by then) alighting at Trengwainton Gardens (NT) for a late lunch at the delightful Tea Room and walk through the gardens to a viewpoint taking in the sea.

View from The Terrace at Trengwainton 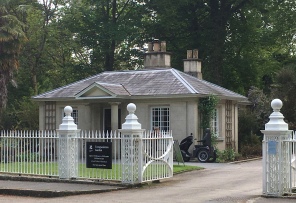 Twin Lodges at Trengwainton opposite the bus stop