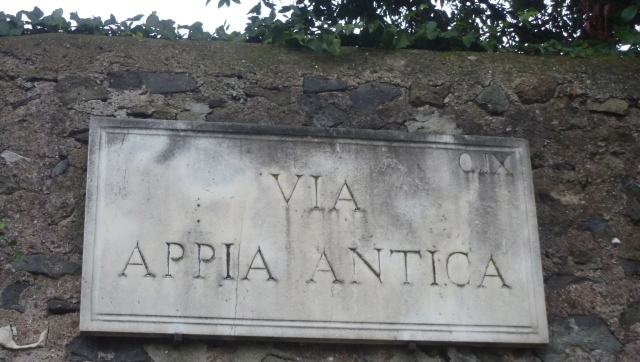 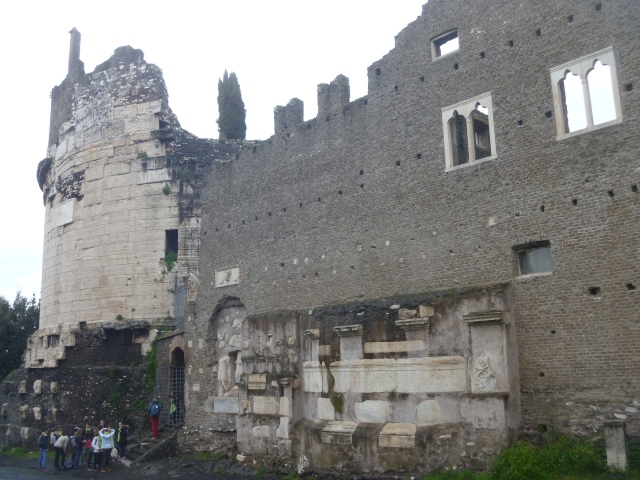 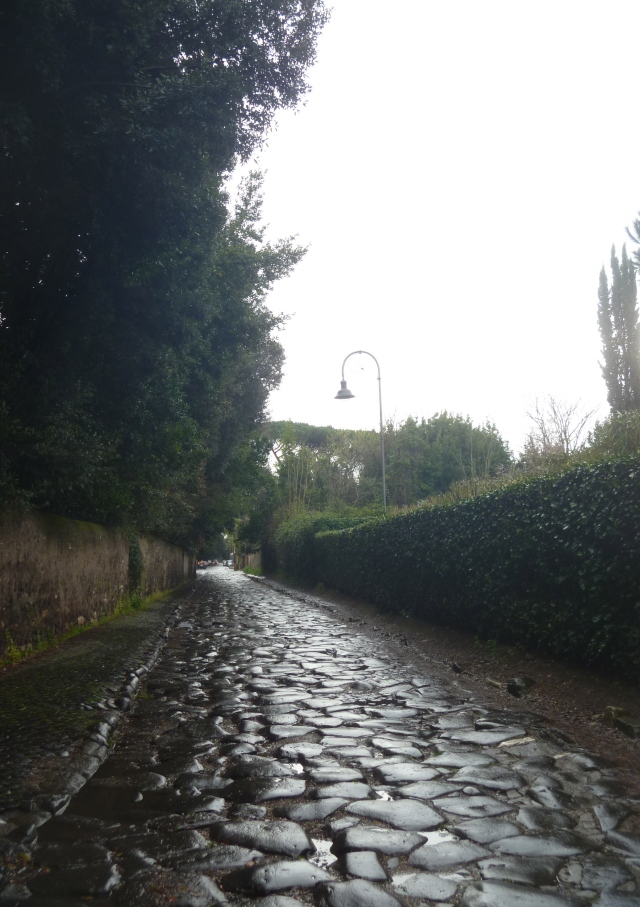 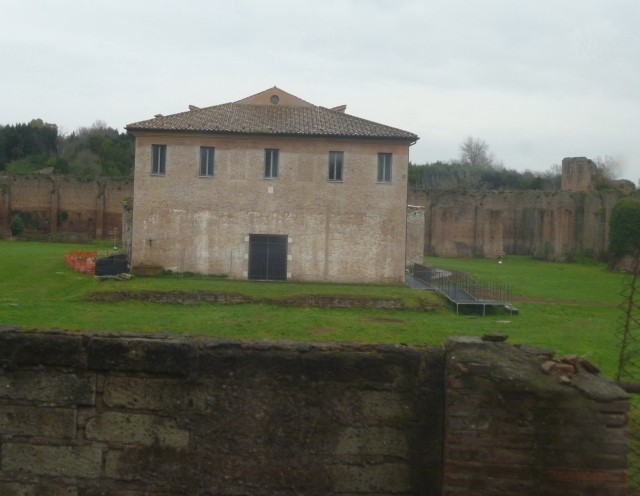 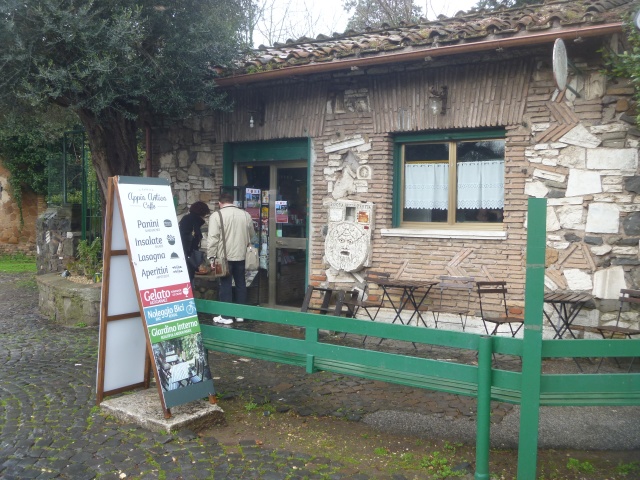 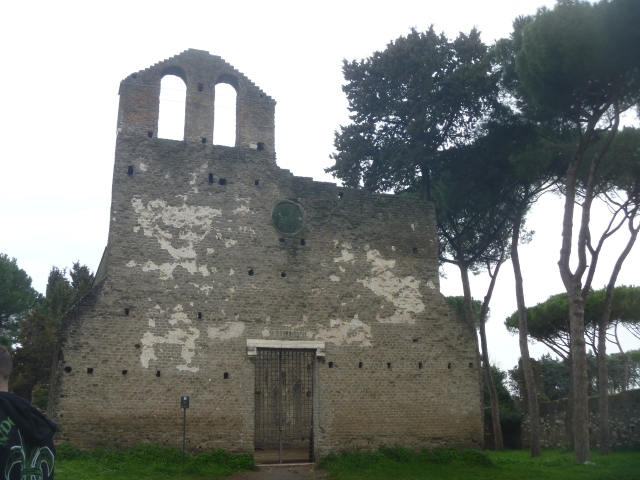 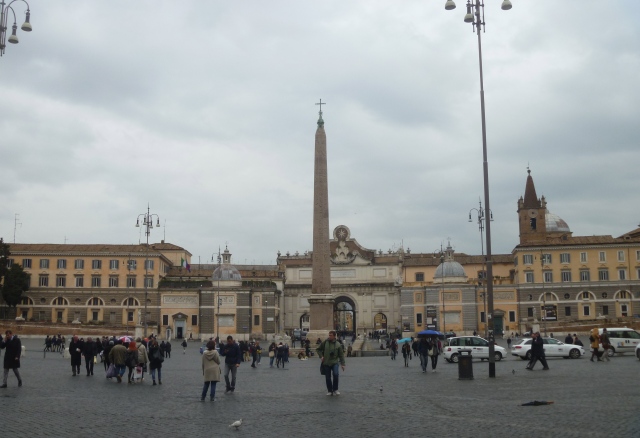 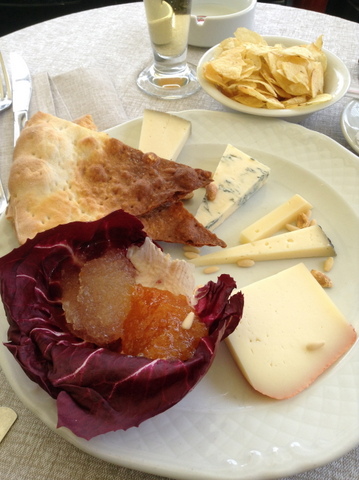 Free day in Bolsena: Explore Bolsena, its ancient streets, castle, Etruscan temples and church, and catacombs of Santa Cristina, site of the miracle of Corpus Christi. Swimming in the lake. Optional walk from Acquapendente through the low Monti Volsinii (12.2 miles, 6 hours). 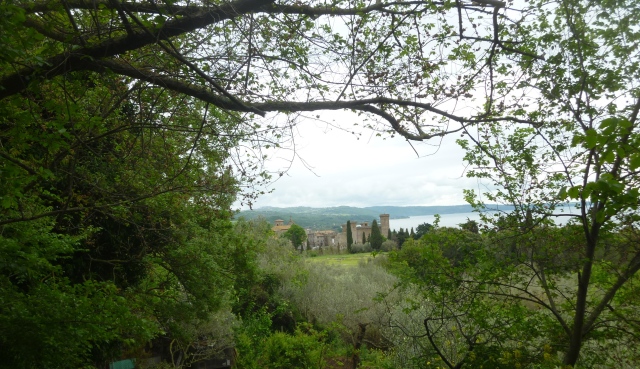 Bolsena comes into view as we complete our walk from Acquapendente

Being gluttons for punishment of course we’d decided all along on the optional walk from Acquapendente. Lucky for us that Tuesday morning had been assigned by Annalisa as our ‘feedback’ time for the trip. So, as previously arranged, we met Annalisa in the hotel lobby and gave our views on the walks and hotels, restaurants etc. This slightly delayed our departure so A, whose home is in Acquapendente, offered us a lift to the start of the walk advising on places to buy lunch and water for the day. We bid her a very fond farewell as she drove off to her next assignment. 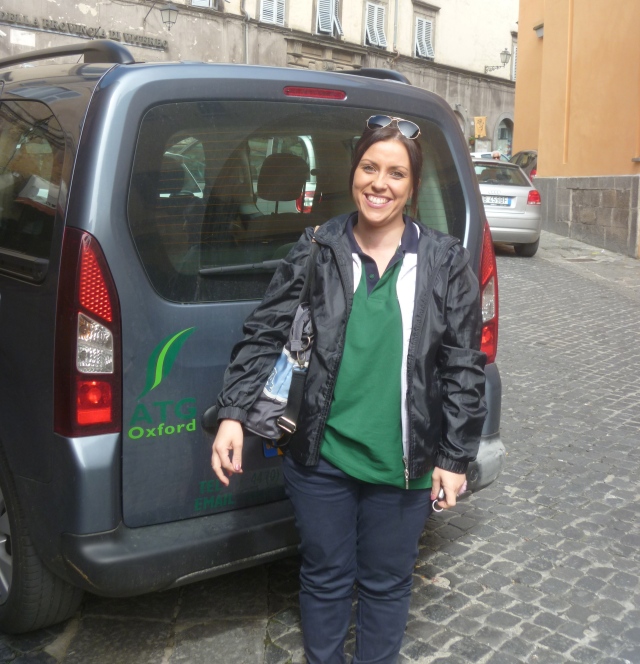 Bolsena to Orvieto: An old Etruscan lane leads up through woods to a plateau and across farmland. The first view of Orvieto, situated high on its extinct volcano, is unforgettable (11.3 miles, 5.5 hours). Don’t miss the magnificent cathedral with frescoes.

Wednesday, the final day of our journey to Orvieto, the weather was back to its usual blue sky and sunshine. We walked up through the old town of Bolsena and up out of the crater following a paved Roman Road and an Etruscan Lane. We were told that the route follows the historic trail of the procession of the Miracle of Bolsena. 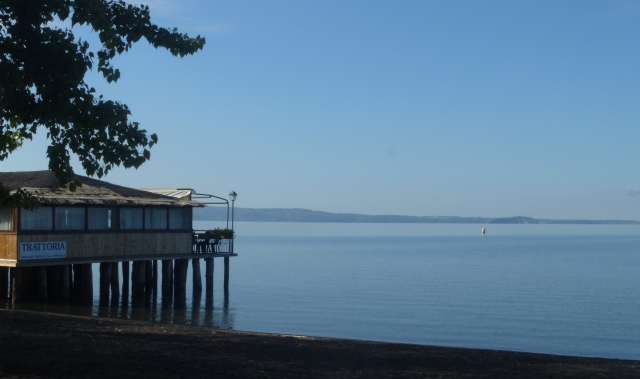 Lake Bolsena as we leave the town 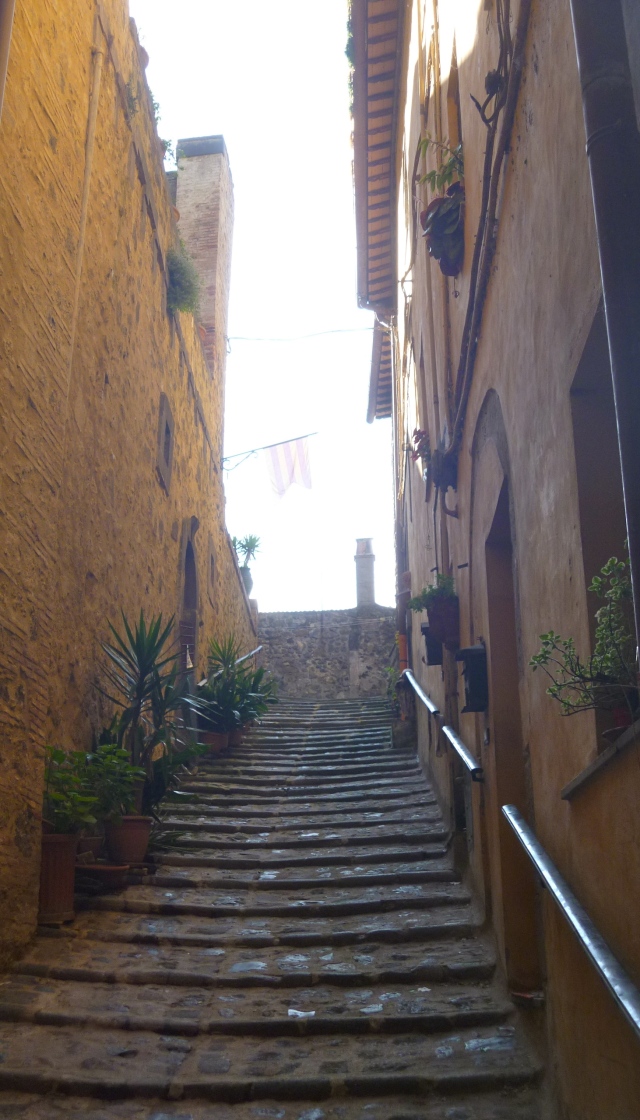 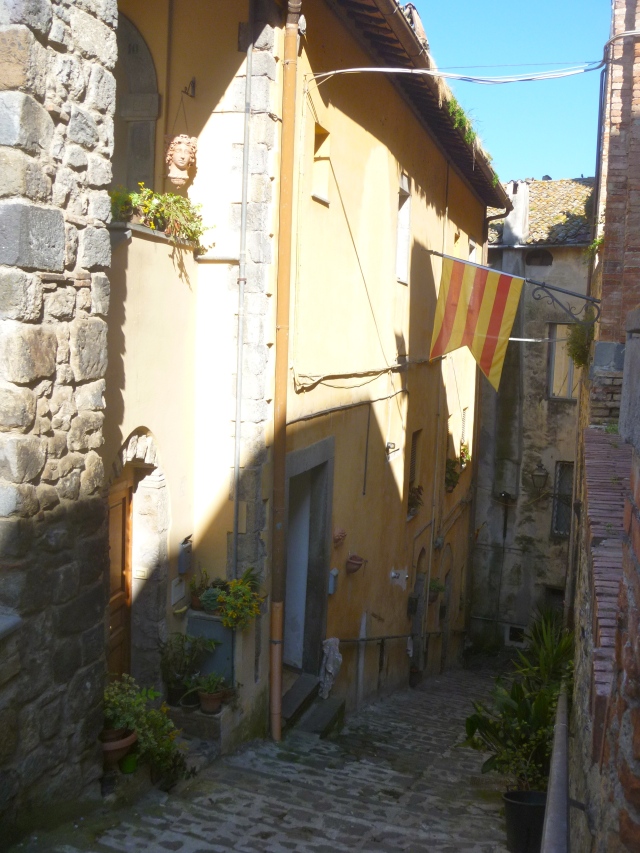 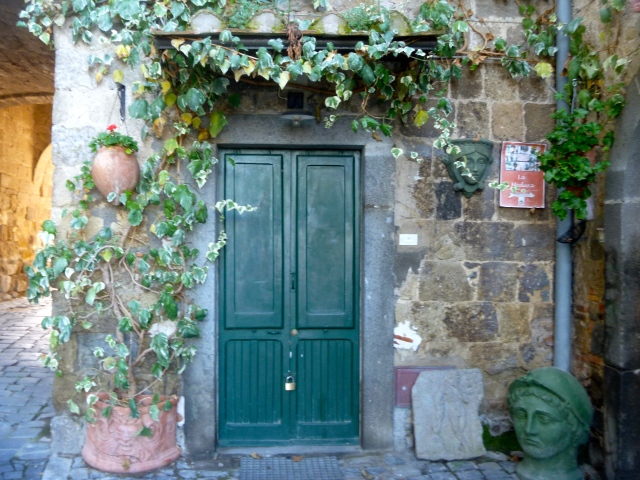 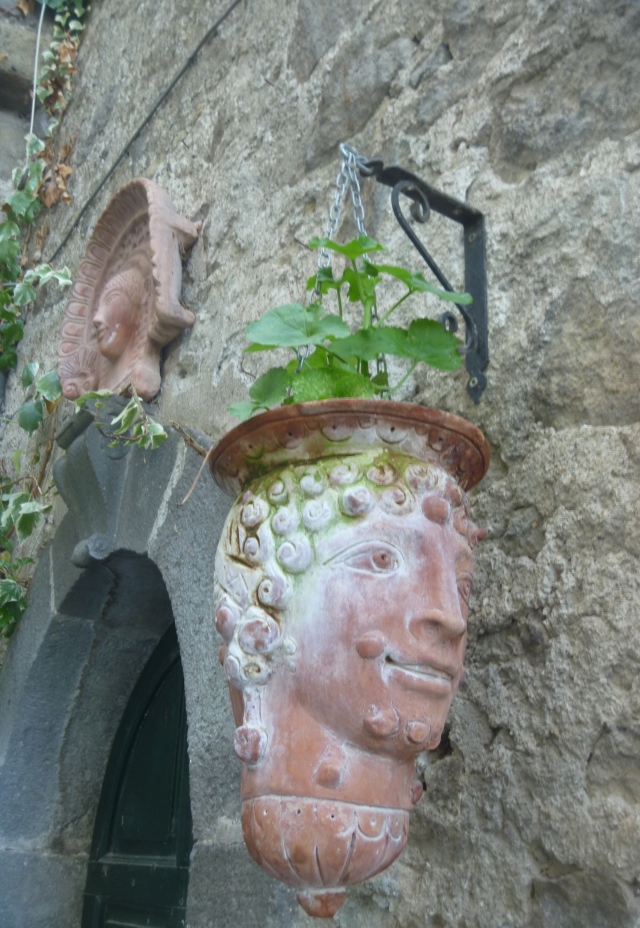 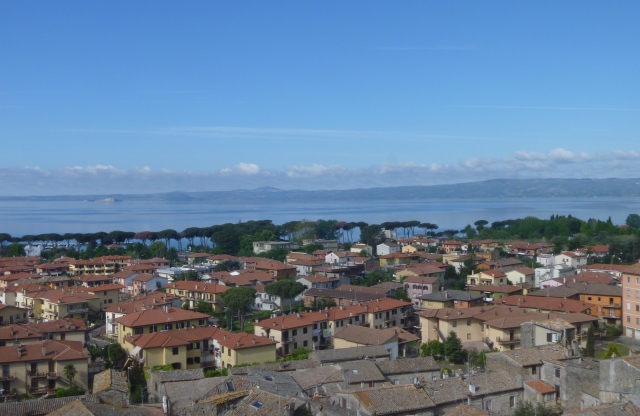 The Rooftops and Lake – Bolsena 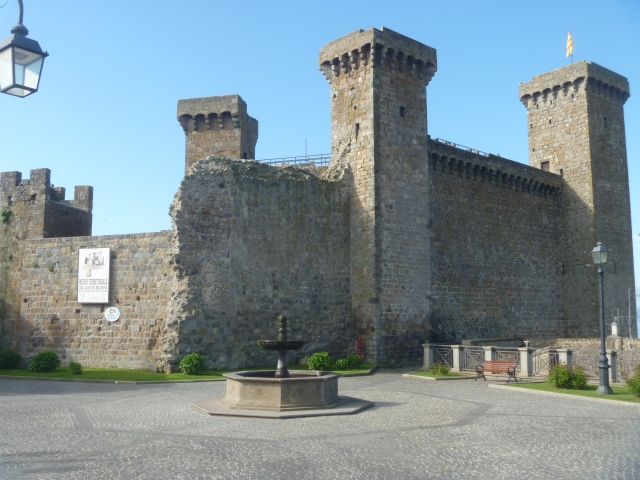 Leaving the town we soon turned from the tarmac road onto a long ancient track. “You are now walking on the old paved Roman Road to Orvieto with the flagstones clearly visible underfoot” declared the Route Booklet. I think possibly our route diverted quite a bit from the typical Roman straight-line road but we certainly approached Orvieto downhill and then uphill in a straight line. 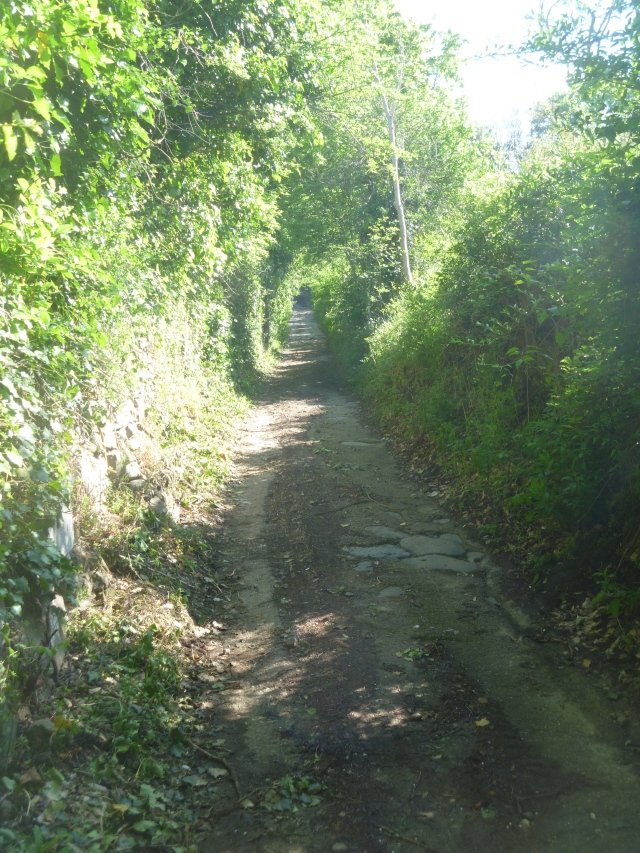 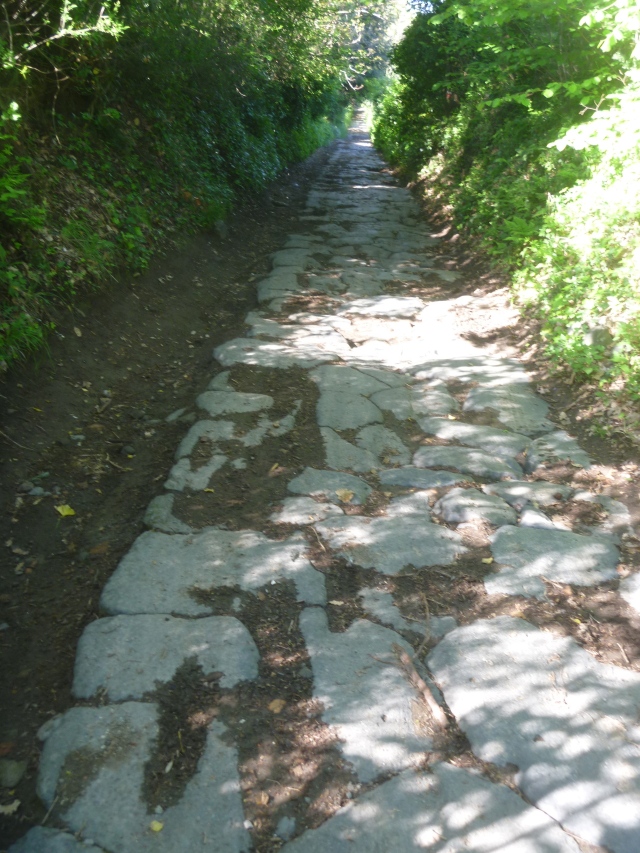 We crossed the border from Lazio into Umbria (Bolsena and Acquapendente are both in Lazio we left Tuscany behind between San Quirico and Latera on Monday). A couple of kilometres later we visited our final 9 Etruscan tombs. They appeared rather abandoned and the Information Board had been stripped of all information. About 5 km from our hotel in Orvieto we had our first view of the city perched on its extinct volcanic rock. 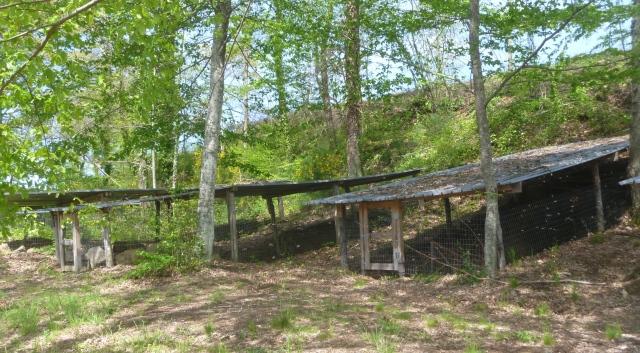 Some of the 9 Etruscan Tombs 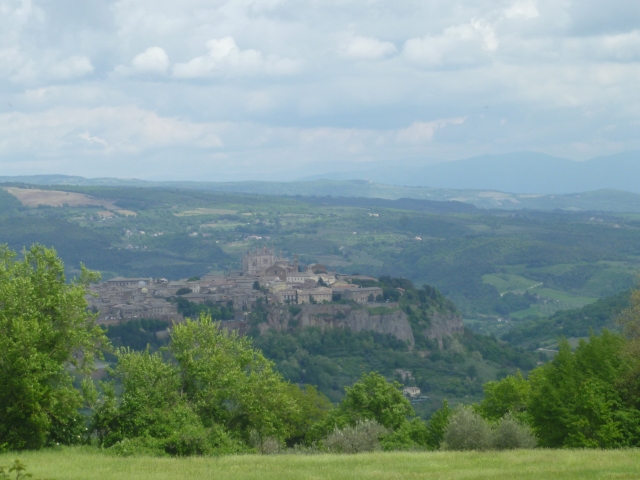 Our first view of Orvieto

We made it! We arrived at our hotel in Orvieto with a great feeling of satisfaction and achievement. Our last night was spent in Orvieto but although the ATG holiday finished with breakfast the next day we were to travel on to Rome for a further night before returning to Yorkshire on Friday. 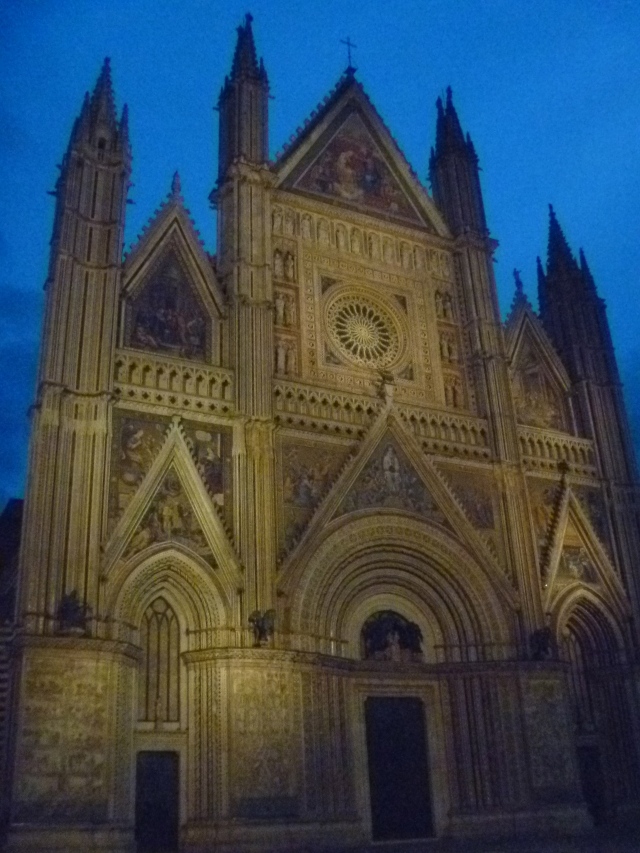 The Orvieto Duomo or Cathedral at night 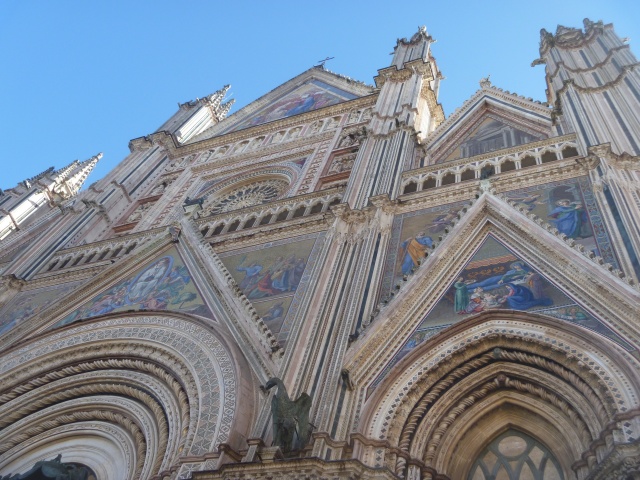