I have never read Herman Melville’s classic fictional work ‘Moby Dick’. That is, if you don’t count the numerous extracts from it that we had to read for English comprehension tests at school. I always marvelled that so much could be written on the subject of a whaling expedition – the Penguin Classics edition fills 720 pages.

On a recent trip to Cape Cod I spent a day with my friend Marion who lives on the other side of Buzzards Bay. She knew just what I would be interested to see  – A Chart of the Whale Coast of New England.  M had chanced upon a newspaper report telling about a mural that had lately been removed from a seaside (bayside) home, had been carefully renovated and was now hanging proudly in the local museum. After lunch we drove to the Mattapoisett Historical Museum housed in a former Baptist church. 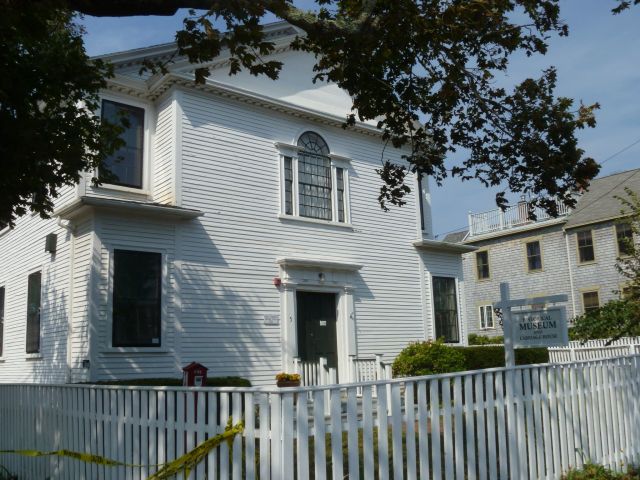 The icing on the cake for us was that we were welcomed to the Museum and shown in detail the Ashley Mural (as it is called) by Mr Seth Mendell himself, President of the Historical Society and a primer mover in the preservation of this wonderful piece of local whaling history for the community.

Mr Mendell explained all the intricacies involved in the creation, removal, renovation and final re-hanging of the Mural via the photo proofs for his book which is due to be published this autumn.

In addition to the Mural we were introduced to various forms of whaling harpoon.

And we were delighted to inspect some very fine examples of Whaling Journals. After pages and pages of seemingly undecipherable handwriting there suddenly appear ink stamp prints of whale tails (indicating sightings/attempted harpoonings) and full whales (indicating capture). One of the museum copies was also decorated with beautiful drawings of full-masted ships.

Later we went off to find the house where the Mural had hung for 90 years. It was discovered hanging at an angle from the ceiling in the conservatory at the front of the house (20, Water Street, Mattapoisett) overlooking the bay. 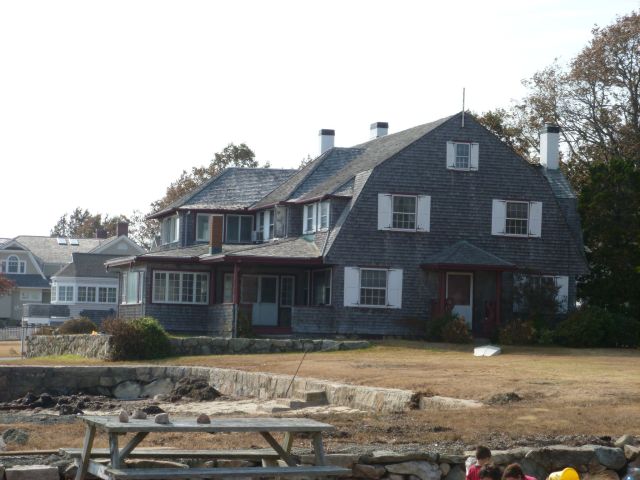 Yet, even after all this new-found whaling knowledge I was still not tempted to take a Whale Watch Cruise out into the Atlantic Ocean! And will I read the book? ….. probably not.

15 comments on “Don’t call me Ishmael”