I first came across Patrick Eyres and The New Arcadian Journal a few years ago when I was studying the Open University Course “Heritage, Whose Heritage?”. There was a chapter in the book Sculpture and the Garden which is edited by Eyres that particularly interested me.

Then last week at the Leeds Library I noticed an advertisement for a talk at the Henry Moore Institute in Leeds :

“Drawings and proofs for the New Arcadian Journal: “The

Drawings and proofs for the New Arcadian Journal: “The Blackamoor”.

An evening with Dr Patrick Eyres at the Henry Moore Institute.  Enjoy a glass of wine, a powerpoint talk, see the display, talk with the illustrators and look at the Institute’s Library.

This event is £5.00 a head – numbers are limited to thirty.  Please book your place with payment at the Leeds Library.  Contact us for more information.”

I bought my ticket and then by happy chance came across this article in Saturday’s Yorkshire Post : Jottings from the Journal.

Dr Eyres’ entertaining talk celebrating thirty years of the New Arcadian Journal centred on the latest issue entitled “The Blackamoor and the Georgian Garden”. The Blackamoor was the most popular of all lead statues made in Britain during the 18th century which, by coincidence, was the height of British dominance in the African slave trade. Probably very many of the statues were destroyed or melted down following the abolition of slavery and in more enlightened times. Dr Eyres has tracked down 20 including 2 in the Privy Garden at Hampton Court Palace, one in Lincoln’s Inn in London, another at Melbourne Hall in Derbyshire and another supporting a sundial at Wentworth Castle in South Yorkshire which is currently under restoration and the topic of interpretation work. The talk was illustrated with photos of the various statues and reproductions of the beautiful drawings and prints (the work of artists Catherine Aldred and Howard Eaglestone who were also present this evening). It seems that the Blackamoor (African) along with the North American Red Indian were used to symbolise their continents of origin. There were emblems for Europe and Asia as well. These were also illustrated in the popular 16th and 17th century Books of Emblems. 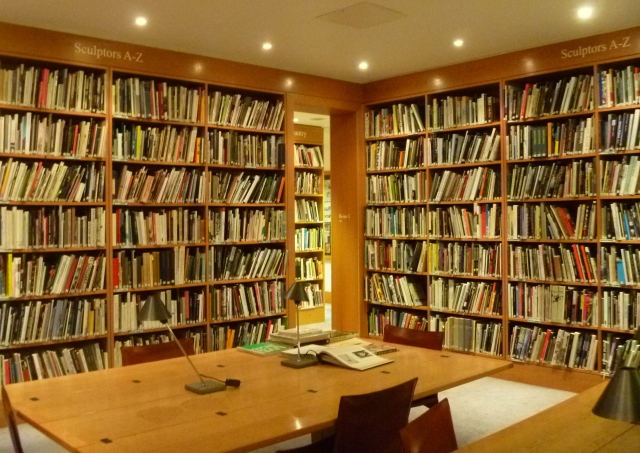 After the talk we were shown the small exhibition in the Henry Moore Library where examples of drawings and copies of the Journal itself were displayed.

Catherine and Howard spoke briefly about their own work which as you can see is exquisite. Howard’s pictures also display humour as you can see from the above examples. 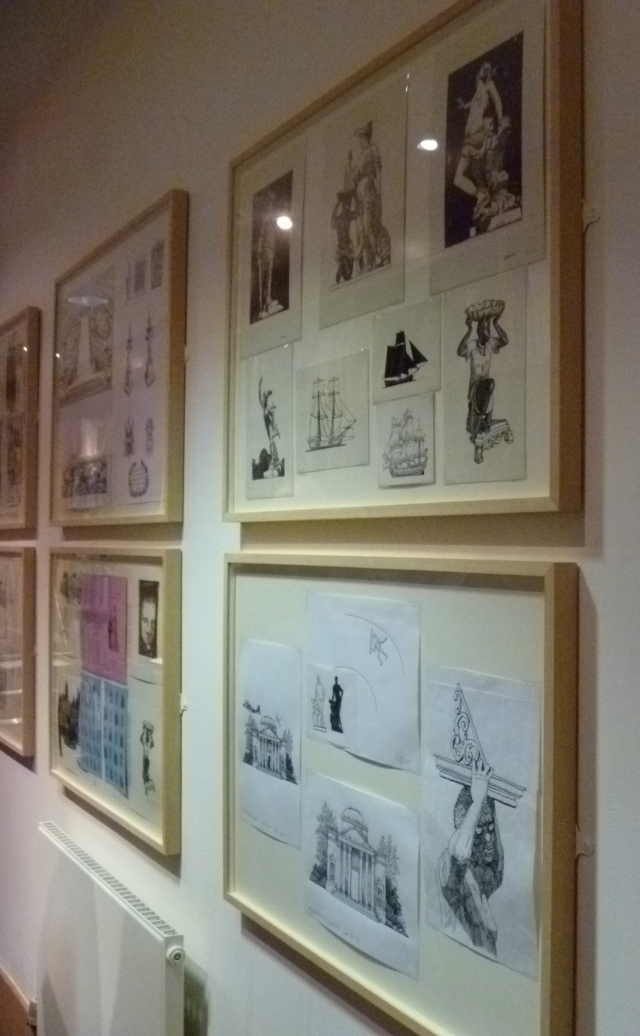