I have been in the Low Countries for a few days and in particular in Ghent and in Amsterdam. As mentioned in a previous post here I have a lovely set of friends made through my online Reading Group. One happens to live in Brussels just now and another found herself travelling to Belgium with her choir. At just the same time I had a couple of spare days before a long-planned trip to Amsterdam. So what could be easier and more enjoyable than to bring forward my flight, book a train from Schiphol to Brussels and spend a day with these two friends? A kind invitation to stay in Brussels proved impossible to resist and thus I found myself last Wednesday in both rain and shine in the interesting city of Ghent.

There was much chatter, some eating and drinking and quite a lot of walking during the day. Ghent has some lovely old buildings especially those Guild houses overlooking the canals and some huge churches. 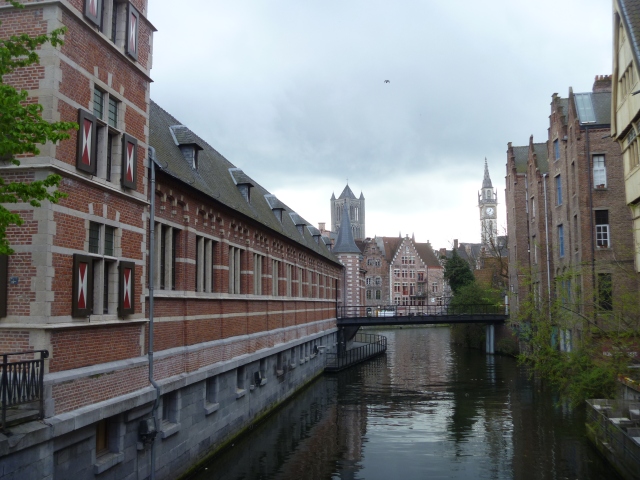 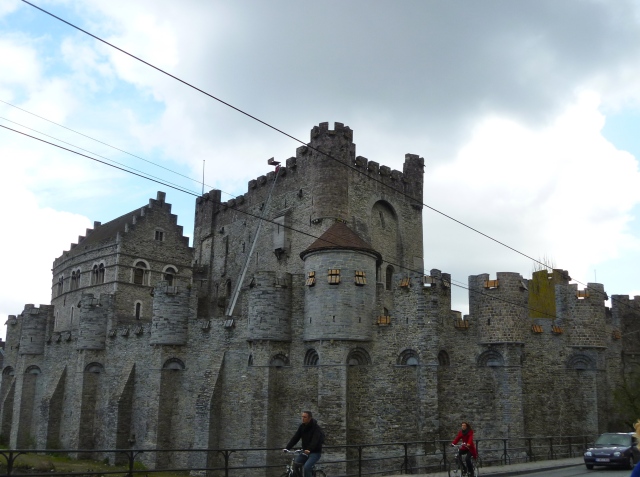 The two highlights were a visit to St Baafs Cathedral, where we spent over half an hour inspecting Jan Van Eyck’s “The Adoration of the Mystic Lamb” in the Baptistry. The amazingly vivid colours are only a part of this exquisite multi-panelled treasure of Ghent. Included in the entry price is an excellent audio-guide explaining not only the symbols, characters and settings represented in the painting but also its fascinating history. One panel was actually stolen on the night of 10/11 April 1934. That panel has never been recovered. It is quite remarkable that this huge and complex altar piece has survived until today. Read more about it here. 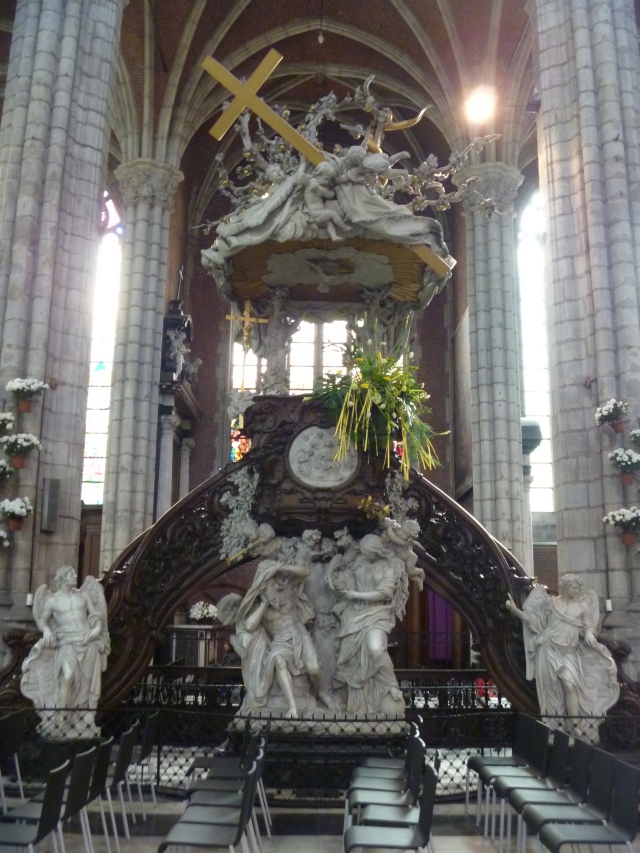 The second event was attendance at a concert during the afternoon at St Pieter’s church, about a 15 minute walk from the city centre. The Valentine Singers from London were performing 3 concerts in Ghent (including one in St Baaf’s Cathedral). Interestingly Ghent was appointed Unesco City of Music in 2009. 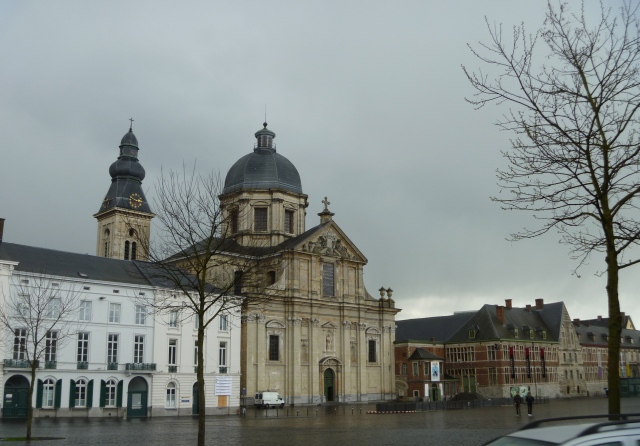 It was great to see and hear our friend in performance as we have long known about her musical career. The varied concert of church-related songs included a beautiful canon “Praise God” by Thomas Tallis and other songs by English composers – including Purcell and Elgar. There were works by Schubert, Bruckner, Saint-Saens and others and some Negro spirituals. We joined a fair-sized and very enthusiastic audience but even a full house would have looked minuscule in this vast Ghent church.

The Valentine Singers prepare their next piece in St Pieter’s Church, Ghent

All too soon the good things in Ghent came to an end and the two of us returned to Brussels.

As with many of our “meets” this one also produced further ideas worthy of investigation and upon which we may centre future meetings.