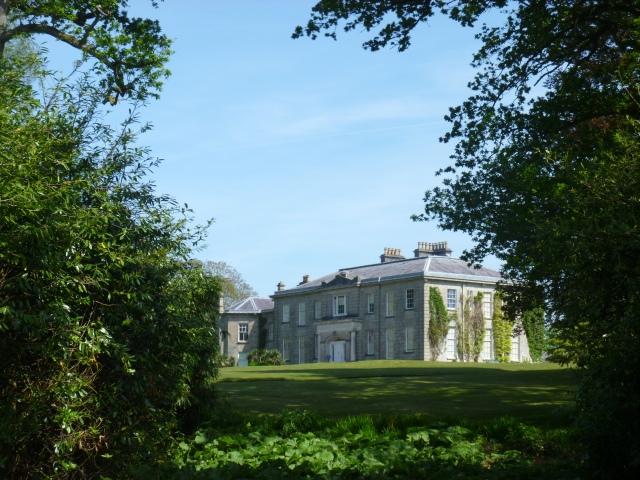 The gardens at the Argory stretch down to the River Blackwater which forms the county boundary between Co. Armagh and Co. Tyrone. The gravel and tarmac paths and driveways provide a variety of walks. Before our guided tour of the house we chose the Lime Tree Walk along an avenue of pollarded lime trees underplanted by spring flowers, past the Argory Oak Plantation and returning up the main drive to the house. 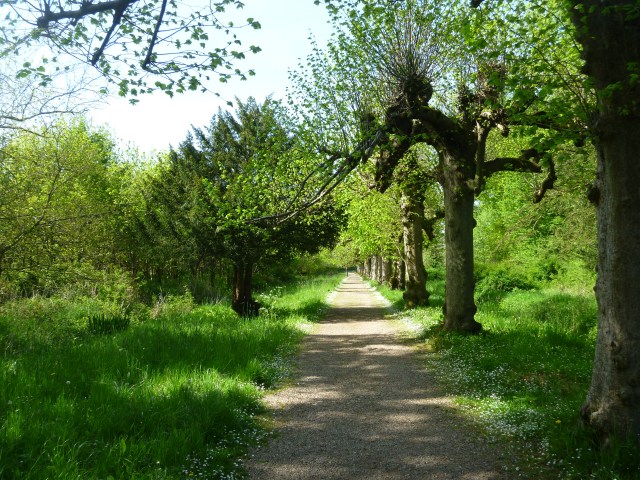 There’s a choice of other walks if you have time including a one hour walk to the furthest reaches of the estate which passes the Argory Mosses a peat bog and significant nature reserve where rare plants are growing. A pleasure garden near the house was deemed an essential requisite by eighteenth century country house owners and there are pleasure grounds at The Argory but like the one hour walk I’m saving them for my next visit! 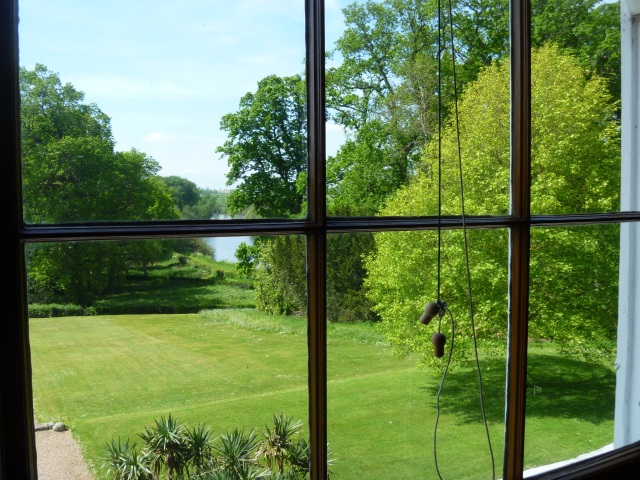 The Blackwater River from The Argory

A two kilometre path developed by the National Trust and The Rivers Agency follows the river bank of the Blackwater. I’m sure there must be a great variety of birds, plants and wildlife on this gentle riverside stroll. 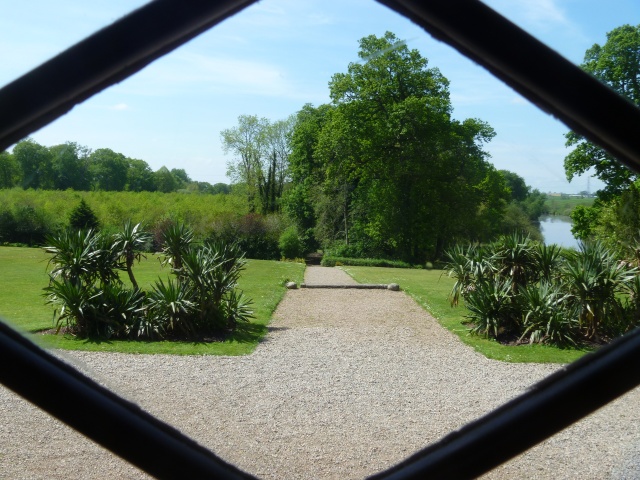 Formal Garden at the Front of the House

Our final visit of the holiday was back in County Down and only about 20 minutes drive from our hotel. After visiting the Argory in the morning we spent the afternoon at Rowallane Garden. There is a house at Rowallane and workmen appeared to working on it, plastering and decorating but it has not been opened to the public. The garden though has been under the stewardship of the National Trust since 1956. The main visitor amenities are centred on a courtyard – shop, refreshments, a potter. 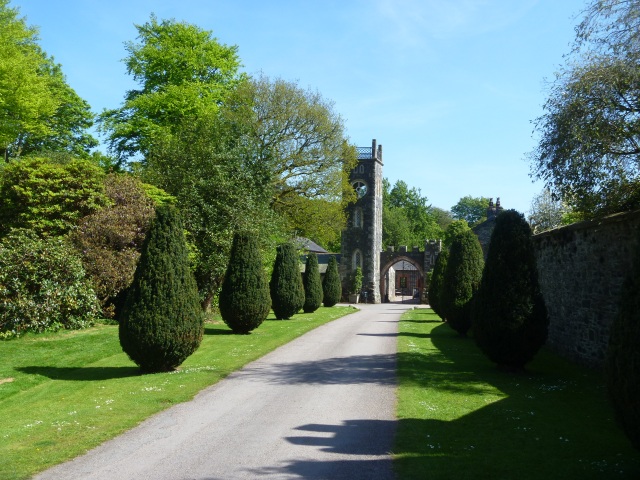 Rowallane – Approach to the Courtyard and The Folly

The garden was created in the mid 1860s by the Reverend John Moore and further developed by his nephew Hugh Armytage Moore from 1903. We picnicked in the shade of the gazebo inside the Walled Garden, smelled the heady herbs here too and I took the longer Farmyard Trail out onto meadows and up a hill to gain a spectacular view of the Mountains of Mourne in the distance. 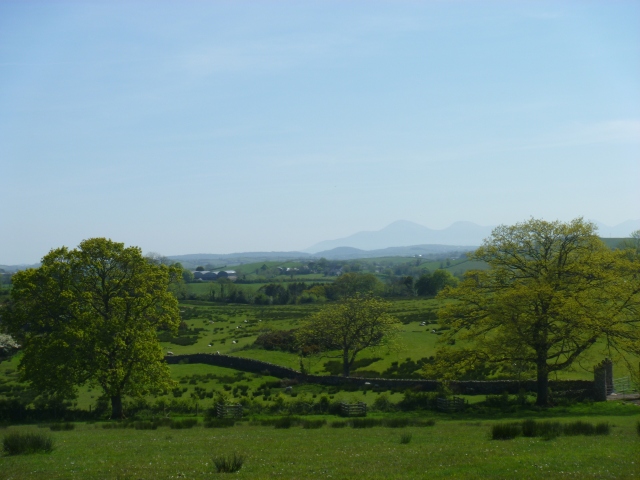 Rowallane has the remains of Pleasure Grounds, too. There is bandstand which has been restored by the Trust but very sadly recently had all the lead stripped from its roof. 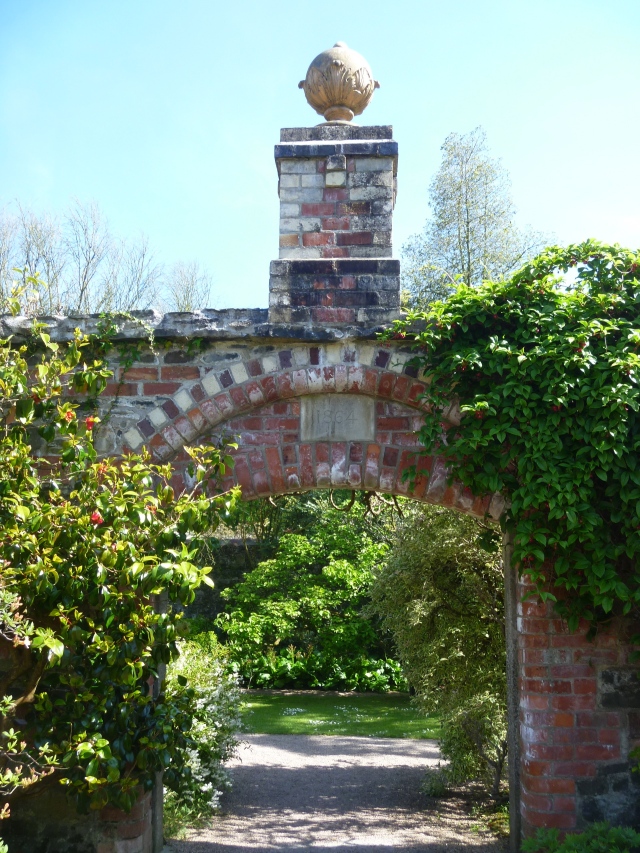 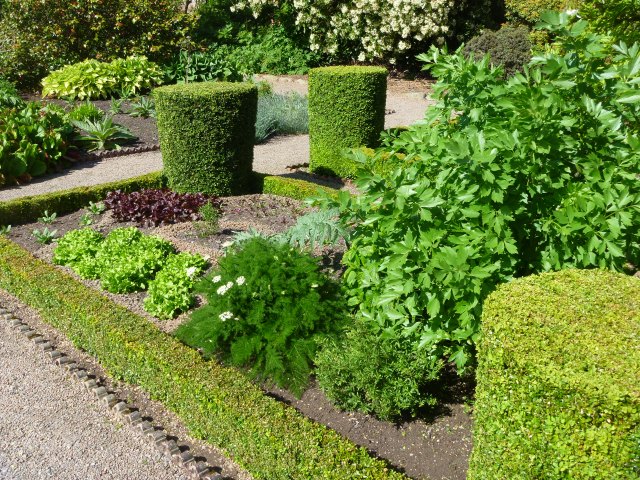 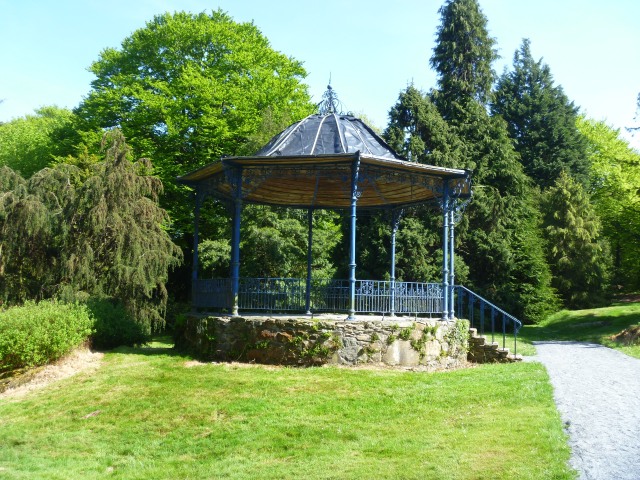 2 comments on “Forty Shades of Green – Irish Gardens in the Springtime, 2”