Writing these posts about my visit to The Mount has made me want to revisit as I now feel that I missed a lot.  I spent two hours there and after the 50 minute tour I rather hurried round the rest of the house and the gardens and took twenty minutes or so out of my remaining time to have a cup of tea. If I am ever fortunate to have the chance to pay a visit to The Mount again then I’d try to spend the greater part of a day there. I suppose this post consists of things I missed or very nearly missed or was only able to scan very quickly.

The Custom of the Country was the title (taken from an Edith Wharton fiction title) of the result of an American Vogue fashion shoot by Annie Leibovitz that had taken place at The Mount and was published in the September (2012) Issue. Copies of the 18 page feature were piled up around the house, presumably for the paid-up attendees at the Berkshire Wordfest 2012 event that was due to start at 5pm that very afternoon. Copies of the full size magazine were for sale in the shop – all 916 pages of it, weighing in at just under 5lbs – I could hardly lift it let alone consider packing it in my suitcase to bring home with me!  Anyone who has seen the fly-on the wall documentary The September Issue will know just what I’m talking about here. To be featured in the magazine at all is one thing; to feature in the September Issue is an achievement indeed and Edith Wharton has done it and deserves it. There’s been a bit of hoo-ha that male writers and actors appear as various men in the sets but that Wharton herself is played by a model but I don’t want to get into that discussion here. 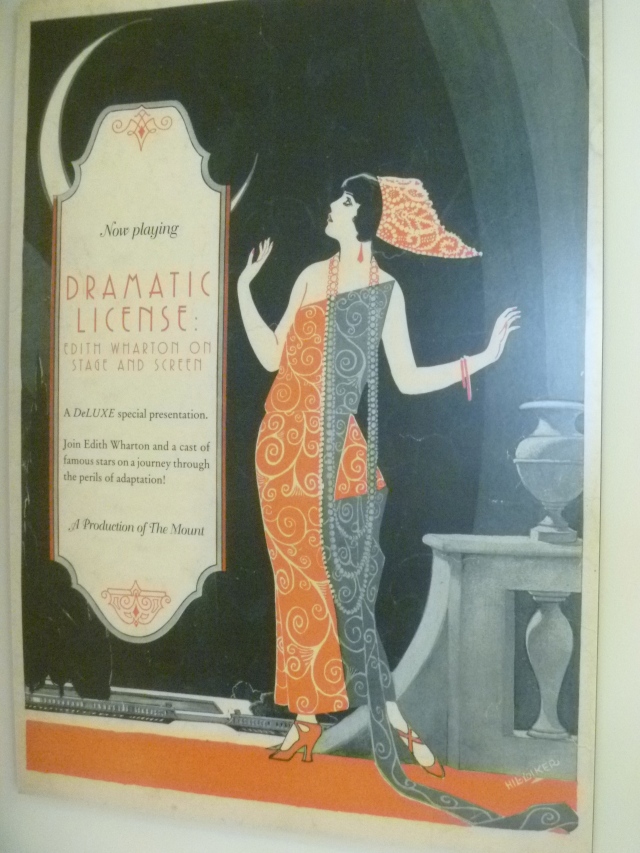 Dramatic Licence is the name of one of the two ongoing exhibitions on the top floor of The Mount.

Room 1 : The Henry James Suite at the top of the stairs has been transformed into a movie theater. After you enter the room turn to your left to start the journey through the trials and triumphs of Edith Wharton’s early attempts at adapting her own work and later efforts by others. Please sit in our vintage 1905 theater seats and watch a special Mount production of trailers and clips from films made of Wharton’s works.

Room 2 : Teddy Wharton’s bedroom now hosts a bevy of beauties who have starred in adaptations of ‘The Age of Innocence’, ‘The Buccaneers’ and ‘Summer’. Given Mr Wharton’s reputed eye for the ladies, we think he would have approved. This room features material from the 1993 ‘The Age of Innocence’ on loan from screenwriter Jay Cocks and director Martin Scorsese.

Teddy Wharton’s bathroom depicts the interior of the ‘Ethan Frome’ kitchen based on a set design from the 1936 hit play based on Wharton’s tragic masterpiece.

The notes then go on to list the six films still available as DVDs, a note about lost movies, a list of books still in print and available from The Mount Bookshop.  There were lots of other relevant titles in the shop. 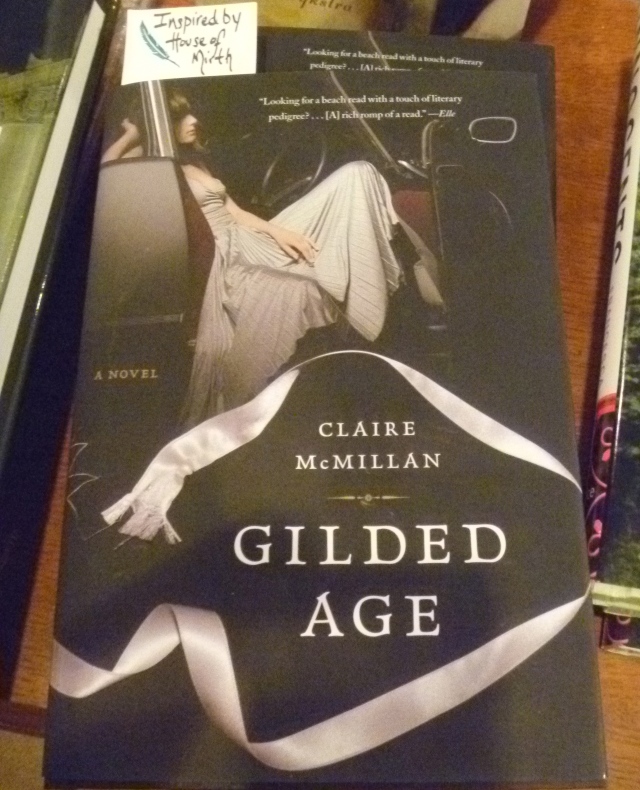 The Edith Wharton and The First World War exhibit speaks for itself. I knew that Wharton had lived much of her life in France and that she is buried in Les Gonards Cemetery in Versailles. In fact I wanted to find her grave when I was there in May but didn’t have time. I had not realised just how involved she was during the First World War. 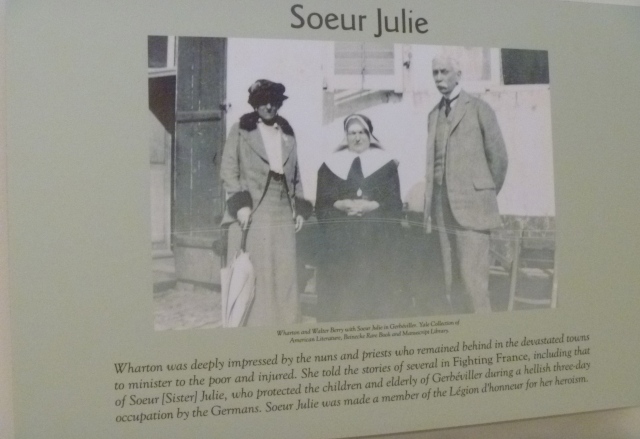 Coincidently, even just the brief overview of the exhibit brought to life the poignant story of Molly and Tom the characters that I had just finished reading about in my friend Diney Costeloe’s book ‘The Ashgrove‘. Much of the action in the book takes place in a French convent.

Edith Wharton was profoundly affected by the First World War. This year, The Mount has designed an exhibition which examines her reaction to the devastation of the world she knew. Using images, artifacts, music, and the written word, it presents aspects of Wharton’s experience as a woman and a writer that are less well known to the public.

By throwing herself tirelessly and energetically into work, both literary and charitable, she was able to make use of her talents in ways previously unknown to her. Her charities, which included hostels for refugees and orphans from Belgium, workrooms to help widows and women who had lost their jobs, and hospitals for TB patients, benefited from her amazing organizational and fundraising skills. She used her great talent as a writer to send back reports from the Front detailing the horrors of war, in order to influence the United States to join the conflict.

By highlighting these two aspects of her war experience, we hope to bring a new understanding of Edith Wharton to the public.

In the Book Shop were several titles by Edith Wharton about the the War and her experiences. 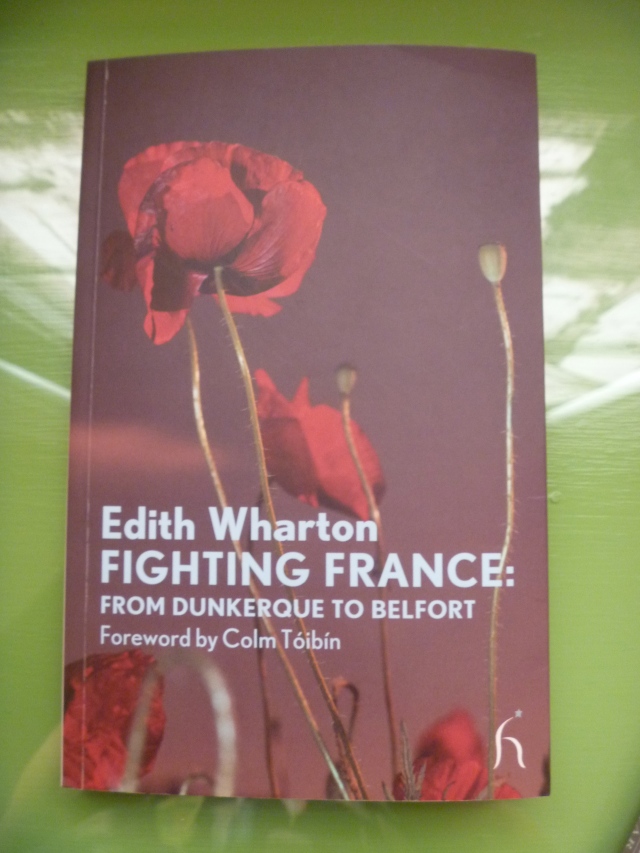 6 comments on “The Custom of the Country, Dramatic Licence and Edith Wharton and The First World War”