Growing up in Norwich I have always known about Edith Cavell our local Norfolk heroine of the First World War. My school bus passed by the Memorial to her located outside the Erpingham Gate at Norwich Cathedral, her grave lies within the Cathedral precincts and we had a school house called ‘Cavell’. 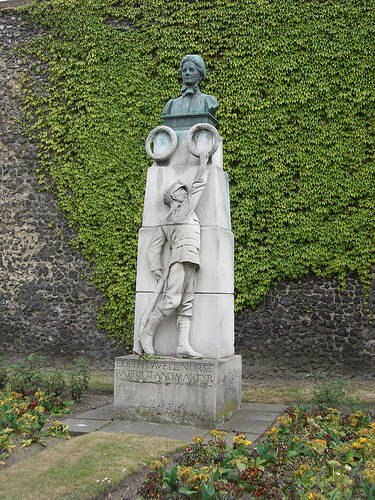 The Norwich Memorial to Edith Cavell

Born at Swardeston House in 1865  the family of the Reverend Frederick Cavell moved the following year in to the new Swardeston Vicarage which Edith’s father had paid to have built on land next to his parish church of St Mary the Virgin. 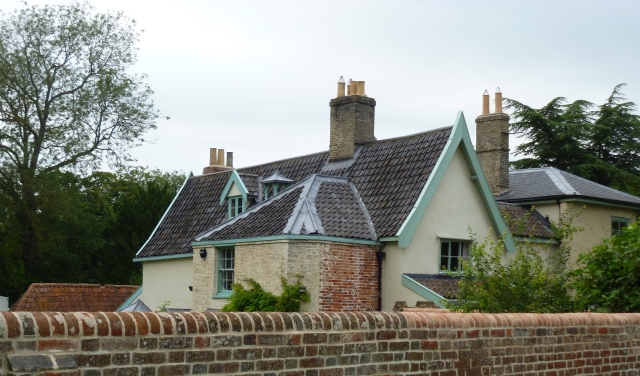 It was here that Edith Cavell spent her early days. You can read much more about her early life, interests, education and travels here. 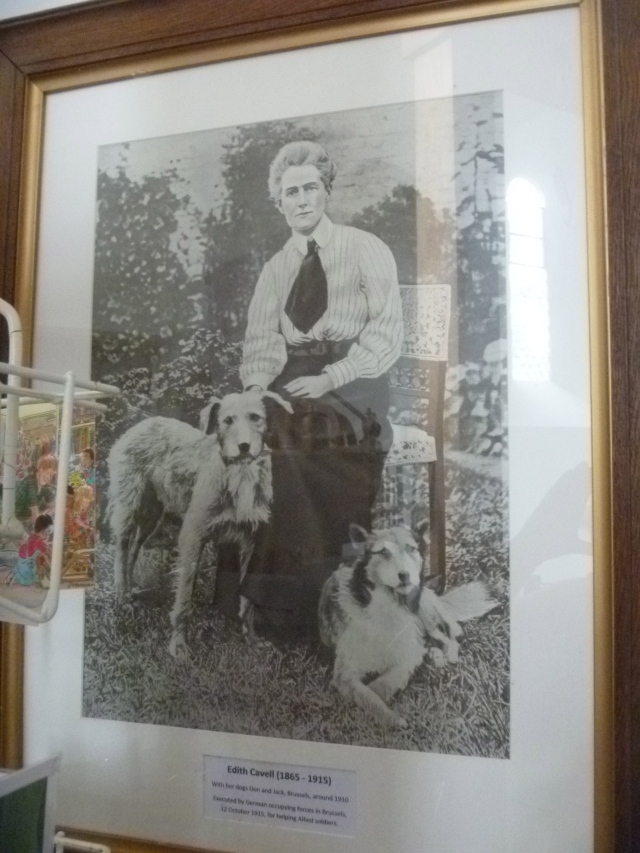 She had worked in Brussels, become fluent in French and later trained as a nurse working at times in both London and Brussels. She later turned to nurse training and such was her attachment to Belgium that when she heard of the invasion of Belgium by the Germans in 1914 she returned to that country and was already nursing there when Britain declared war on Germany on 3rd August 1914.

To Edith all men were equal and to be treated so at her hospital. She not only treated and nursed German and Belgian soldiers she later became involved in assisting British soldiers who were wounded and cut off from their retreating army beyond the front line.

“Edith also faced a moral dilemma. As a ‘protected’ member of the Red Cross, she should have remained aloof. But like Dietrich Bonhoeffer in the next war, she was prepared to sacrifice her conscience for the sake of her fellow men. To her, the protection, the concealment and the smuggling away of hunted men was as humanitarian an act as the tending of the sick and wounded. Edith was prepared to face what she understood to be the just consequences.” (Edith Cavell website)

Plaque attached to a house in Ghent (Courtesy RB)

In August 1915 Edith was interned and the date for her execution as a collaborator was set as 12 October 1915. The evening before the English chaplain Stirling Gahan was allowed to visit her in her prison cell. There she received Holy Communion and they recited the words of the hymn Abide With Me together. This is what she said to him :

“I am thankful to have had these ten weeks of quiet to get ready. Now I have had them and have been kindly treated here. I expected my sentence and I believe it was just. Standing as I do in view of God and Eternity, I realise that patriotism is not enough, I must have no hatred or bitterness towards anyone”.

Despite Spanish and American attempts at intervention she was shot at dawn on Tuesday 12 October 1915.

After the War, in 1919, Edith Cavell’s body was returned to England and a funeral service was held at Westminster Abbey on 15 May. A special train brought her remains to Norwich station from where she was buried in a spot called Life’s Green in the grounds of Norwich Cathedral. Ironically, her coffin was carried on a gun carriage!

Friends Lynne and Lyn have both written eloquently about a recent biography of Edith Cavell by Diana Souhami. I heard Souhami speak in London about the biography and I’ve read it myself but I refer you to their superior reviews. 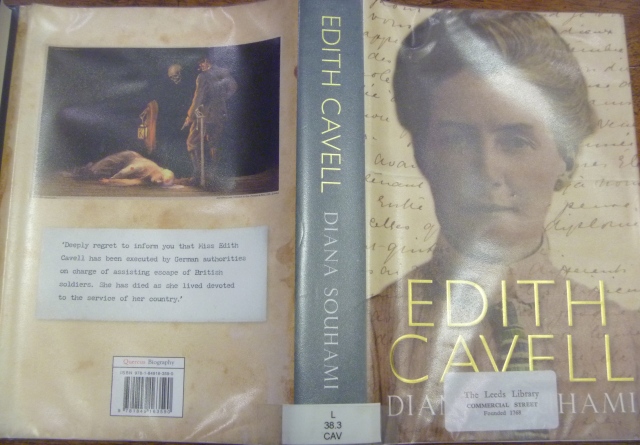 Other Memorials to Edith Cavell 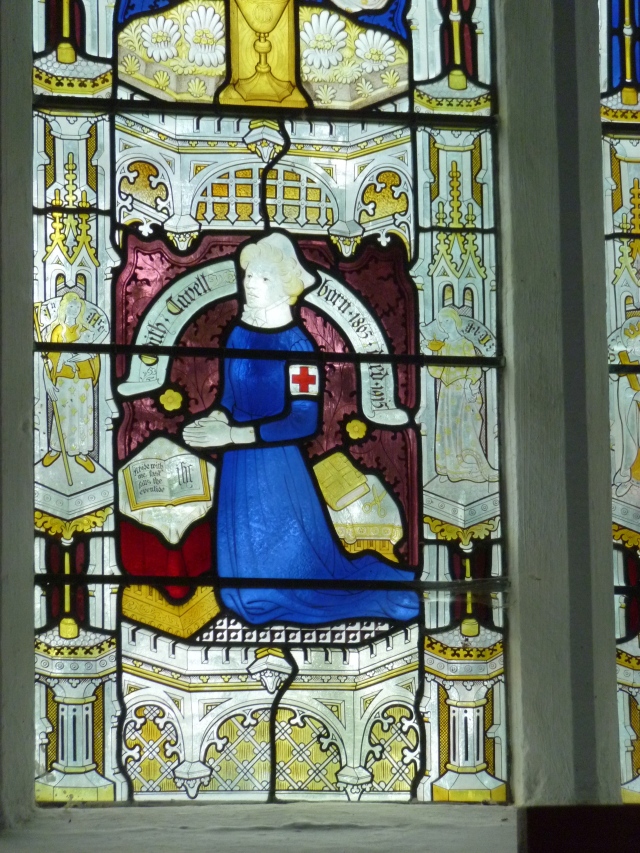 Edith Cavell bust in the London Hospital Museum. Lynne‘s photo. She says : “Apparently it was in the sitting room of the nurses home I lived in there, not that we ever noticed it.”