An interesting article caught my eye in The Independent on Sunday on 21st October: Byron Treasure Found in Gift to Used Bookshop. 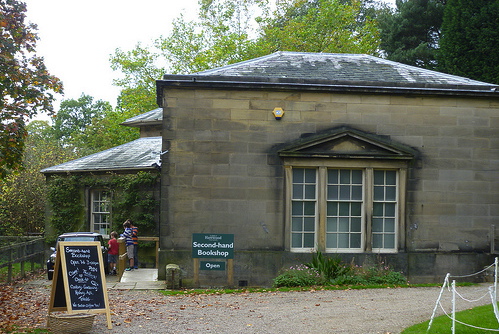 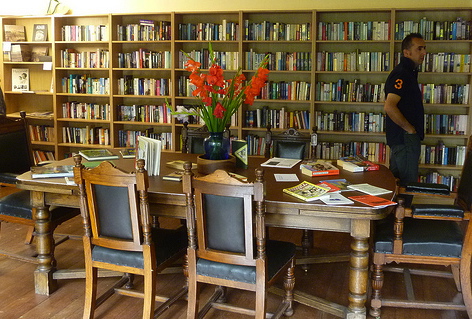 The secondhand bookshop in question is a relatively new one set up last year in a redundant building in the grounds of Harewood House. I’ve been a frequent visitor at the house and love to walk around the terrace gardens, woodland and the walled garden and, if it’s open, browse the book shelves. 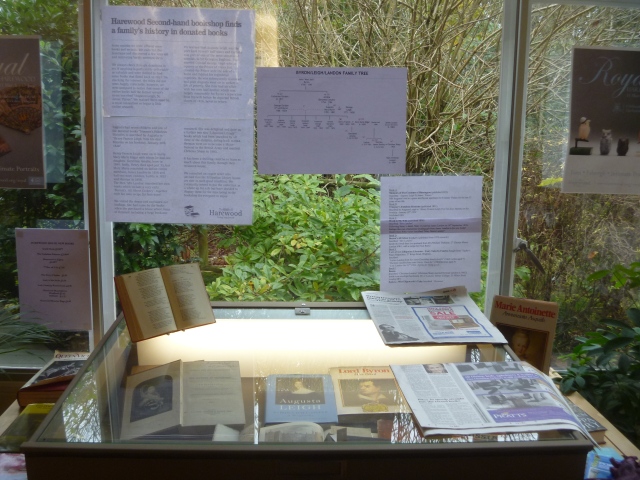 The Augusta Leigh Display at Harewood

The article in question tells the story of a member of the volunteer staff at the shop discovering amongst donated books some inscribed “Augusta Leigh, St James’ Palace”. 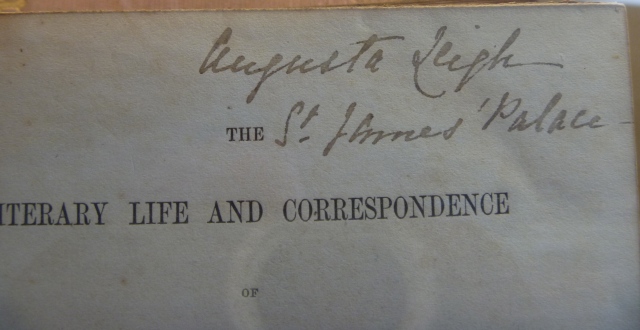 With no idea who the Augusta was Audrey Kingsnorth began an investigation  that lead her to the Byron connection. Not only was Augusta Lord Byron’s (mad, bad and dangerous to know) lover, she was also his half sister, the result of the liaison between John (Mad Jack) Byron and Amelia Osborne. The books had been acquired by the donor (now in her 80s) following the purchase of a London House; the bookshelves of which were to large to move. 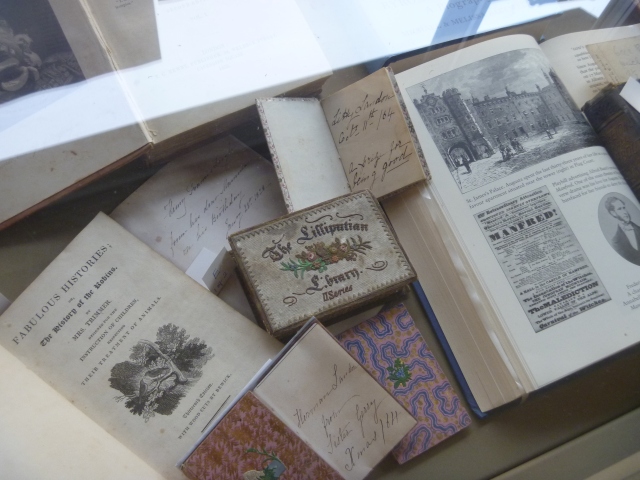 Close-up of the Display

“[One] of the donated books, Trimmer’s Fabulous Histories, is inscribed by Augusta to one of her children: “Henry Francis Leigh from his dear Mamma on his birthday, January 28th 1828″. Henry Francis died at 33, leaving a widow, Mary, and a daughter; Mary remarried and had another daughter and a son. Augusta had seven children, one of whom, Elizabeth Medora, is thought by many to be Byron’s lovechild.”

Valued recently at around £2500 the books will put up for auction at a later date. As the books are currently still on display in the shop I thought I’d pop along and have a look at this valuable donation to the Harewood Bookshop. 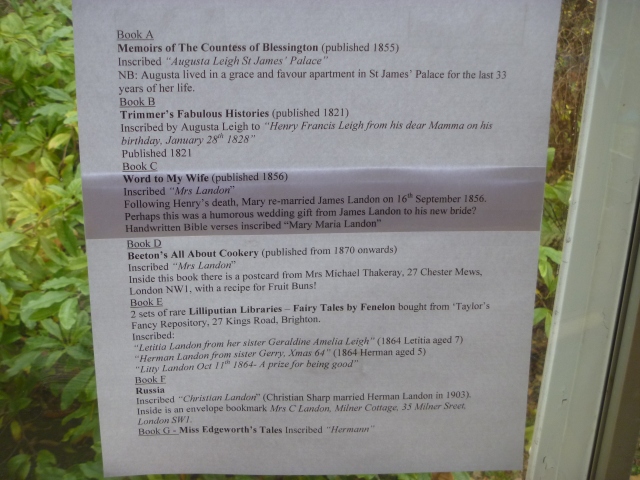 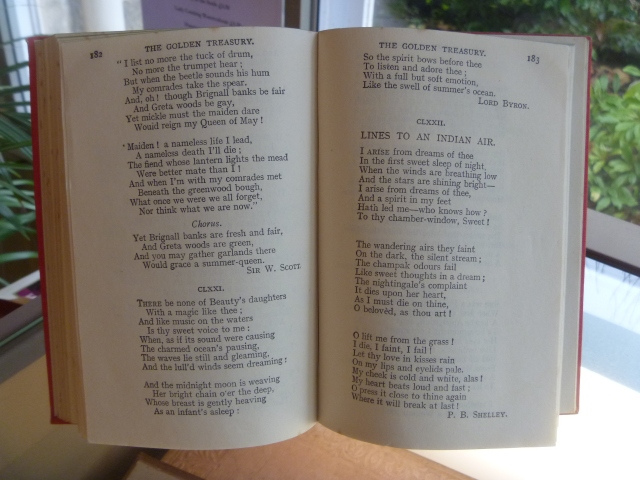