I’ve written about Bern and its bears here once before, about a year ago, when an article in the Independent prompted me to wander down Memory Lane not knowing, at the time, when I’d next make a visit there.

The Old City of Bern is classed as a UNESCO World Heritage site and this is not surprising when you see it. It’s a beautiful city with lovely cobbled streets, beautiful architecture, famous shopping arcades with delightful, mostly ‘one-off’, shops but very far from being a museum-piece. It hosts lively markets and is busy and bustling. I love it.

B had finally finished work for the week and early on Saturday we walked to the Old Town to shop at the market, have a coffee and walk along the arcaded streets down to the new ‘Bear Pits’ – or Garden, really – on the opposite bank of the River Aare. It was freezing cold and snowing but this didn’t stop anyone going about their business and the market (although very much bigger and busier in the summer months) was thriving. 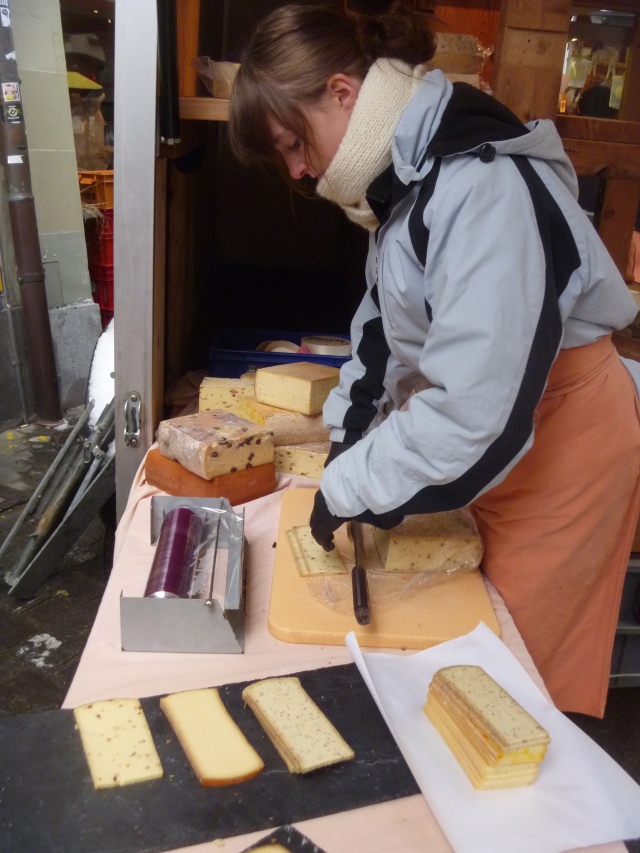 B knew all the best stalls for buying our commissions: cheese and dried meats for our Raclette evening meal, vegetables and breads. In order to defrost we nipped into the Einstein Cafe – a popular, currently trendy, cafe just by the market and under the (not open in February) Einstein House Museum. [I discovered on this visit that Einstein also lived for some time in the same street as B but as it was dark on Saturday evening I was unable to take a decent picture – next time!]

Warmed, we left the cafe to visit the bookshop over the street. Naturally, we browsed and chatted about the books and authors we saw and B ended up buying a book, which, had it been in English, I too would have succumbed to buying. Translated the title is “On the track of Byron and Tolstoy: a literary hike from Montreux to Meiringen”. I’m hoping that in the spring B and P may put this reading into action and participate in at least some of this week-long hike and report back to me on its progress.

From here we walked through arcades until we finally had a view of the Bernese bears new ‘garden’ no longer a pit but a very open area alongside the river – much more pleasant for both bears and visitors. Of course, the bears were sleeping so we didn’t catch sight of any.

The new Bear Garden in Bern

You won’t be surprised to see that bears turn up everywhere in the city and Canton of Berne. 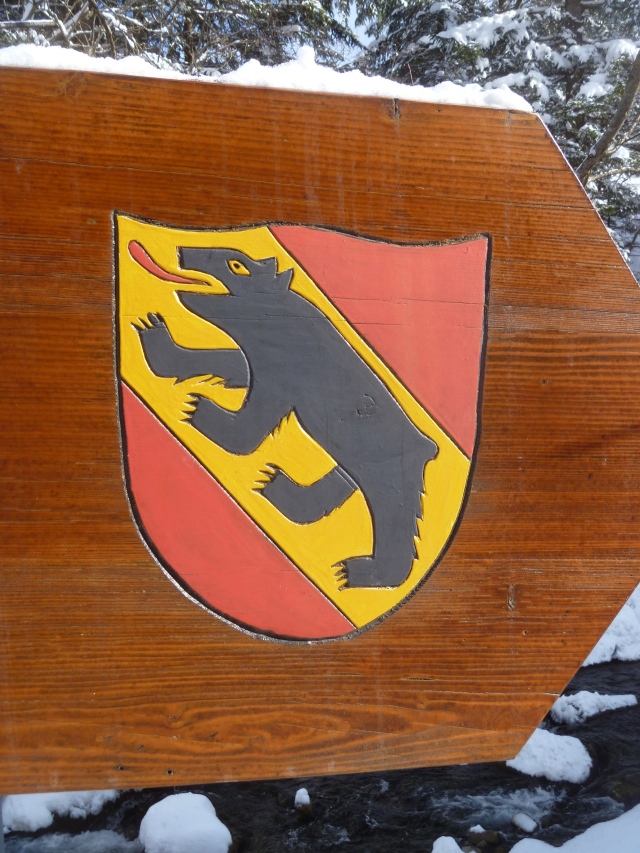 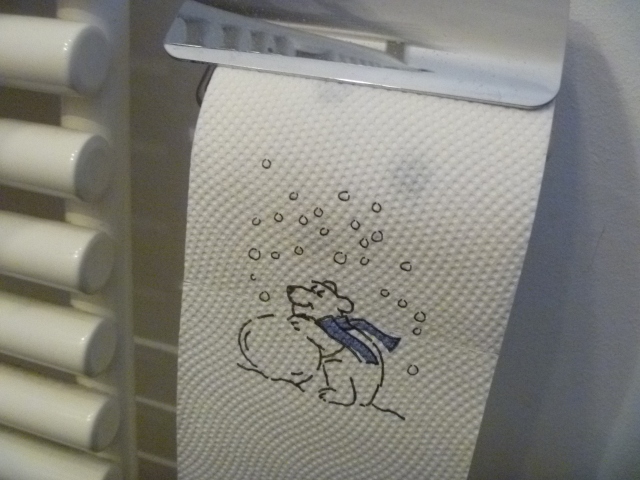 7 comments on “The Bernese Bears and the Saturday Food Market”