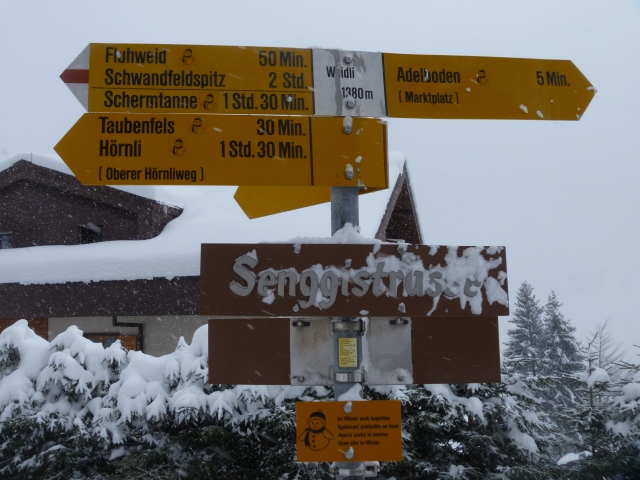 When I arrived in Adelboden the Friday before last I had with me hiking instructions for a “Panorama trail on a sunny slope” supplied on the myswitzerland.com website. It was already snowing madly so I enquired at the Tourist Office whether the trail would actually be cleared. The response was that the trail was closed due to avalanche warning. An alternative was suggested and the details supplied. It’s never a problem undertaking a hike in Switzerland. You don’t need maps and GPS and all that pallaver. Every time there’s a cross roads or split in the path the sign will indicate the way. It will also give an indication of difficulty and an approximate time to get you comfortably to your destination.

Adelboden from my snowy path

My recommended destination was to be Schermtanne where there’s a restaurant and from where I could catch a bus back to Adelboden in time for my 2pm appointment at Our Chalet. An hour and a half steady walk would be just fine. Still the snow continued to fall as up and up I went along the snowy path. The whole valley soon spread out before me but no sign of the snow abating.

Too deep for my boots!

The road became a track, became a path and the snow got deeper and deeper. After three quarters of an hour I came across a woman with snow shoes and with two small children in sledges pulled by two dogs.

The woman advised me not to go any further as I was not wearing snowshoes. I carried on to a little viewpoint and the next sign post. 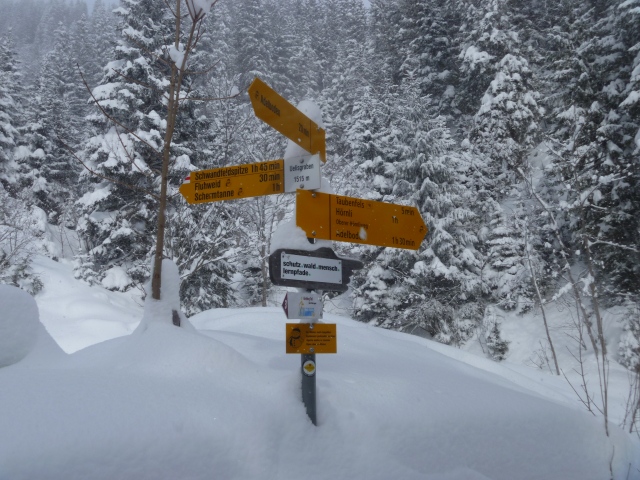 The snow’s rather deep so time to turn back.

From there I was happy to descend to town again. The snow began to ease up and by the time I was back in the village the sun out and blue sky showing behind the clouds.

I was glad to get my legs under the table in the Cafe Schmid! 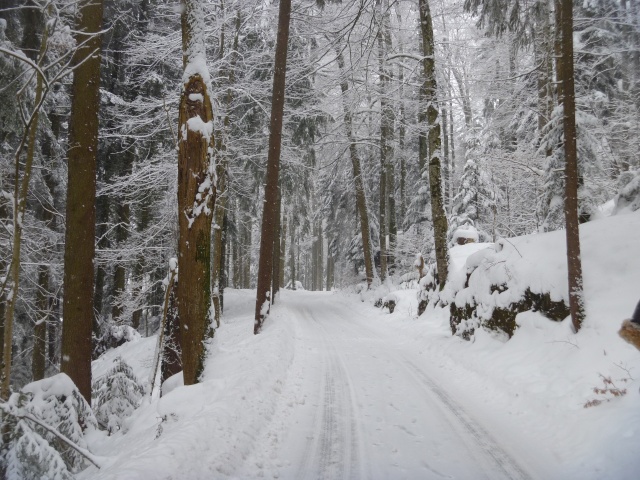 Towering way above Lake Lucerne in Central Switzerland is the rocky outcrop of the Bürgenstock. It isn’t particularly high but the views (on a clear day) are dramatic. There used to be two or three very grand hotels but the whole lot looks to be coming down and a new resort is under construction. In summer there’s a lift from the little quay on Lake Lucerne up to the summit and the hotels (there is even a golf course) but last Tuesday we drove up the twisty turny road from Stans and parked at the Villa Honegg and walked for about 40 minutes along a fairly clear path (considering the amount of snow that was falling). Did I mention that this part of Switzerland had not had so much snow fall since 1970? 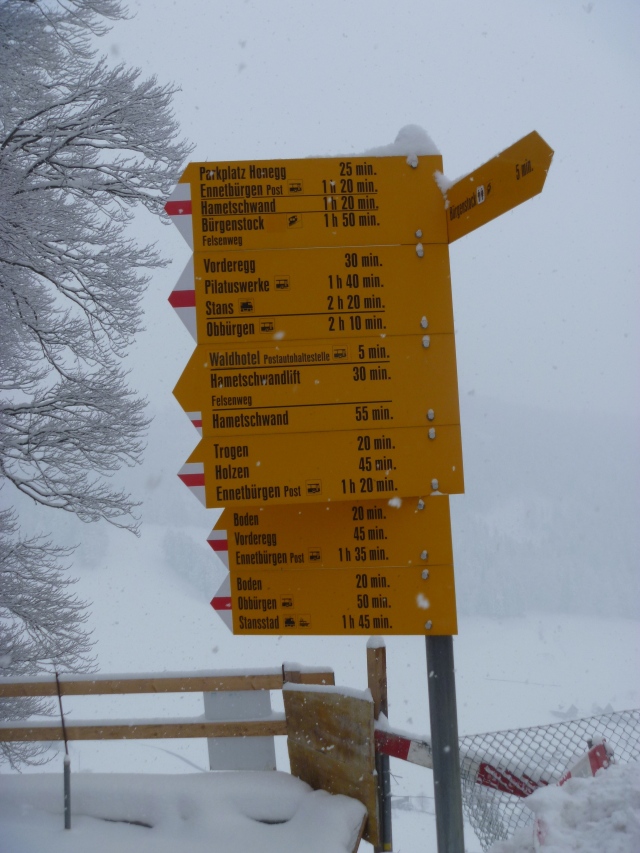 On the Bürgenstock path 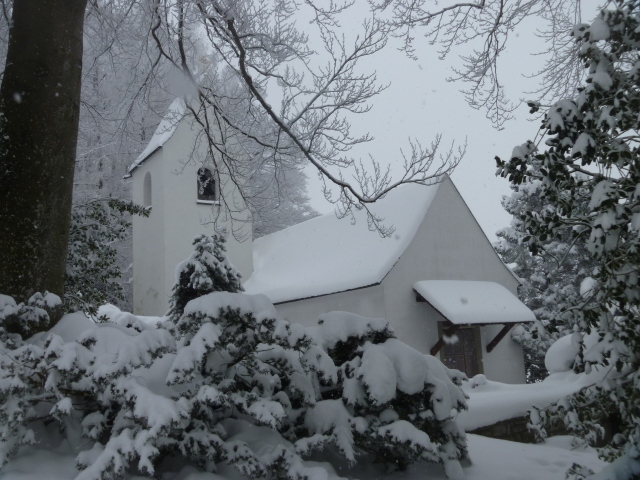 The Chapel at Bürgenstock

We tried to see the view of the Lake but it was impossible so returned to the VH for a warming pot of tea. 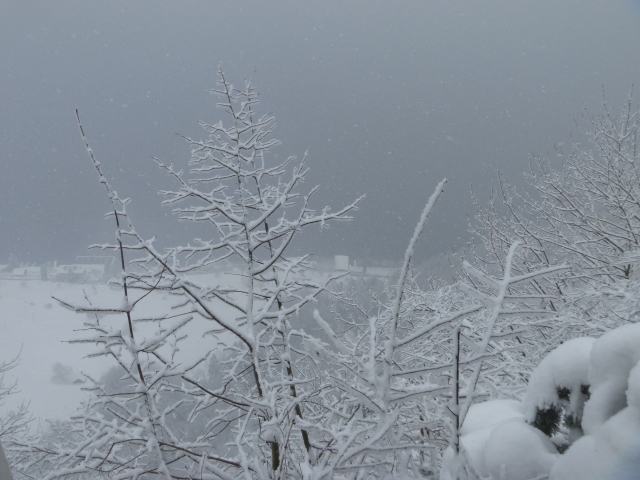 Impossible to see Lake Lucerne from the viewpoint

8 comments on “Walking in a Winter Wonderland at A and B. Adelboden and Bürgenstock.”