Our walk continued from Praia Grande for a further two days. We continued up the coast as far north as Praia de Magoito where the Sintra natural park ends and then turned inland away from the ocean views to the wine growing area of Colares. The town of Colares was  where we spent the next night and our journey on foot continued the next day to Sintra itself via a long stop at the wonderful Palace and Gardens of Monserrate.

In the Gardens at Monserrate 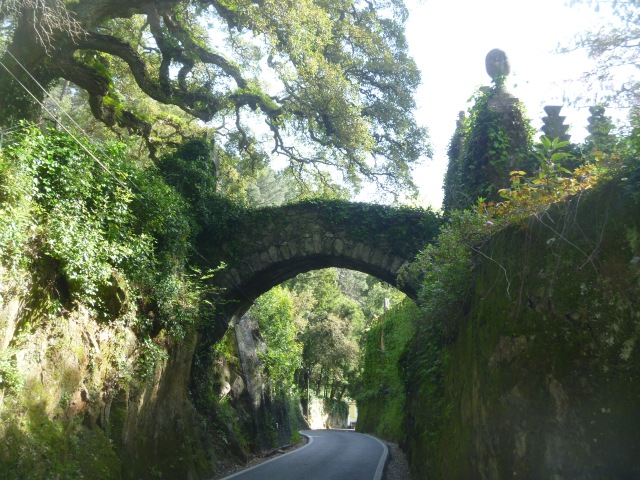 So, on the afternoon of the fifth day of walking we arrived at one of the former town gates and soon reached the famous Lawrence’s Hotel right in the old town of Sintra.

This hotel is the oldest in Spain and Portugal and (I believe) the second oldest in Europe. It has connections with Lord Byron who stayed here and whose portraits appear on many of the hotel and restaurant walls.

We stayed two nights at Lawrences which gave us a whole day to explore Sintra and its palaces.

Most of our time was spent at the Park and Palace of Pena. It’s very popular; even on this Friday in April. There is lots to see in the Palace alone. Ongoing restoration could also be observed here as at Monserrate. 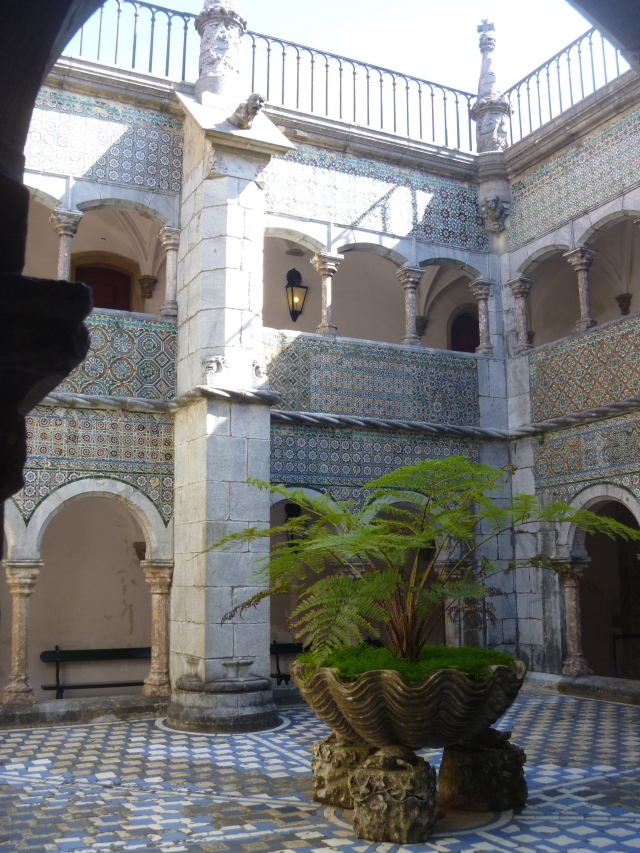 “The Park and Palace of Pena are the finest examples of nineteenth century Portuguese Romanticism and the integration of natural and built heritage. They constitute the most important part of the Cultural Landscape of  Sintra’s World Heritage site.” [From publicity leaflet]

Originally a chapel and later a monastery  in 1842 work began on a “New Palace” by the King Don Fernando II who left all the property on his death to his second wife the Countess Edla. The Palace and Park were acquired by the state in 1889 and converted to a museum in 1910-12.

“A natural environment of rare beauty and scientific importance, the Park is remarkable as a project of landscape transformation of a hill, barren at the time, into an arboretum integrating several historic gardens. It occupies almost eighty-five hectares of exceptional geological and climatic conditions.” [From publicity leaflet] 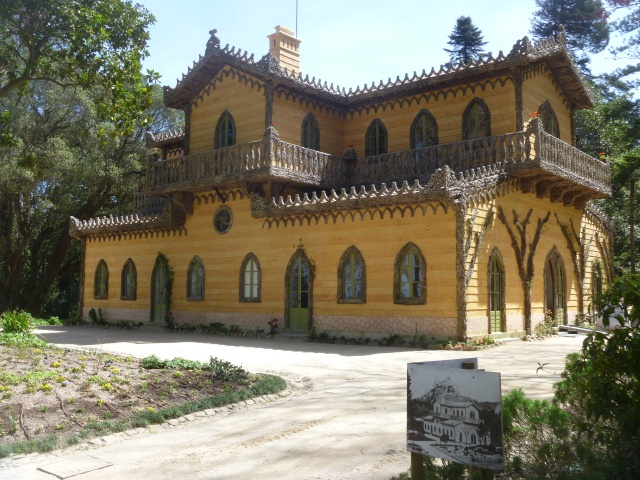 We could have spent hours in the grounds alone. Leaving the Palace you are soon away from the crowds and we decided on a route that would take in the Chalet Edla.

Lush Greenery of the Pena Park

We had understood that due to damage following the storms in January the Chalet would not be open to the public. So we were surprised and happy to find that on that very day it was reopened  to the public! We bought our tickets and took a look round this unusual summer house built by Don Ferdinand for the Countess between 1864 and 1869. The Chalet also deteriorated badly over many years and in 1999 was damaged by fire. Here, again, renovation work is still ongoing. I’m not sure to what extent the recent storms damaged the house but there’s been a magnificent effort to restore this building to its former glory. 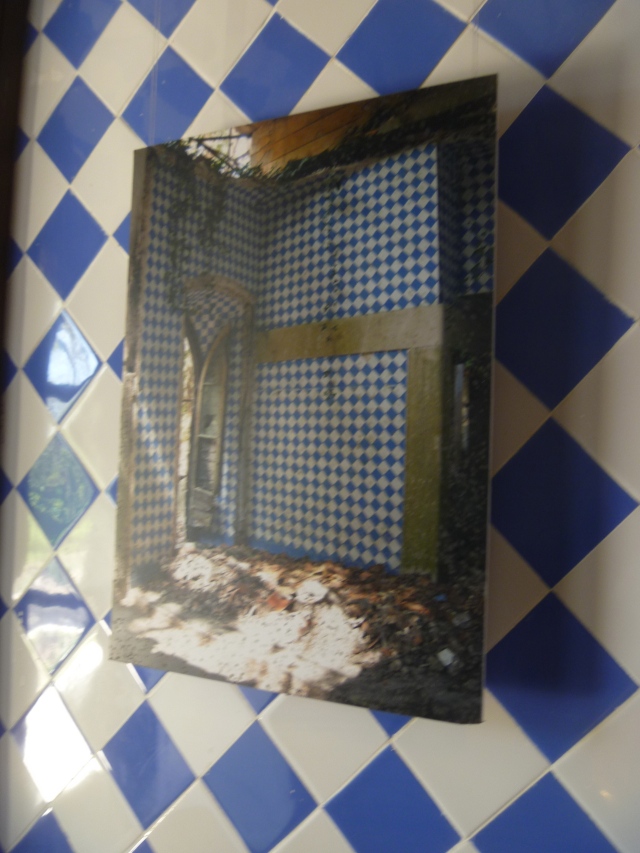 Photographs show the extent of the damage

Renovations at The Chalet Edla

Upstairs at The Chalet Edla

From the Pena gardens we stepped across the road to the Moorish Castle which is really just ramparts. But they are impressive  ramparts. 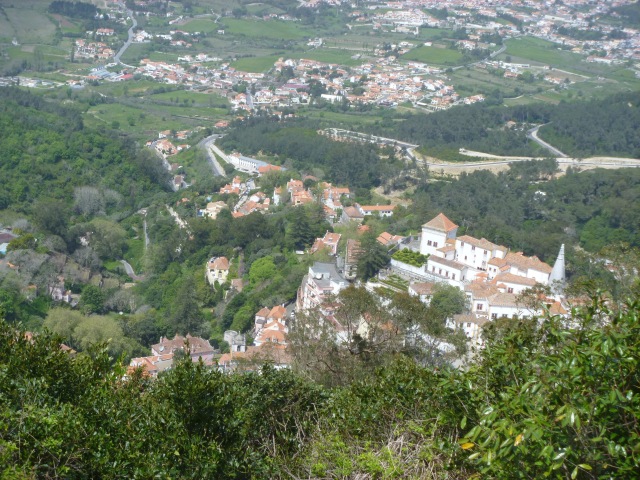 Sintra from the Moorish Castle Ramparts

They tower over the town and we could see them from our terrace at Lawrences.