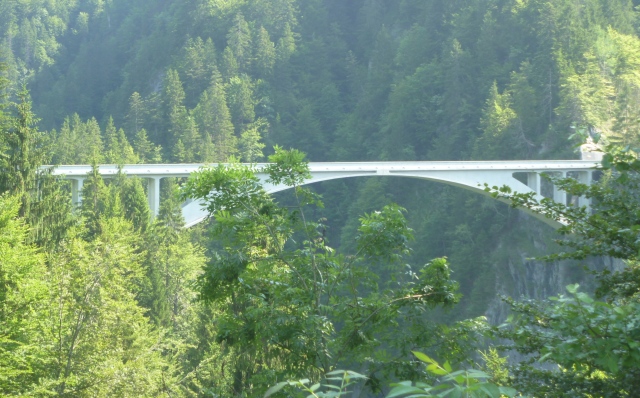 Just outside the village of Schiers where I’m staying is a World Monument – The Salginatobel Bridge. It isn’t UNESCO World Heritage protected as I had originally thought but is specially recognised and has been awarded the honour of being an International Historic Civil Engineering Landmark. 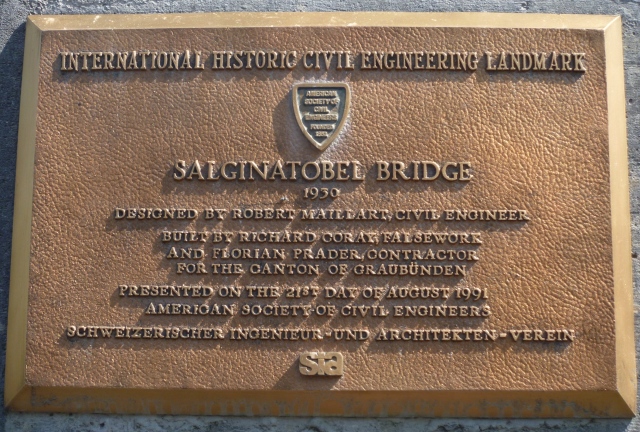 It is little used but has a fascinating history as it looks like a very modern bridge but in fact was built and opened in 1930/31. Robert Maillart, the Swiss engineer whose company won the contract to build the connection over the 90m gorge, was a pioneer in the use of reinforced concrete and this bridge is an outstanding example of his work. 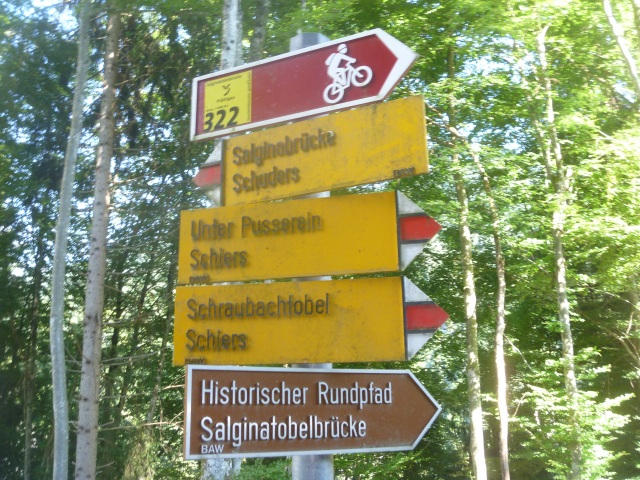 I did come across it by accident on one of my walks but at the weekend friends drove me up to it again to get a better look at it and to visit the viewing platform which I had missed previously. 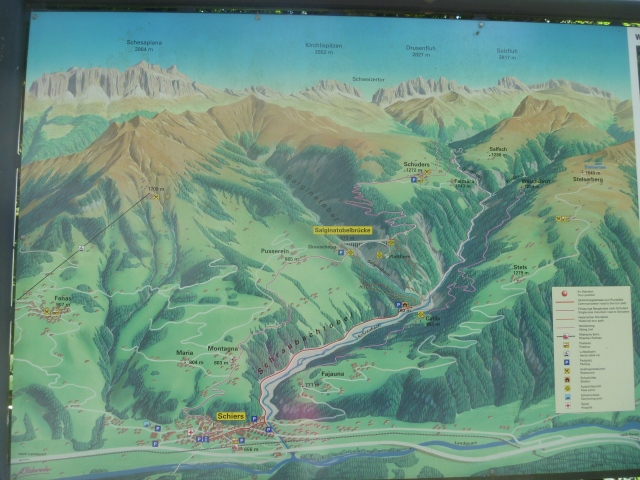 Map showing Schiers and The Bridge 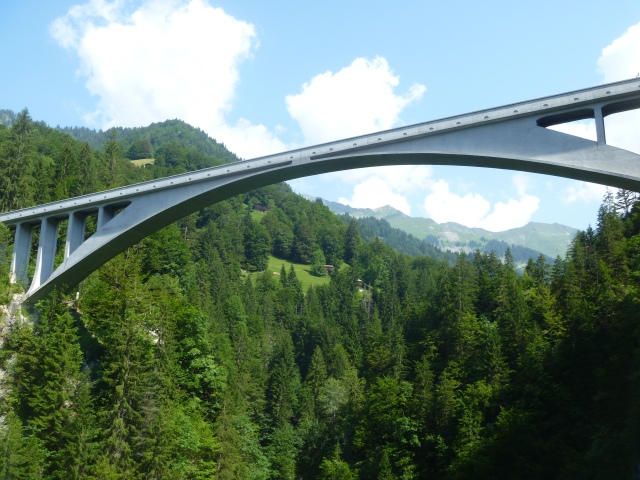 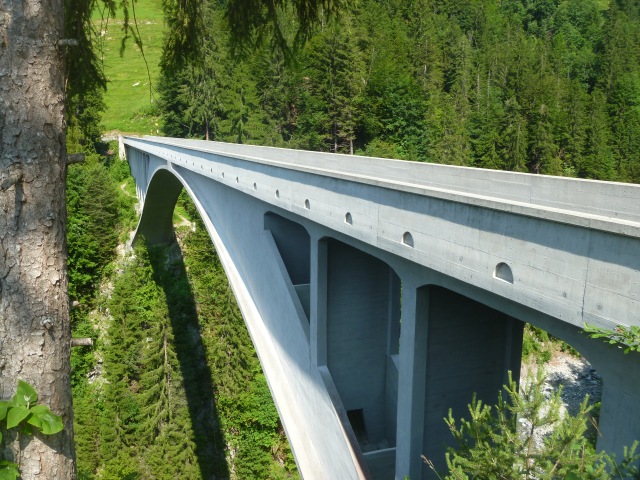 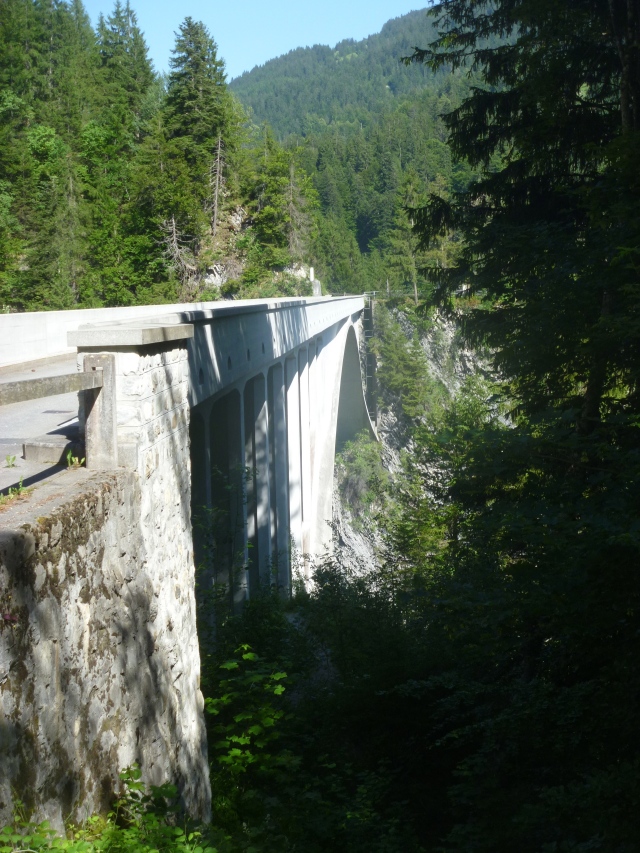