My knowledge of the life and philosophy of Friedrich Nietzsche comes entirely from the writing and TV programme made by Alain de Botton a few years ago in his series Philosophy: A Guide to Happiness. Here is the episode on Nietzsche. In it he visits the house in Sils Maria where FN spent several summers in the 1880s. I was at that house last Saturday.

The village of Sils Maria is in huge contrast with nearby St Moritz with its glitz and glamour. I will however say, very much in its favour, that the setting of St Moritz is simply breathtaking.

Sils Maria is in a no less dramatic situation with a lake and mountains but it also has much prettier architecture, very distinctive of the Engadine region, and a varied and interesting summer cultural programme. Some of it focussing on the Nietzsche House but lots more besides – walks, concerts, talks – many with literary connections.

Some brochures I picked up in Sils Maria

There’s a fantastic library and a huge amount of primary and secondary material at the house and it’s also possible to stay there as a guest and facilitate oneself of these research sources. Read more about the donations to the library here.

Just part of the collection of Nietzsche’s works

A Corner of the Library 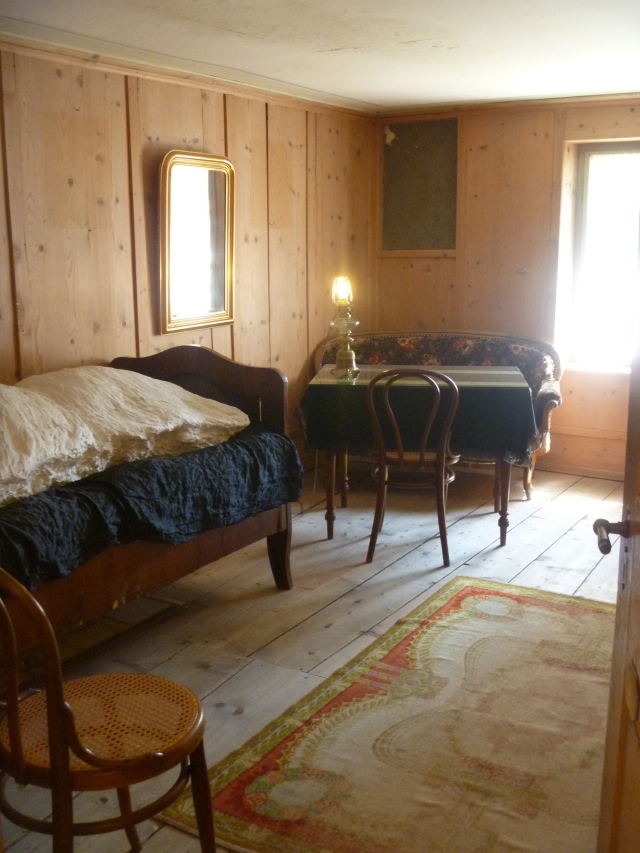 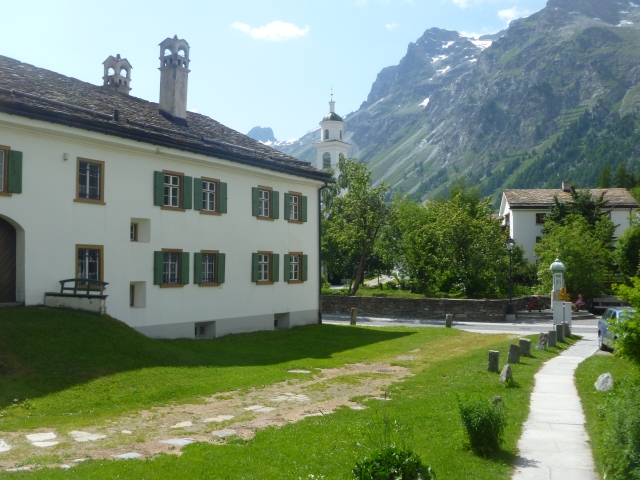 The View from Nietzsche’s House