Last year at the Cowside Open Day I met Rosy and as we dried the pots in the kitchen together she told me she was reading The Plot by Madeleine Bunting. It’s based on a small parcel of land in North Yorkshire. She mentioned that the name of the plot of land was Scotch Corner and it was just near Kilburn and Sutton Bank. I looked up the name on the OS map and found it clearly marked and, intrigued, borrowed the book from the Library. The author is a Guardian journalist but she is also the daughter of the artist who built a chapel as a war memorial on the plot of land and decorated it with his own sculpture work. You can read more about the book in this Guardian review. 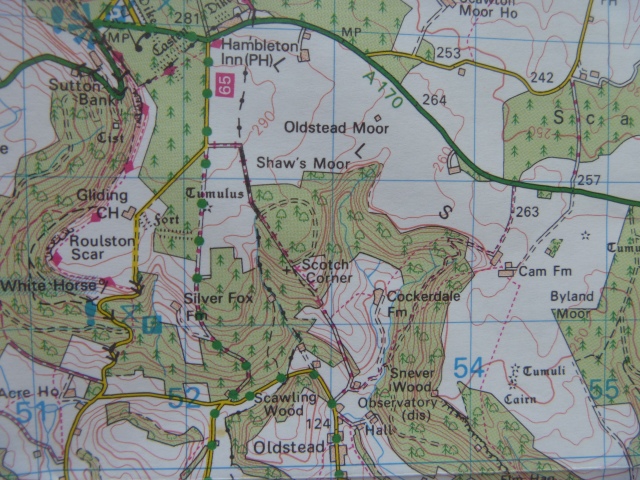 With it having a local interest and the fact that I liked it a lot I recommended it to my local book reading group. Our discussion (it had very positive responses) was held in early June. Observant members of the group had noticed a feature in a recent edition of the Yorkshire Post and brought the clipping along to the meeting.  The article finished with :

“The chapel will be open between 12pm and 4pm to visitors and directions can be obtained from Sutton Bank National Park Centre. The chapel is located at Grid Reference SE 526, 814 and it is a 20-minute walk to the nearest parking.“

A quick look at the link to the North York Moors National Park site revealed the dates later in the year when the Plot and The Chapel would be open for viewing.

“The tiny, remote Chapel will be open for the public to see inside on Saturday 18 May, Saturday 20 July and Saturday 14 September this year.”

The group planned a picnic for the Saturday 20 July but I had also mentioned the book to another friend who lives in Cheshire and we’d planned to visit this summer. We invited Rosy to join us and all met up at Byland Abbey. From there it was a short hop to Kilburn and pub lunch outside at The Forresters Arms. Rosy, who lives nearby, took us to a parking place near Oldstead and we walked uphill along the old drovers’ road to Scotch Corner.

At The Plot a small crowd was inspecting the Chapel and there also was the book group; picnicking in the sun. Madeleine Bunting’s brother, Bernard,  gave a brief introductory talk and we later looked inside the memorial and the hut that also occupies the small grassy site.

Carvings on the Chapel door 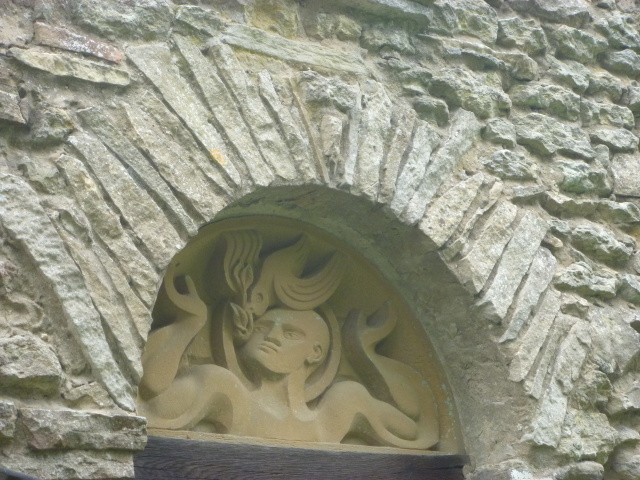 Lintel above the entrance 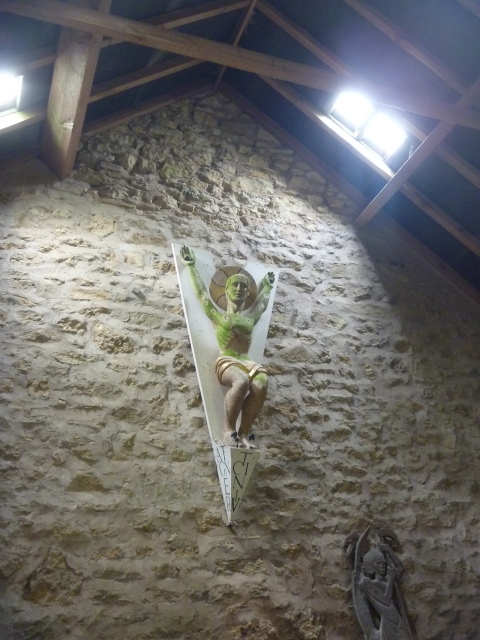 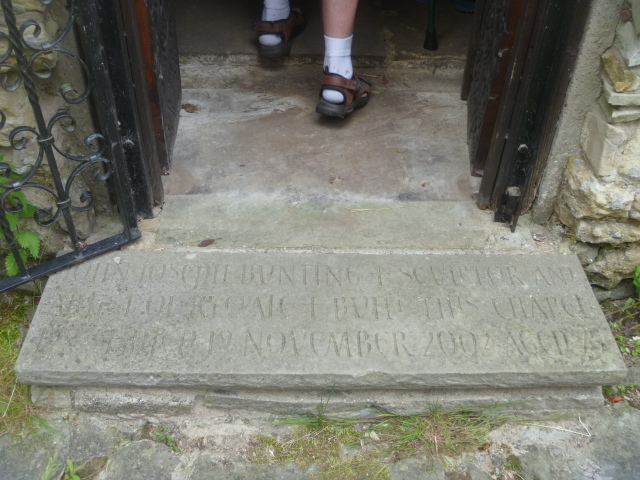 Memorial Stone to John Bunting (at entrance to Chapel)

We soon began to feel the need of a cup of tea and piece of cake so returned to the car and to Kilburn where the Mouseman T Shop was able to supply both in ample quantities.

6 comments on “A Visit to The Plot”