Last Sunday was the day to do a practice walk in preparation for the ‘real thing’ on Thursday this week (17th October) when it is my turn to lead the Thursday Walk for the Weekday Wanderers. In August I’d done a walk from Fountains Abbey but this proved rather uninteresting so I was inspired to try a different one to present to the group. Twice this year we have walked from Hetton around Winterburn Reservoir, with slight variations each time. Memories of the wonderful views across to Cracoe Pinnacle inspired my choice last week.

A friend, and fellow Wanderer, agreed to accompany me. In the past both of us had had difficulty finding one of the paths down to Cracoe but we felt that with both of us working on the challenge, and our previous experiences, we would find a suitable descent. And we did. 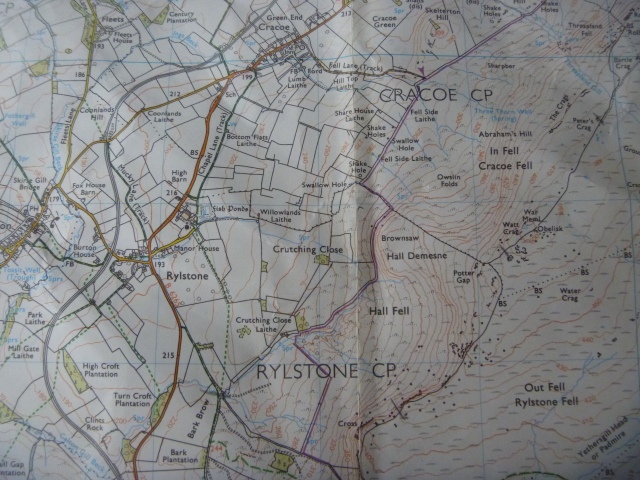 There are several versions of this walk but the one we finally decided on was from the Yorkshire Post – Rylstone Edge in the Saturday ‘Walk this way” series, 24 July 2010. [NB This walk is not listed on the link]

We parked by the picturesque duck pond in Rylstone (yes, yes, home of the Calendar Girls, remember them?) crossed the B6265 (Skipton to Grassington road) took the track past the Manor House to St Peter’s Church and from there headed across fields and along another decent track to the Access Point to Barden Moor and Barden Fell Access Area. 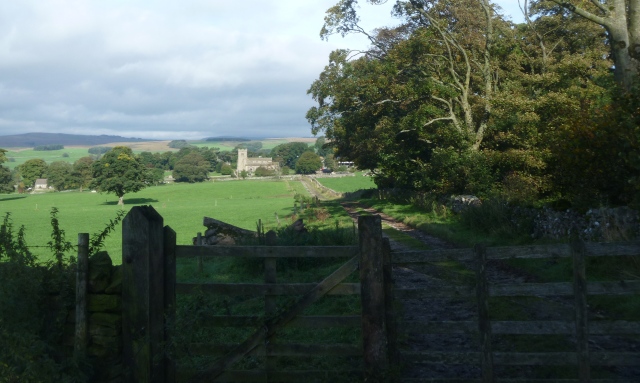 Looking back to St Peter’s and Rylstone

Through the gate we took the track which rose steadily until we were almost on a level with our first monument – The Rylstone Cross. A left turn took us gently up to the cross itself. This 1995 cross replaced the original 1815 cross that commemorated the Treaty of Paris near the end of the Napoleonic era.

Between the War Memorial and the Cross [Memorial in middle distance]

From the cross, along the ridge, we kept to the eastern side of the dry stone wall until we reached the second memorial The Cracoe Obelisk War Memorial which records the names of those Cracoe men who died in the First and Second World Wars. 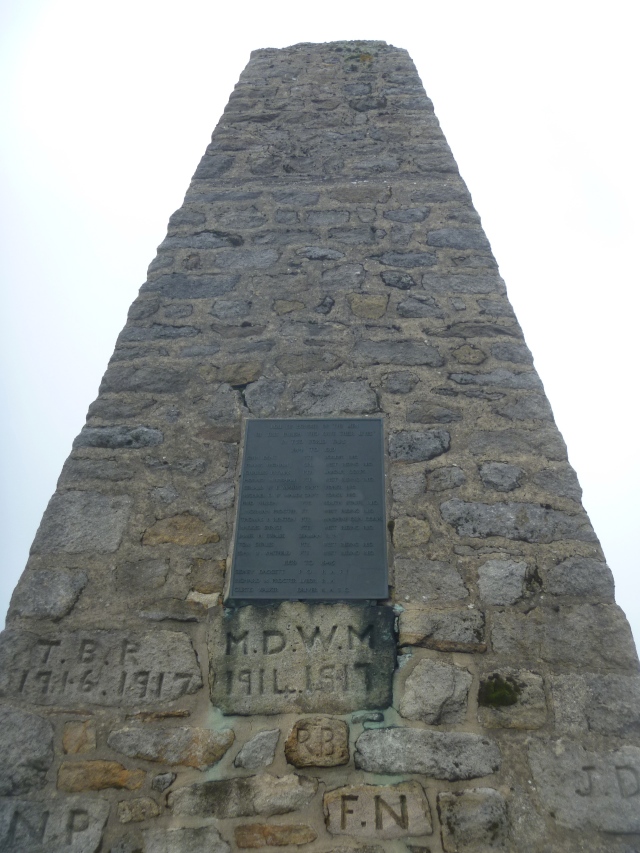 It is the path down to Cracoe that has proved elusive in the past and you run the risk of ending up in very marshy ground which is impossible to pass through. This time we managed to find a good clear route and emerged from the least marshy area at some old sheepfolds on the edge of Cracoe village at the top end of Fell Lane.

The lane leads down to the village which is where you leave the Access Area. And here the big disappointment was revealed – the whole area is closed to the public on a list of 14 days between the end of September and the end of October and one of these is Thursday 17th October!! So, having negotiated a perfect route for a day out with superb views across the Yorkshire Dales the walk will have to be shelved until next year at the earliest.

The final walk back to the car was along a quiet track (Chapel Lane) behind the village and parallel with the main road past St Peter’s Church, Rylstone again and so back to the car. Looks like I’ll turn back to the uninspiring walk from Fountains Abbey for next Thursday 😦 .